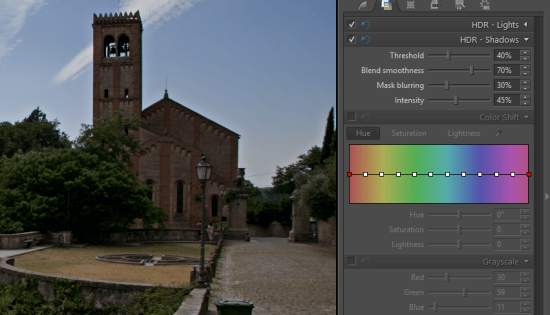 Spend enough time fiddling with your d-SLR or poking around the internet and you’re bound to see some talk about RAW photography. If there’s a dividing line between “serious” photographers and casual users, there’s a good case to be made that shooting in RAW is it. But what, you may be wondering, is all the fuss about? Read on.

So, what is RAW, anyway?

Digital photos are actually enormous collections of data. So enormous, in fact, that they would quickly fill up memory cards if they were not compressed. Fortunately, they are compressed, shrunk down using a standard (JPEG) which you probably recognize from the “.jpg” hanging at the end of your photo file name. They’re also processed — the camera, using algorithms, makes adjustments to contrast, reduces noise and sharpens your photo in an effort to produce an image it hopes you’ll like.

Compressing and processing photos comes at a cost — the act of compression is essentially the act of removing information. In the case of your photo, that’s color and other data essential to the look of your image.  Processing a photo is essentially turning over decision making to camera algorithms. To preserve all of the information captured by your camera’s sensor with no compression involved, camera makers offer RAW file formats (not on every model, but most d-SLRs and advanced compacts have the option to shoot in RAW). These uncompressed images are also unprocessed so they’re something of a true  “digital negative” since they have not been touched by software during the shooting process.

Photographers, especially the pros, shoot in RAW because they want to exercise complete control over how the final image turns out. With a RAW file, you can make very finely-tuned adjustments to things like dynamic range, sharpness, color temperature, exposure and more — and since the file has not been processed or compressed, there’s a lot more information (or “room”) to play around. Put another way, RAW files offer enormous flexibility for editing. They’re as close to a blank canvas for your photographic creativity as you can get.

Is RAW better than JPEG?

This is actually a trick question since it’s both subjective and misses the point of what shooting in RAW allows you to do. If you simply stare at an unprocessed RAW image next to a JPEG, chances are it wouldn’t be as appealing since, as Tomas demonstrates, unprocessed RAW images tend to be a bit “flat and dark.” After you process them, and let your full creativity bloom, the results can be stunning. With a RAW photo, it’s all about what you do with them. From a practical standpoint, shooting in RAW is more difficult. RAW files are considerably larger than JPEGs, taking up more memory. Editing RAW is also more draining on your PC vs. editing JPEGs and also more time consuming.

If you’re a casual photographer, the complexities and demands of RAW photography won’t be worth the hassle. If you’re serious about exploring photography however, shooting in RAW provides a tremendous opportunity for exploring subtle nuances in the processing phase.

Yes indeed. If you spring for Photo Studio 16 Pro you’ll get a RAW Module that will let you view and process RAW images. The RAW Module is quite a bit different from Photo Studio’s standard Editor but it’s equally simple to get the hang of. You can read a full primer on Photo Studio’s RAW processing capabilities here.