Have you ever felt that worrying about capturing the moment sometimes distracts you from enjoying the moment? Well, apparently for most of us, that’s simply not the case. A recent study published by the American Psychological Association suggests that people who take photos of their life experiences usually enjoy the events more than people who don’t.

“To the best of our knowledge, this research is the first extensive investigation examining how taking photos affects people’s enjoyment of their experiences,” wrote Kristin Diehl, PhD, of the University of Southern California; Gal Zauberman, PhD, of Yale University; and Alixandra Barasch, PhD, of the University of Pennsylvania. “We show that, relative to not taking photos, photography can heighten enjoyment of positive experiences by increasing engagement.”

In the study, published in the Journal of Personality and Social Psychology, Diehl and her colleagues outline a series of nine experiments involving over 2,000 participants in the field and the lab designed to examine the effect of taking photographs of an experience on people’s enjoyment of an activity.

In each experiment, individuals were asked to participate in an activity (e.g., taking a bus tour or eating in a food court) and were either instructed to take photos during the activity or not. Afterward, participants completed a survey designed to measure not only their enjoyment but their engagement in the experience. In almost every case, people who took photographs reported higher levels of enjoyment.

While the common notion may be that stopping to take photographs would detract or perhaps make one feel disengaged from the whole experience or make it less pleasurable, participants who took photos reported being more engaged in the activity, according to the study.

“One critical factor that has been shown to affect enjoyment is the extent to which people are engaged with the experience,” the authors wrote. Photo-taking naturally draws people more into the experience, they found.

Diehl mentions that in one experiment, participants were instructed to take a self-guided tour of a museum exhibit while wearing glasses that tracked their eye movements. The researchers found that those who took photos spent more time examining the artifacts in the exhibit than those who simply observed.

Not Always So Snap-Happy 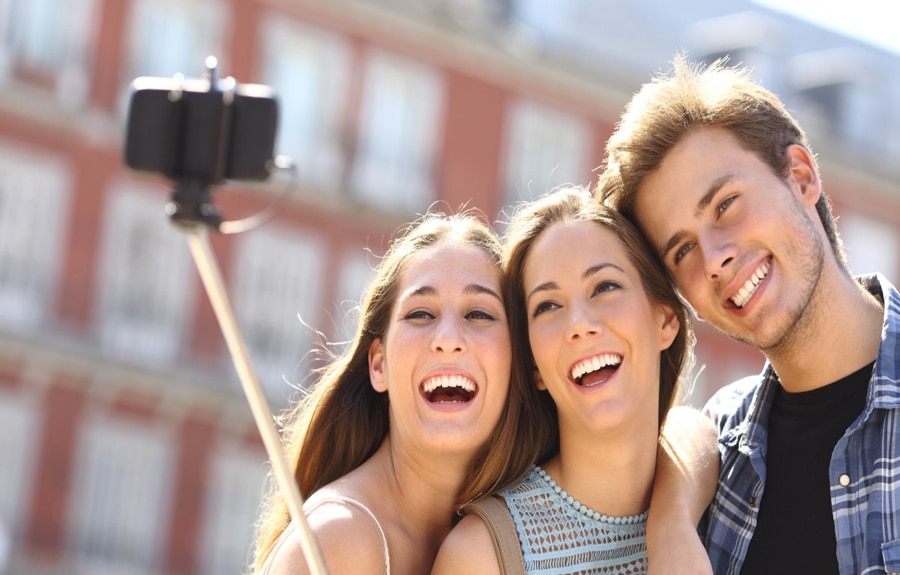 The study did reveal a few instances where picture-taking did not have a positive effect, such as when the participant was already actively engaged in the experience. Diehl commented that in one experiment they conducted, individuals were asked either to participate in an arts and crafts project or to observe one. While taking photos increased the enjoyment of observers, it did not affect enjoyment of those actively taking part in the experience.

Another instance where photo-taking did not appear to increase enjoyment was when taking photos interfered with the experience itself, such as having to handle bulky and unwieldy camera equipment.

And photo-taking can make an unpleasant experience even worse, the study found. In one instance, participants went on a virtual safari and observed a pride of lions attacking a water buffalo, a sight most people found aversive. Photo-takers in that instance reported lower levels of enjoyment than those who saw the same encounter but did not take photos.

The research also discovered that this effect is not limited to the action of taking pictures. Participants in one experiment reported higher levels of enjoyment after just taking “mental” pictures as they were going through the experience. Of course we all know the problem with mental pictures is the fact you can never print them out.

While photo-taking can increase enjoyment in many circumstances, this effect requires active participation, according to the researchers. Diehl and her team were quick to point out that cameras that record any moment of an experience without the individual’s active decision of what to capture are unlikely to have the same effect.

Mexico and Guatemala: Photography in a Tropical Jungle