Unless you’ve been living in a cave that last four or five years we’re sure you’ve heard that video has become a fairly big deal …in the advertising world, on the Internet, in the mobile space and yes, also in photography.

In fact, video is rapidly becoming the “dominant medium of the smartphone era” — and is now growing three times as fast as spending for video on desktop.

Ok, so why am I opening this blog up with stuff you undoubtedly already know? Well, because the SD Association, the consortium behind the cards you may be using in your digital camera, has announced a new faster speed class for SD cards….and it’s ultimately all about more effectively capturing video. The new SD 5.0 cards feature what the SD Association says is their fastest speed class to date, and they are specifically designed to support 4k, 8k, 3D, and 360 video recording (and yes, by default, extremely fast still shooting). They tell us the speeds will begin at 6MB per second (V6) and lead up to 90MB (V90).

Based on my opening, this is a big deal for “photographers” and photography moving forward. 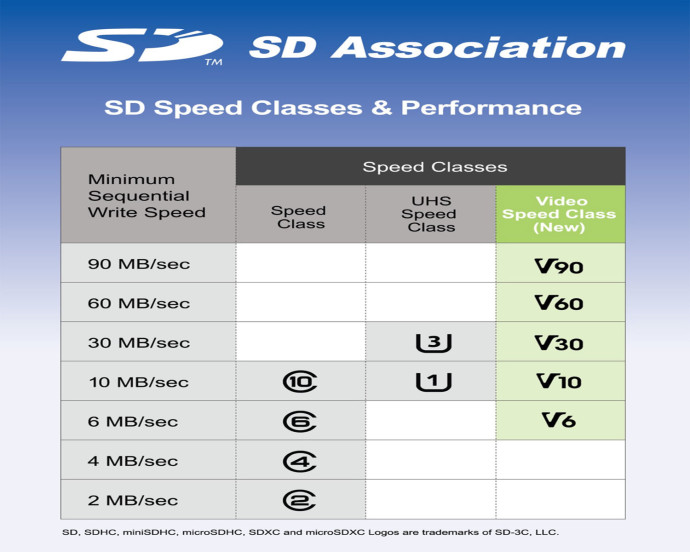 “With Video Speed Class, SD device and memory card manufacturers can offer the highest-quality video recording to consumers and professionals that keep pace with the awesome video resolutions not only offered today, but anticipated tomorrow,” said Brian Kumagai, president of the SDA. “New products leveraging the capabilities of Video Speed Class will be based on the high storage capacities offered by SDHC and SDXC memory cards.”

A white paper is available online that goes into far more detail on exactly what the SD Association has with this new faster speed class for SD cards.

The SD Association has clearly been doing their homework as new research from BI Intelligence claims that digital video advertising was projected to have hit over $5 billion in the U.S. for 2015. Add to those gaudy numbers the fact those same projections show it could grow at a five-year compound annual growth rate (CAGR) of 21.9 percent.

Eyes and Lips Make the Portrait— Emphasize Them with Easy Edits