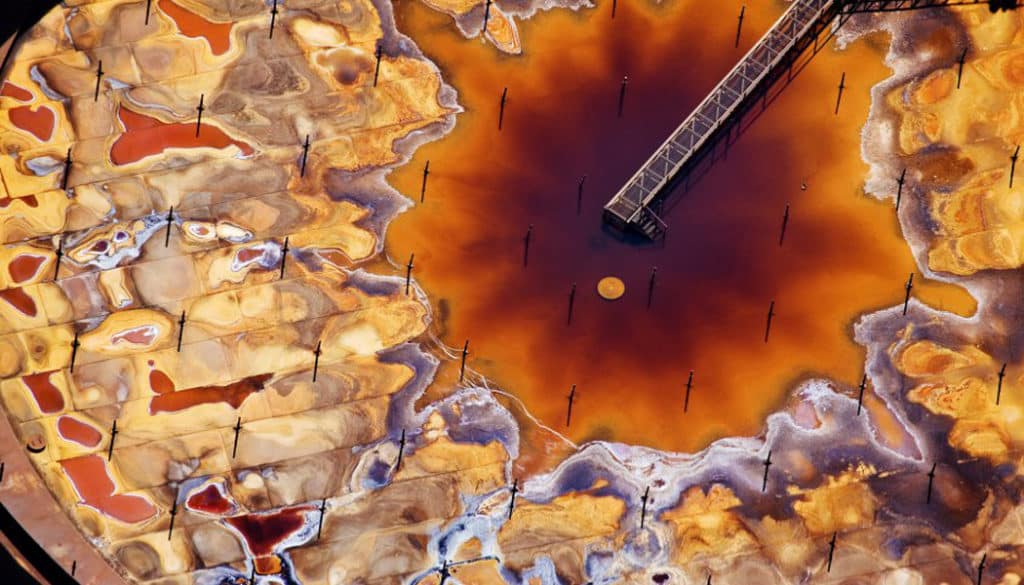 They call it the 10,00 foot view – this idea that a view of something from this vantage point will give a very board perspective of it, if perhaps be a bit short on details.

Photographer J. Henry Fair has essentially set that expression on its ear with his series of aerial photographs called Industrial Scars. His collection of environmental images, taken from a small Cessna plane, have been put together in a 204-page coffee table book and do the exact opposite of what the aforementioned expression suggests, instead revealing the horrific details of what we are doing, on a daily basis, to our planet.

A true environmentalist himself, Fair hopped on that plane with two goals in mind – to get that broad view of the landscapes he shot and also zero in on the tragic effects created by human impact on our planet.

More Than Meets The Eye

As the book’s foreword explains, at first glance Fair’s photographs are mesmerizingly beautiful: taken at bird’s eye perspective from that small plane, their shapes, colors and details give them an aesthetic quality that entrance and capture the imagination, yet concern and horror creep in on the realization of the true reality of the subject.

At first look it’s hard to actually even tell what you’re looking at with many of the book’s images as most are actually quite stunning. And that’s exactly what Fair was hoping would happen. The initial beauty of the images is the secret sauce in what Fair is attempting to do here – get people’s attention and, more importantly, get them asking questions. He’s hoping once they hear the shocking answers more people will want to put a stop to what’s happening to our environment.

“We’re all fighting apathy. We’re all saying, ‘Well, what I do doesn’t really matter.’ But in fact it does,” Fair says.

Fair explains that his curiosity with aerial photography goes back to 2000 – and he even pinpoints the exact moment that his interest was piqued. It was on a red-eye flight from California when he spotted a disturbing scene outside his window seat – a sinuous river, with smoke stacks along its banks, pumping noxious clouds into the sky.

A short time later he rented that first Cessna and began shooting some similar scenes over the skies of Louisiana. After capturing these initial images, Fair did some research and the more he learned about toxic waste disposal and environmental degradation, the more he wanted to learn.

Once you begin turning the pages of this book you are struck by what appears to be oddly beautiful landscape shots but as you read the first few captions you realize what you’re looking at is actually nightmarish, environmental neglect. Bravo to Fair for a project that clearly transcends its photographic efforts. 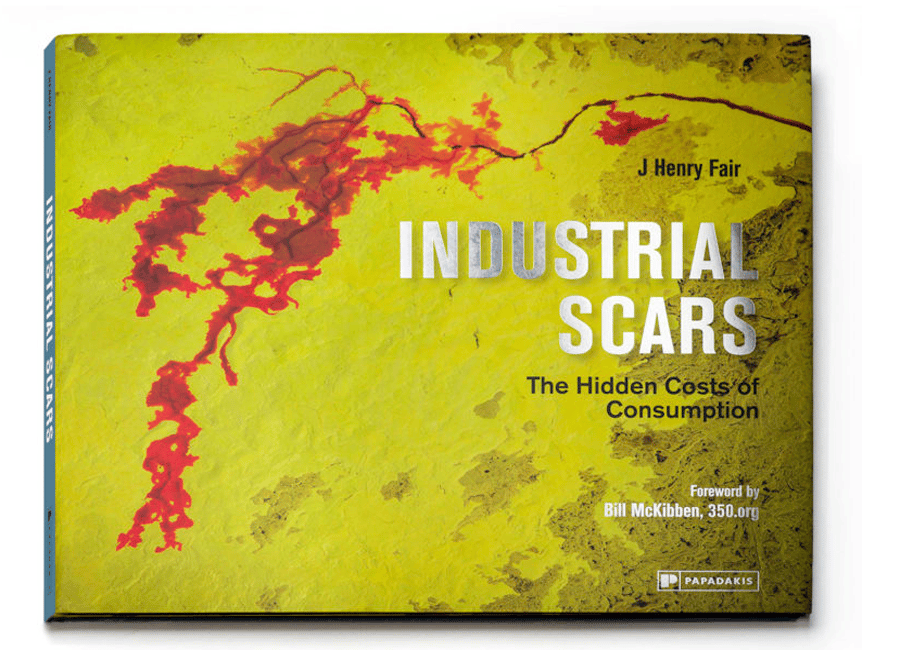