We’ve been chatting a lot about more traditional photography goings on of late as we just wanted to prove to you all that there’s more to life (and photography) than just snapping away with your smartphone all the time.

But, we dare say, there is always a reason it seems (actually lots of them) for us to return to news happening on the smartphone front. And so, we bring you the latest from Microsoft and their eye-popping Photosynth tech and it’s pending arrival for iPhone users as an app that allows you to easily create very impressive immersive 360-degree panoramas.

Perhaps best of all is the simplicity with which you can create these panos as all you need to do is load the app and sweep your camera around in every direction and the app automatically snaps photographs filling in the panoramic image. Photosynth tech was made available for Windows smartphones back in 2013.

While there are quite a few other panorama apps out there, what’s cool about the Photosynth app is that it allows you to make panoramas by stitching photos from all kinds of angles. While you are limited to either horizontal or vertical panning in a regular panorama app, Photosynth will let you move the camera all over to truly capture the entire scene without fear of losing information.

Check out this YouTube link as well as these samples on the Photosynth site to see the possibilities when shooting panoramas with Photosynth.

You’ll have no problem finding loads of tips online on how best to shoot panoramas but there are really just a few keys ones to keep in mind prior to “panoraming” the day away.

Why We’re At a Trillion A Year

We all read about the billions of mages that are being captured every year – in fact InfoTrends recently reported that there were 1 trillion image captured worldwide last year. Insane right? 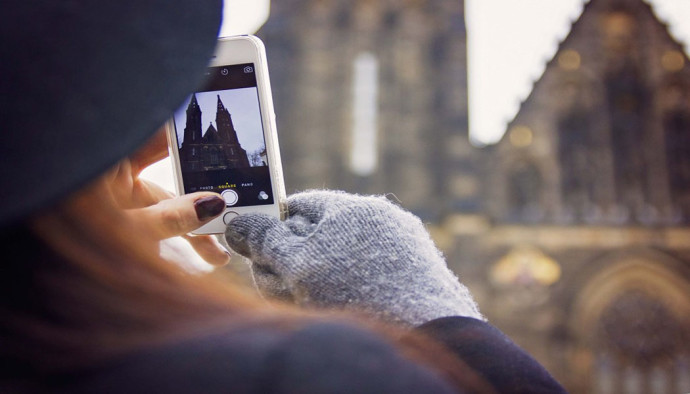 But when you consider the state of photography today, suddenly that number doesn’t sound quite that crazy. Most of us have a camera with us at all times today and the creative options digital tech has brought to the field are simply astounding. It’s safe to say that apps like Photosynth will continue to move that trillion number even higher this year.