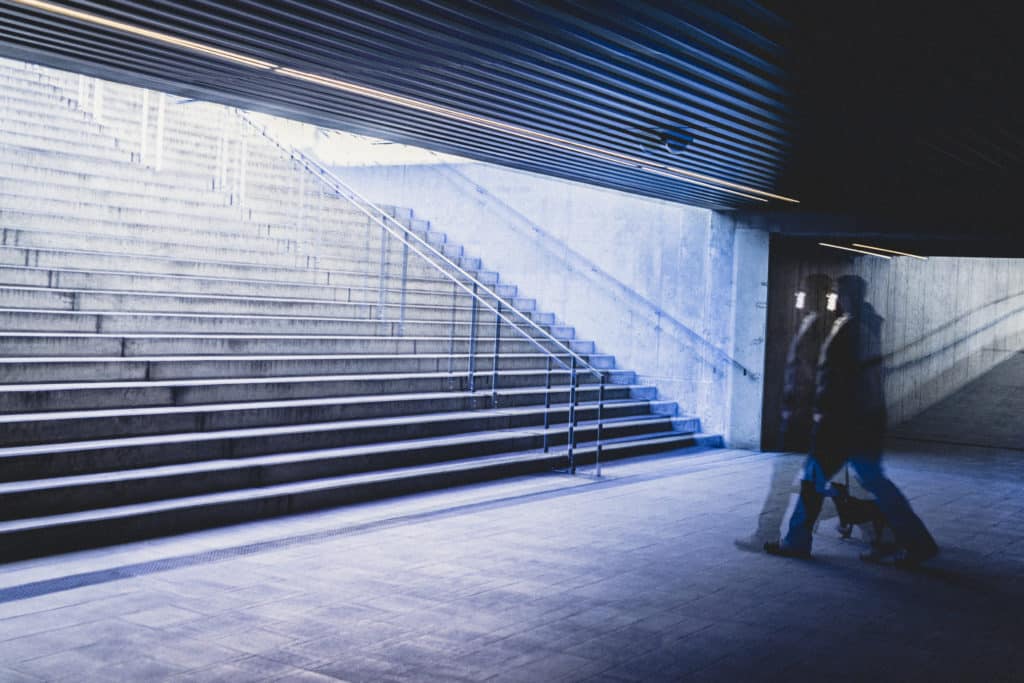 It may seem like getting good street photos is mostly about luck. But being in an interesting place at the right time generally isn’t enough. The best photos are often the result of systematic work and of victory over the challenges that this genre brings.

Street photography is popular among photographers overall, and there are many people doing this genre. After all, heading out into the street with a camera isn’t at all complicated or expensive. But in the flood of street photos, it can be hard to find your own style and signature. In part because, whether or not they know it, many photographers encounter a number of typical troubles on the way to the picture they want. Come take a look at the things you need to watch out for in street photography.

Trying to Get It All Into One Frame

There’s really a lot going on out in the street. People walk back and forth, stop, talk, live in their varied surroundings. Trying to capture everything in one photo leads to a chaotic, overly descriptive photo. In photos like these, it’s hard to tell where the photographer’s interest was. Instead of distinctive pictures, you can end up with a card full of interchangeable snapshots.

Although you can crop your photos later in Zoner Photo Studio to remove the distracting elements, it’s better to think in advance about what exactly you want to photograph.

If you’re ashamed to photograph on the street, then even just placing the camera to your eye is definitely a success. But don’t be afraid to go one step farther and try simplifying the whole scene. Focus on one specific object, and leave out everything that doesn’t relate to it. Your photo will be more interesting and easier to read.

Shooting From Too Far Away

One thing that sometimes make street photographs too descriptive and filled with too many stimuli is when the photographer is too far from their subject.

Robert Capa’s famous quote “If your pictures aren’t good enough, you’re not close enough” is perhaps clichéd and annoying, but nevertheless it’s still on-point. Especially when you’re focusing on photographing people. Photos shot from farther away can lack the needed contact with your audience, and feel impersonal.

You’ll need to be a bit brave and step outside your comfort zone. Your reward will be pictures with more depth, ones that can draw your audience into the action.

Only Taking Pictures in Busy Places

Even though busy squares and streets can be full of people and steeped in action and events, that doesn’t mean that calmer places are boring. Street photography doesn’t have to be restricted to just action downtown. That would be only part of the stories of the street.

Try and capture the atmosphere of abandoned nooks. Of streets where time stands still.  You might find that they’re more interesting for you than the busy places. You can easily leave people out of your photos completely and try to deliver a story or impression without them.

Sometimes on the street I feel like there’s nothing to photograph and like I don’t see anything interesting anywhere. I usually then realize I’ve been walking too fast, taking too few stops, and not looking around myself enough.

Normally we all walk from some place to another and hurry towards a goal. But a street photographer’s goal is every step and every corner. So it pays to slow down and carefully look for moments and scenery worthy of being captured. When you’re walking quickly, it’s very easy to overlook them.

But being quick pays when you’re deciding whether or not to raise your camera to your eyes. If you have even the smallest feeling that something is worth photographing, go ahead and press the trigger.

You may often be held back by needless fears. Is this picture worth it? Won’t I look stupid standing here taking a picture? Won’t this person be mad at me afterwards?

Your photo might indeed turn out to be worthless, and someone might indeed react unpleasantly. But there’s nothing simpler than to apologize politely and explain what your goal was. Slowly you’ll learn how to handle such situations and gain more confidence and readiness.

And it’s always better to take a picture that you later erase than to regret missing out on the perfect shot.

Only Shooting from Eye Level

Over time, photos shot straight at eye level can become boring due to how ordinary their perspective is. If you squat and try other angles and perspectives, you can acquire a completely different and more interesting view of the objects you’re photographing.

Try laying your camera on the ground or climbing up somewhere high and photographing from above. That way you’ll deliver your audience a view that’s hidden from ordinary passersby.

Often the longer you stay in a certain place, the less alluring you find it. Then it’s no wonder that you stop perceiving even the things that are unique about it.

The feeling that there are better pictures waiting for you in other country, or in some exciting big city that’s not your home, is logical, really. In places like these you’re more alert, you’re fascinated by everything, and photography is a snap.

But it would be a shame if you never tried to get the most out of your nearby surroundings as well. Despite knowing it from one end to the other, you can take interesting pictures in your home town too if you try a little and observe more carefully. Even though it may be a boring place for you, it doesn’t have to feel that way for your audience.

It’s good to watch other photographers and take inspiration from the famous ones. However, repeating certain themes creates a cliché, and imitations will never be as interesting as an attempt at self-expression.

Even though it may sometimes seem that there’s nothing new to think up in street photography and the topics are always the same, you can always arrive with your own original approach. Street photography can be more varied than it might seem. And it would be a shame to let yourself be restricted by a notion of a one true way based on frequently repeated themes.

So keep an eye on pages and blogs or groups devoted to street photography on Facebook and Instagram, and read a few books. That will give you a better idea of how this genre can be approached, and what, on the other hand, has been hollowed out into a cliché.

No matter whether you’re just starting out with street photography or have been doing it for a while, keep your eyes and mind open, and don’t be afraid to break out of your comfort zone. That can always push you a little bit closer to pretty pictures and the joy of photography.

Colors of the Year: One Tree, Nine Pictures

Zonerama, Made to Order: How to Customize Your Zonerama Profile, Filmstrip, and Albums