Capturing the interesting within the simple is not an easy task. In fact, even for a professional it’s often hard to do. So today we’ll take a look at one photograph that, while simple, is also enchanting. 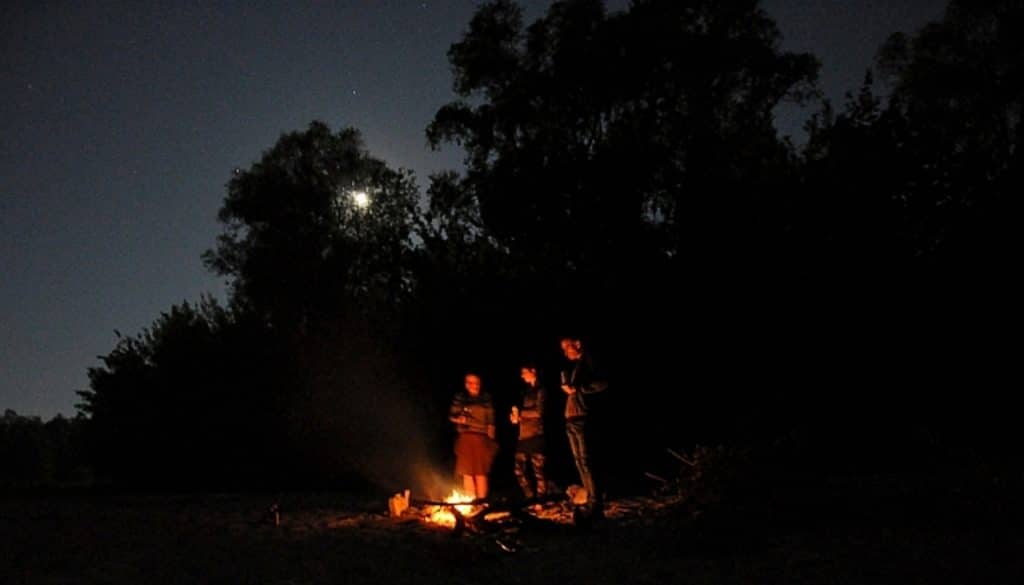 When you look at a photo and there’s nothing clearly going on in it, yet it’s still easy to read—that’s atmosphere. And some people have a talent for atmosphere. Take this photo: nothing special is happening here. It’s just a few men around a fire. So what, then, makes this photo alluring all the same? The photo has everything a good photo should have: composition, mood, and the right technical quality. Despite the low resolution, we can see that the photo isn’t suffering from technical flaws. 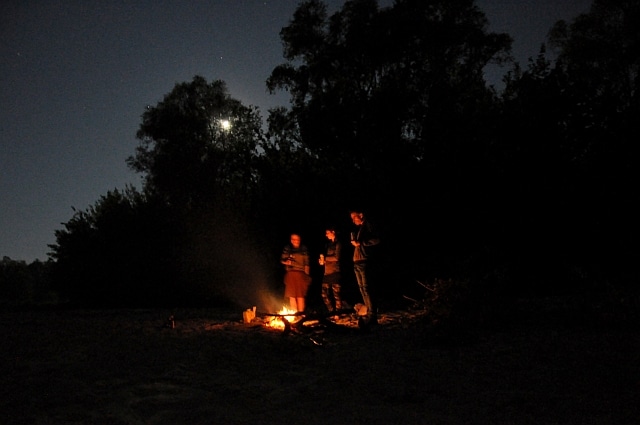 The photographer also chose the composition well. They took their theme and they nestled it in a space where it can live and breathe, making this an easy photo to read. The trees and the moon supplement the scene nicely. You could protest that the subject is not on a golden crop point. But for this picture, that’s not important. 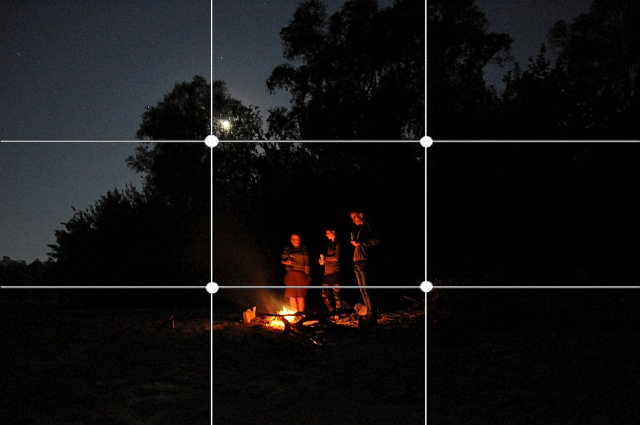 The photo’s theme is placed in roughly the center of the photo. The moon—placed very cleverly—is about a third of the way in, so that it supports the night’s atmosphere.

A grandiose photo doesn’t actually demand a grandiose scene. For a well-trained photographer with a good eye who knows how to set up their camera, it all goes like clockwork. It’s nice to know, and in this case also see, that even such a simple scene as three men around a fire can be photographed differently—freshly. You don’t need a captivating scene to get a jewel of a photo.