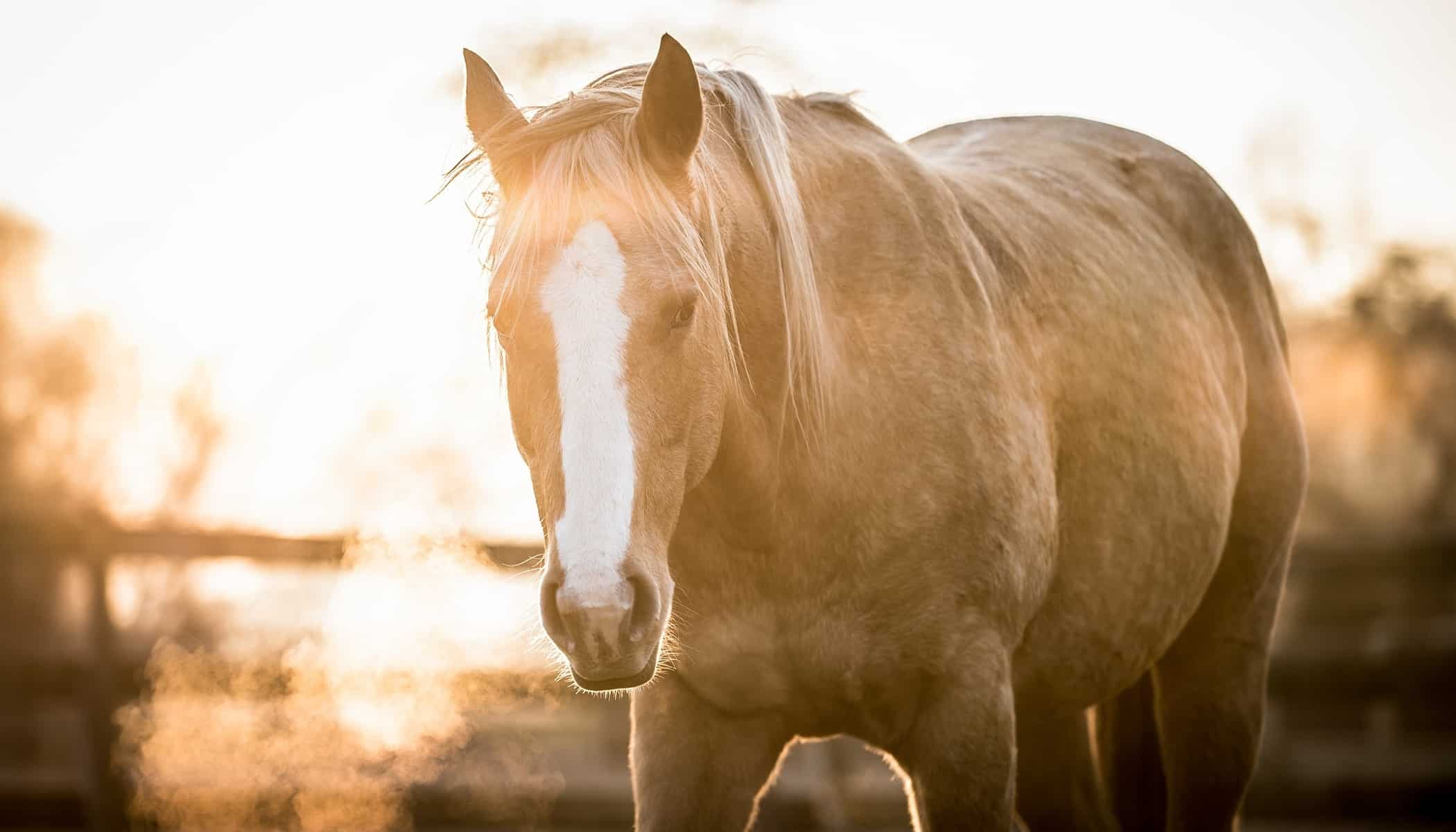 Today we’ll be showing you how to photograph horses. From the preparations, through choosing a focal length and the right composition, on to pressing the trigger.  No matter if you’re an enthusiastic photographer who loves horses, or you’re just seeking advice because you’re about to photograph these noble animals, you’ll welcome these tips. Read our advice on how to take even better pictures of horses.

When you’ve decided to photograph horses, it’s important not to be afraid of them. After all, if you’re afraid, they’ll know it, and they won’t feel very good. That will make it much harder for you to get the results you want.

If you don’t have much experience with horses, you’ll do well to listen to the owner’s instructions. While the horse definitely won’t eat you, a kick when you unexpectedly approach it from behind is going to be anything but pleasant.

Good Preparations and a Clean Horse

If your goal is to get photos for showing off a specific horse, you will definitely need some preparations. You often won’t be able to get by in this kind of shoot without an assistant—which tends to mean its owner. Horse owners naturally like to keep their darlings clean, and oftentimes with polished hooves and a combed mane too. But that may not jibe with the desires of the horse itself, which may want to rollick in the grass or mud. “Ideally” when it’s just been cleaned.

A muddy horse won’t necessarily look neglected in your photos, but a clean one is going to look better. And many owners don’t even want to present their four-legged favorites when they’re dirty—even though this is a completely natural state for horses. So before the shoot, don’t forget to make sure that the horse is clean, and that it’s not about to go roll in the mud. Minor defects won’t be noticeable, but the more effort you put into preparations, the less you’ll need when you’re editing.

Be Sure to Compensate Your Models!

Horses that are used to being photographed will cooperate better than first-timers. But many horses will figure out the deal during their first time too. They’re not stupid, and they’ll understand that all you want is for them to stand in place and not run away, and in return they’ll get a carrot or an apple. So they’ll cooperate much more readily.

If you have an assistant, concentrate fully on the shoot and let them make sure that the horse looks good and stands still.

Naturally you can photograph horses in the paddock as well if you want to show them looking more natural. For this kind of shoot you can get by without an assistant.

This is one of the key things for a good-looking horse portrait. Horses with their ears pointing backward rarely look good in photos. Horse-lovers know it, and they’ll definitely notice this defect in photos. But there are of course exceptions too, and I’ll mention a couple at the end of this article.

Sometimes you’ll run into a horse that just won’t put its ears forward no matter what you do.

So what then? I’ve had a lot of good experience with playing horse sounds on my phone in these situations. It’s a lot more effective than, for example, rustling a bag, which is something that many horses will only react to briefly (if at all).

But you should definitely count on this, too, only holding a horse’s attention for a limited time. Because of this, you need to use these sounds carefully and not play them unnecessarily when you’re not taking pictures.

Just like when you’re photographing people, with horses as well it’s important to think about how to photograph them in a way that keeps them looking good in pictures. Compare these two photos. You might at first think that the horse looks good in both of them. But if you stare at them a bit, you’ll notice how the stallion looks much thinner and scrawnier in the first one than the second one.

So ideally you want to photograph horses in a way that gets them looking even better than they do in real life. Seek out a composition where the horse has more room in front of it than behind it. Also make sure it isn’t standing on an incline. Otherwise its whole body can look odd, and if for example its rear legs are farther uphill than its front, its rear will be too high up in your photo.

Try to take your pictures as far away from electric fences as possible, and avoid any other distracting elements in the background too. That will save you some retouching later.

If you’re wondering why the horses in your pictures look too big in the back or their heads are too large—you probably photographed them from too close up with a lens whose focal length is too short. I generally use a range of 70-200 mm in my horse photos, and I wouldn’t go below 50 mm (full frame) at all.

Naturally, situations where you want to photograph the horse from a distance and include some of their natural surroundings in the picture are an exception. In any case it’s all up to you what gear to use for the photo. But don’t forget that every device has its specifics, and so you need to consider whether your specific equipment will produce your desired results.

Now you’ve got the horse cooperating with you, so take as many pictures as you can. Your card can hold them, and you can sort them out later on your PC. It will take some time, but you won’t end up lamenting the lack of a single usable photo. So always take as many photos as you can in a row, so you can keep the good and sharp ones where the horse isn’t blinking and its ears are facing forward. Don’t forget to focus on the closer eye.

Even though they don’t fit well with the concept of impressive photos of horses with shiny hooves, pictures like these have their magic as well. They require a lot of patience, since after all these are more snapshots than whole scenes that you can choreograph.

Here the “ears forward” rule falls away. The idea is to capture the horse when it has a funny expression or right when it’s rolling in the mud, snow, or sand. Some horse owners can guess from experience when exactly their horse is about to roll around, which can make your wait for this moment at least a little easier. This often tends to come right after a bath or a ride.

I’ve been involved in photography since 2003 when one of the earliest digital point-and-shoot cameras found its way into my hands. I most love photographing people and animals. Above all, I specialize in wedding, portrait, and family photography. In my free time, I love traveling and filling out my portfolio with photographs from different corners of the world. Now photography is my day job and simultaneously, my hobby. You can find my photography on my website and on Facebook.