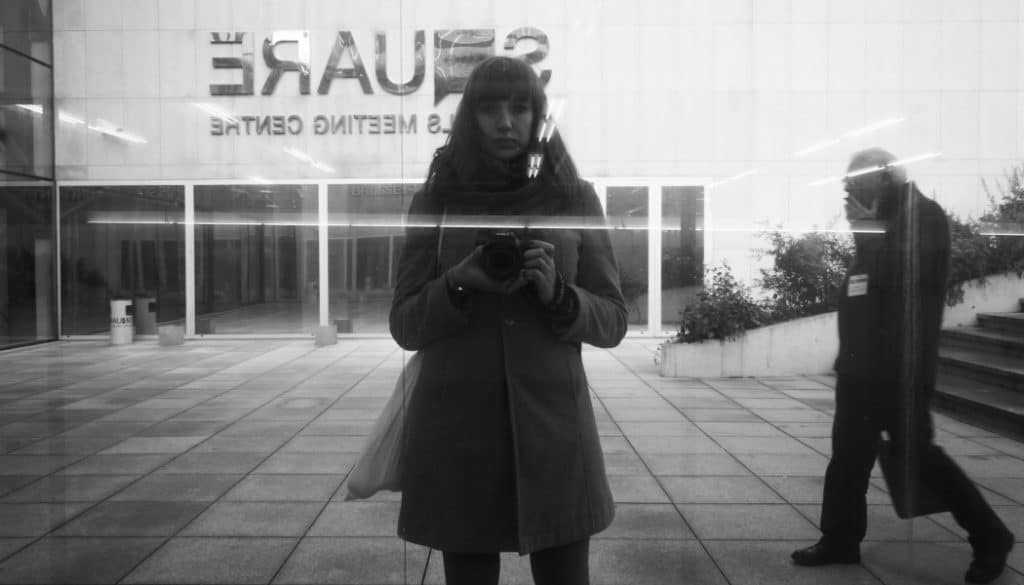 In 2013, the Oxford Dictionary declared “selfie” the word of the year. The selfie is in short the photographic phenomenon of our age. But people, and artists especially, have been doing self-portraits since long before the birth of that word, or even the birth of photography. Let’s take a look at how a self-portrait can say more and be more than just an ordinary selfie.

You can open any book on art history and be left with no doubts that the urge to selfie oneself is as human as Van Gogh. No matter whether it’s the Dutch Masters, the expressionist Egon Schiele, modern artists like Frida Kahlo, or Van Gogh himself, you’ll find lots of examples of self-portraits out there. In fact, self-portraits have even been found in archaeological digs in Greek and Egypt. While these were sometimes realistic pictures, at other times the artists bent reality to show their moods, their states, or simplified faces, or told stories with props and backdrops.

Photography, too, was never a stranger to the selfie. One photo by Robert Cornelius is considered to be among the first photographic self-portraits. This amateur chemist and photography lover took it as a daguerreotype.  He set up his camera in front of the family shop, took the cap off the lens, and ran into the scene, where he posed for a full minute before placing the cap on again. It was the year 1839.

Now, almost 180 years later, you just have to pull your phone out of your pocket, and in one touch you’ve got your likeness immortalized. Photographing yourself has become a completely normal human activity; hundreds of thousands of selfies are taken each day. These serve mainly as instant food for the social web, and they don’t stake any real claims besides telling the world where and often who we are; today’s self-portraits are far more a means for simple self-expression.

Taking self-portraits is also at its core about seeking your own identity; about finding and creating it. It’s an expression and also an interpretation of how the photographer sees themselves and how they want to be seen. It is also an interesting way to understand your own self.

In addition to this, the photographer is their own most easily available model, and maybe the most rewarding too. There’s no need to instruct your model, pose them, or ask for permission. There’s a lot more room for experimenting with light, space, and ideas. Here the photographer has full control over the whole process of how their picture is taken.

So what all can you express with a self-portrait?

This Here Is Me

Self-portraits often intertwine with selfies, and in fact selfies can often even form the foundation of a self-portrait that has thought put into it. Putting thought into it, meanwhile, is pretty fundamental here. Even when you’re just purely taking portraits of yourself, that’s is a series of steps to think about.

Should I choose softer light, or harsher, with more contrast and shadows? What will the lighting be—where will the light be shining from? How will the portrait’s composition be structured? How do I want people to see me in the photo? What surroundings will I choose to help achieve this? These are just some of the questions that can accompany such a shoot.

This kind of photography can also generate questions of a more philosophical nature: Who am I, really? What are good “examples” of me? The photo then becomes a sort of conversation between who you feel you are, who you’d like to be, and who your photos display. This tension can be a foundation for interesting pictures.

Self-portraits as an Expression of Mood

Through work with light and the right composition and color choice, a self-portrait can illustrate your mood much more eloquently than words and sentences. Mood is not always just a question of how you look in the picture, or the face you’re making. You can play with scales or perspectives. By using darker and less saturated colors, you emphasize the darker moods. Light and pastel tones give portraits a positive air.

You Can Be Anyone

A self-portrait is also a chance to transform for a bit into someone else. You can change not just your character, but also your appearance, with the help of costumes, makeup, or props. Your possibilities are only limited by your imagination and what you’re able to make happen. Self-portraits don’t necessarily have to reflect what was actually before the camera. You can also go for more radical post-production and for example change the colors or background, or join multiple pictures into one.

You can also photograph yourself as a part of an autobiographical or slightly documentary series. Over time you’ll see how you’ve changed or where you’ve been. Now, this doesn’t have to mean stock waist-up photos of you. You can also photograph things like your reflections, your shadows, or maybe just your hands or feet. There’s no law saying your face has to be in your self-portrait.

It may sound complicated, but a photo of yourself can be a way to express your opinion or relationship towards some fact. One interesting example of this kind of politically-charged self-portrait is the Hiding in the City series by Chinese photographer Liu Bolin—a sophisticated criticism of, and quiet protest against, his home country’s social and political conditions. Bolin photographs himself in public places while covered in paint that makes him blend with his background. To experience this project, visit the Klein Sun Gallery, which has already put Bolin’s photos on display once before.

Inspiration From the Experienced

Let’s close with a look at the best place to start when you don’t know where to start. If you don’t know what to do when shaping your own self-portraits, don’t hesitate to explore what others have done before you. Try out their approaches and get inspired. Then you’ll find your own way more easily.

Many famous photographers have spent some time doing self-portraits. A broad portfolio of self-portraits, mainly taken on the street, was collected by Vivian Maier, the outsider street photographer who has rightly become such a hot topic in recent years. Francesca Woodman also used herself as a model. Her black-and-white self-portraits feel very intimate, and are full of symbolism.

Meanwhile the rising Czech photographer Dita Pepe publishes lots of self-portraits, including a whole series taken alongside women of all ages. In these portraits she tries on their appearance and their role in life for herself—at least in pictures.

Using Glass Reflections in Your Pictures

How to Photograph Birds in the Wild