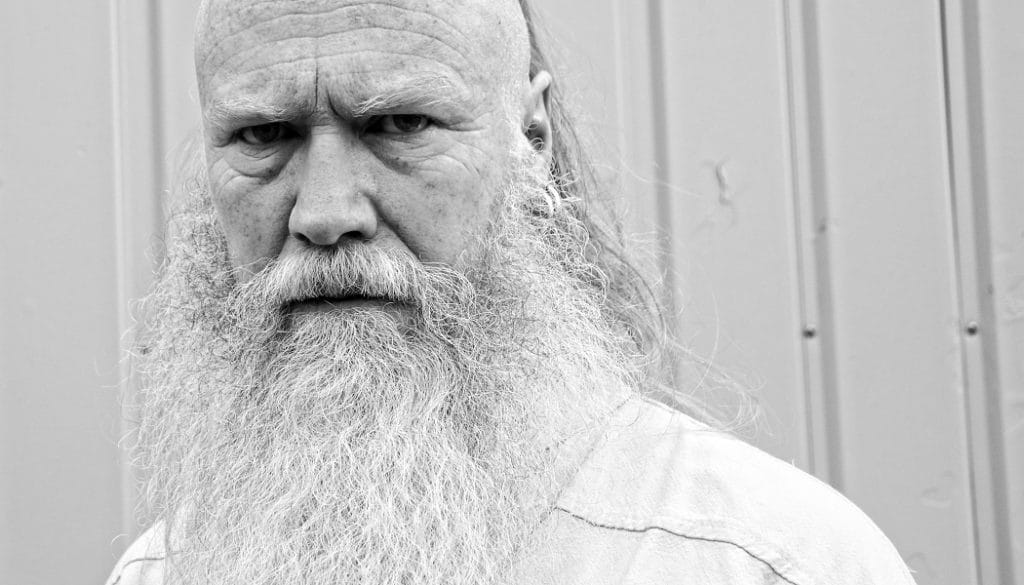 Even though square photos aren’t as common as they once were, hobby photographers still create them to this day. They generally use medium format film. These photos have a certain something that makes them hard to resist.

Portrait photos are very popular, but not every photo has what it takes to become a portrait. A real portrait should capture its subject’s personality. In other words, even a complete stranger looking at the photo (as long as they have some basic empathy) should be able to describe the subject from a psychological standpoint. That’s what a good portrait is like.

There are some minor problems in the photo. One is a little less minor; it’s the very dark eye area. With just a little brightening here, the photo would definitely be somewhat better. The crookedness is a minor defect that can easily be corrected in a photo editor.

This photo was apparently shot to classical black and white film. That gives it a certain charisma. But the very best aspect is the subject’s expression, as captured by the photographer. They likewise skillfully captured the whole head rather than just the details of the face. After all, even the hairstyle says something about the subject. This photo is very emotional despite the fact that real tough guys—probably including the subject—don’t show emotions.

The next time you shoot a portrait, try exchanging a few words with your model first, to get to know them a little so that you can take the very best photo possible.