How to Create Videos in ZPS X – Part 2

In the first part of this two-part article, we showed you how to add a variety of image and sound tracks to your videos. Now that you know the basics, we’ll take a look at more complicated edits. In this part you’ll be learning advanced tricks during work with sound and music. We’ll also show you how to add text elements or your own logo to a video. 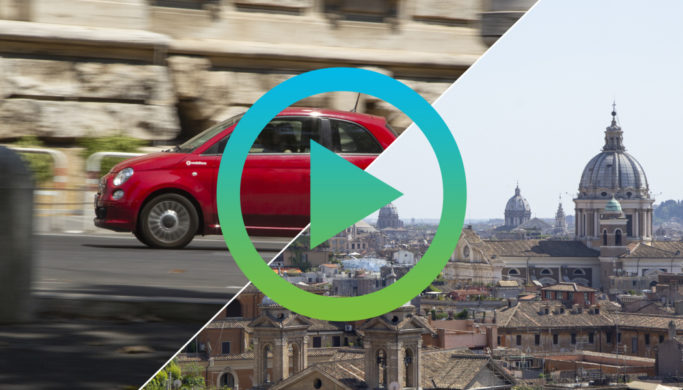 You control the sound elements in your project in the same way as image files. First you mark sound elements on the project timeline, and then you can shorten them, move them around the timeline, or move them among sound tracks. Unlike for image tracks, for sound tracks it does not matter which item is higher in the timeline. This is because layers are not overlapped.

When you’re editing a sound, keep in mind that when you’re done, you’ll be exporting the project from time 0 to the end time of the last item on the timeline. Absolutely all items are included in this time, including sound items. So if you want for the music to end together with the pictures or videos you’re presenting, you need to shorten the music. To do that, use the mouse in the same way that you would do it for an image clip, or by setting the End picture value in the right panel.

The music has been shortened to make it end along with the project’s last picture (00m:25s).

However, if you’re shortening the music, make sure to end it more pleasantly than you would by just cutting it off. Use the Fade out setting for this. Using this setting along with Stmívání konce for image clips gives you a nice and smooth end to the whole video. 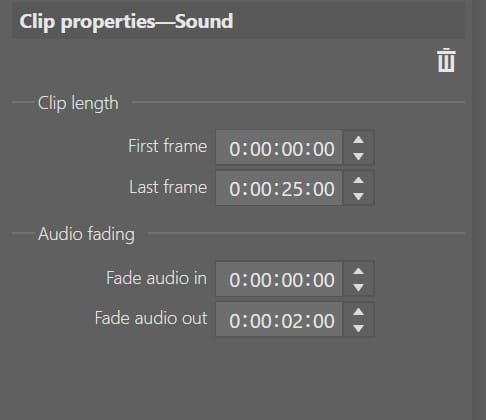 The Fade Out setting with a value of 2 s will make your video’s soundtrack smoothly fade out at the end instead of cutting off abruptly.

Adapting the Music Volume to Narration

Sometimes when you’re creating a video presentation you’ll find that you need more than just subtitles. This is especially likely when you’ve got a lot to describe. In these situations it’s better to play “narrator.” But then you’ll also have to make sure that any music track you’ve included doesn’t drown out your commentary.

Start here by showing the Curves controls, which are in the expanded timeline controls. 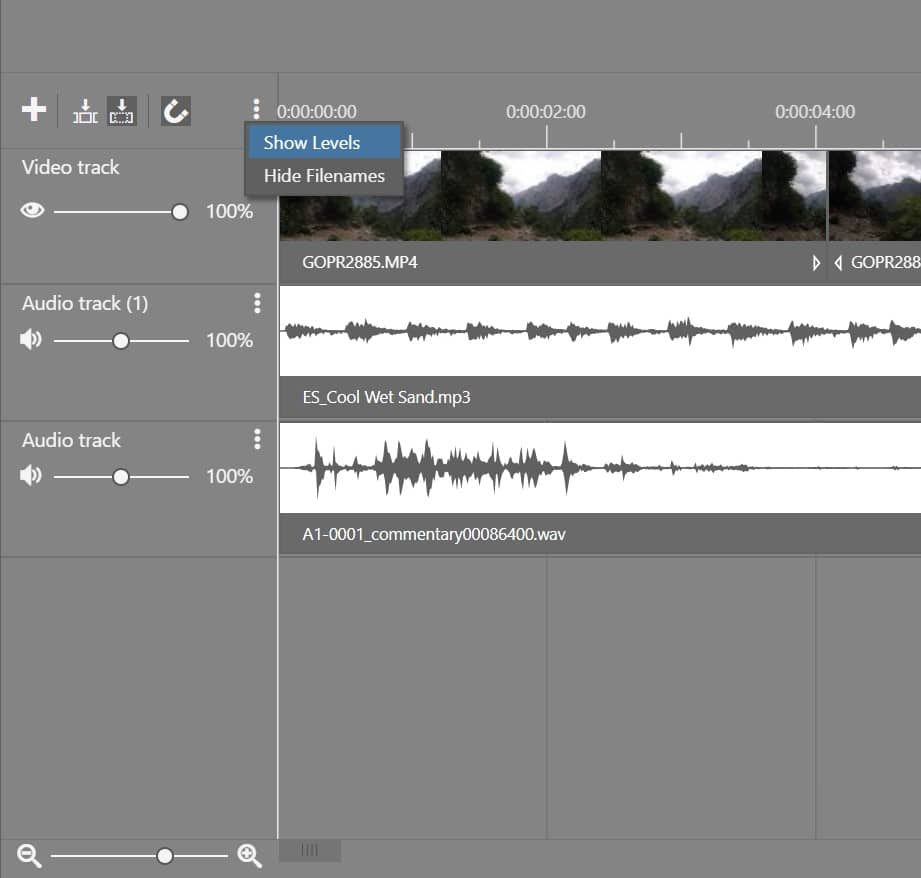 Showing the Curves controls, which give you finer volume control for sound items.

Now you can start to edit the music. From here forward you’ll see a blue line with nodes over the item you’ve marked. These indicate how volume levels change over time. For sound items you’ll see a range of values from 0% to 200%. This means that you can either turn the sound down, or turn it up if it’s too quiet.

Click the blue line to add a new node. Double-click a node to remove it. The first and last nodes cannot be removed. Add nodes for the moments when you start and finish speaking, and reduce the music volume to e.g. 40% between those nodes. Set the volume back to 100% after your narration ends. That way, your audience will hear soft music alongside your narration instead of music at full volume. Have the volume drop and rise gradually, e.g. during 0.5 s, to avoid distracting jumps in the music. 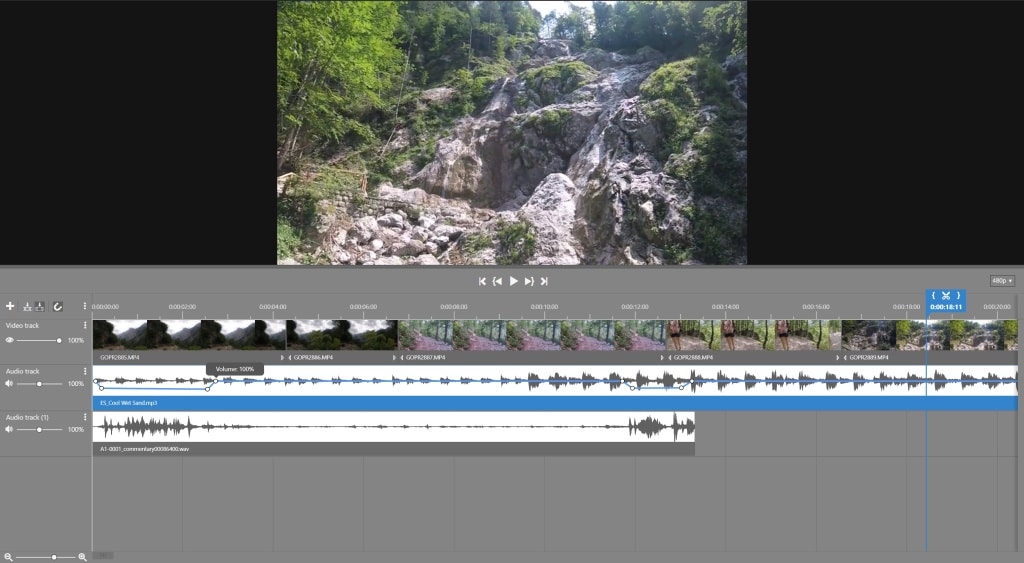 Including Your Own Watermark

You may run into situations where you need to add a logo or a watermark to a video. If you have a watermark with transparency prepared in advance, just create a new image track placed above all the rest and add the logo to that layer. A watermark with no transparency will cover everything in the tracks beneath, i.e. including any image or video clips underneath it.

This part of the job demands work with the Editor module of ZPS X. To keep your logo from covering the whole screen, create an image with the same resolution as your video project and insert your watermark into one of its corners. In my example this is an image FullHD 1080p (1920×1080) resolution.

Create a new file in the Editor with these dimensions and a fully transparent background. Then add a new layer from the file that contains your watermark. Put it, for example, in the bottom right corner of the canvas. Then save the document to a *.png file (to preserve your image’s transparency). Take the watermark that you’ve prepared this way and add it to your video project as its top layer.

Stretch out the logo you’ve added over the project’s whole length to make it visible from the start to the end of your final video. 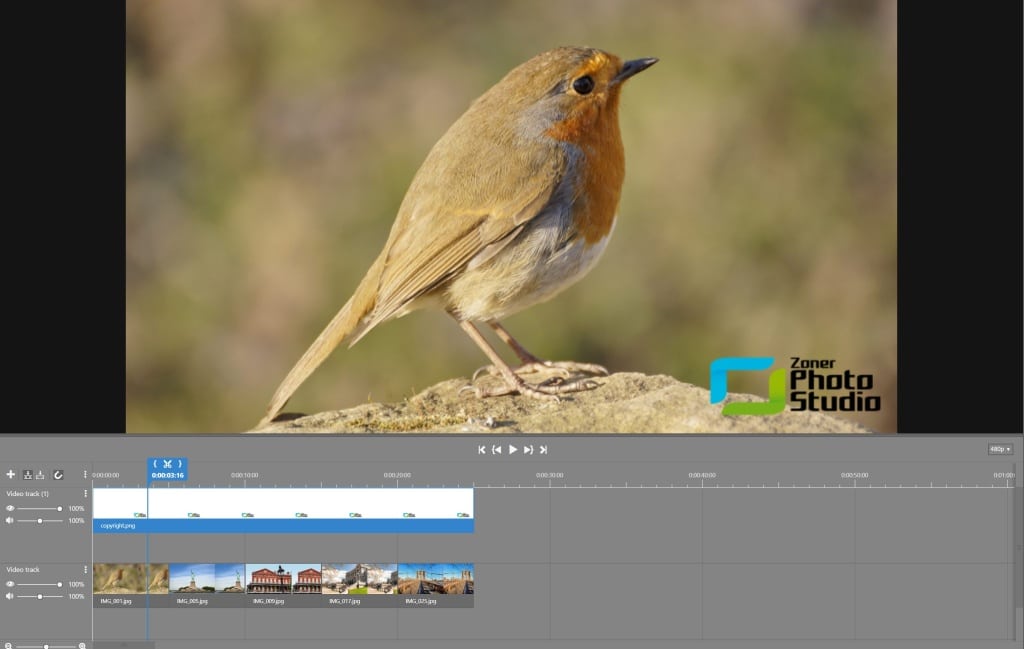 This watermark has been added to the topmost layer throughout the whole length of the video so that it will be visible nonstop.

For text items, you can choose from among a set of pre-prepared templates, which you can also then adjust to suit your needs. If you plan to shape a text item from the ground up, it basically doesn’t matter which template you choose. The tool is designed so that you can turn any template into any other template just by changing its settings.

Every template contains three groups: Heading, Subheading, and Text. You can think of each of these groups as a separate text field. The height of each text area sets how much text can be entered, and the width can be set using the Width setting for each group separately. 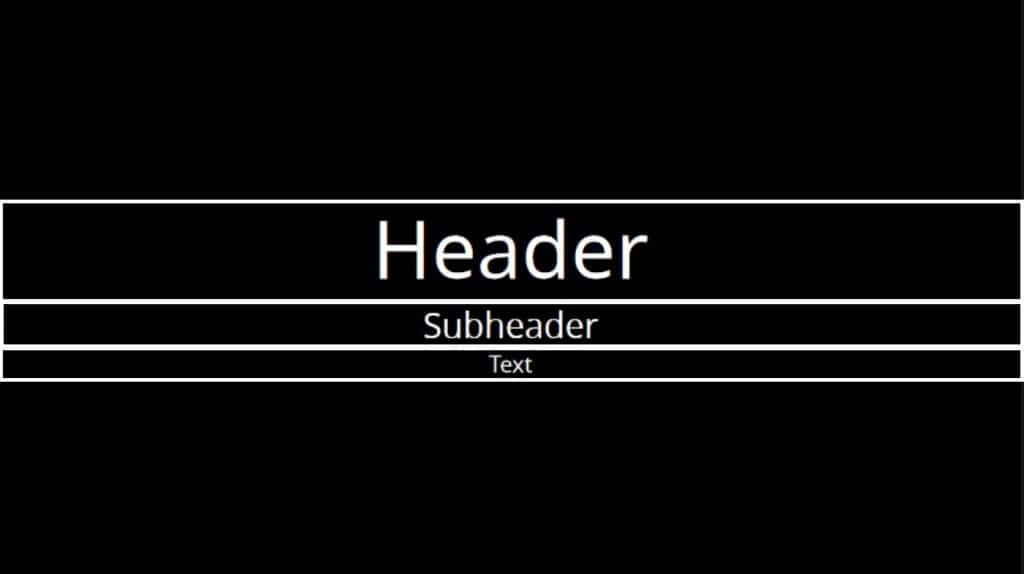 A visualization with imaginary borders for text areas as the program sees them.

Then use the Alignment inside picture settings to define these text areas’ placements. The Page border sets their shared offset from the edge of the screen towards the center. 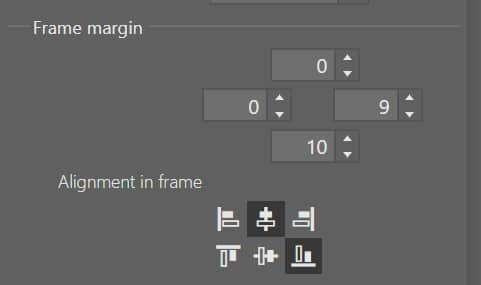 The basic settings for text’s placement within the screen.

The Text offset is another useful setting here. These values set the spaces between individual frames for each direction separately.

TIP: Try using horizontal lines occasionally to spice up text items. To add these lines, just add a long line of underscores (“_”) to a group, change the text color to be a good fit for the rest of the video, and you’re done. 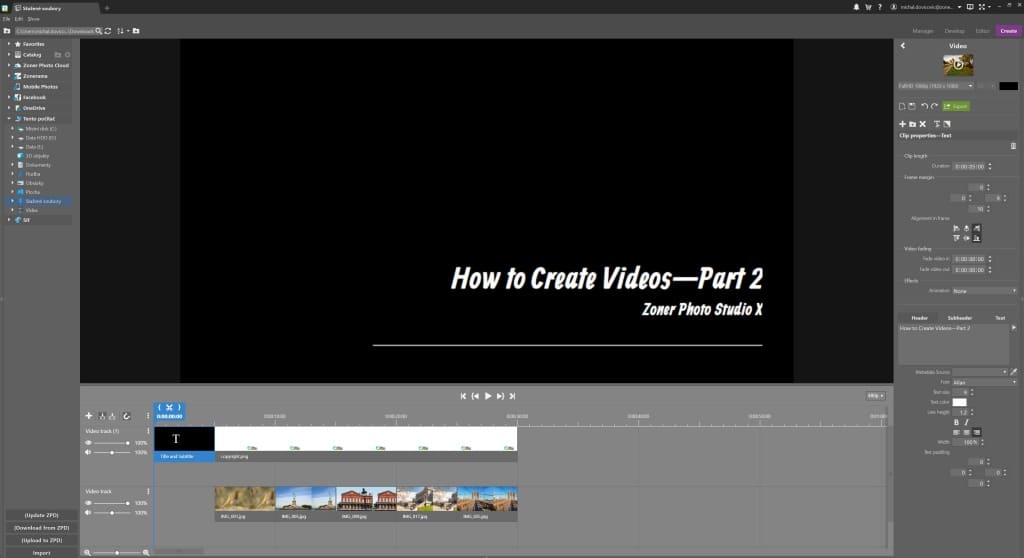 We’re confident that now that you’ve finished reading this two-part article, you’re on your way to mastering video editing in Zoner Photo Studio X. We’ll be glad if you share some of your creations with us.