DSLRs boast a low depth of field that lets you take sharp portraits with blurred backgrounds. This elegant effect helps you to eliminate unwanted, distracting background details in a picture. You can also simulate this effect on a computer—even for pictures taken using phones or smaller cameras.

The foundation for this article is a pair of photos where one was taken using a full frame DSLR with a superb f/1.4 lens, and the other using an LG G4 phone. While this phone has an f/1.8 lens, once you count in the crop factor, it corresponds roughly to an f/11 aperture on a DSLR, and so its pictures have a much higher depth of field.

Here are the original pictures for comparison:

The two sensors have different ratios of sides, and so the numeric comparisons above are approximate, but the difference in their depth of field is apparent at first sight.

When it comes to noise or sharpness, a phone can’t compare to a DSLR. But it’s capable of approaching its depth of field with the help of a trick—software background blurring. Some smartphones contain a function that tries to analyze a picture and automatically blur the background. For now, these functions are of limited use, and even if their results aren’t bad, they still aren’t perfect. What’s more, if something goes wrong, you don’t have a chance to repair the relevant part of the picture. So if you want good-quality blurring that’s under your control, you have to do it yourself on a computer.

The operation itself is simple. All you’ll need is Zoner Photo Studio and a few minutes’ time. You just take the following steps.

Selecting the Area to Blur

This part is the most important, and also the most time-consuming. (That’s partly because the rest of the process is so easy and fast.)

In most cases, it’s easiest to select the subject instead of the background, and then invert the selection once it’s done. And that’s what you’ll be doing here.

You’ll be working in the Editor, where you’ll first open the Selection tools. This tool group contains various tools for selecting part of a photo. One of the most universal and widely-used is the Magnetic Lasso. Activate it using its button or the A key.

This is a tool with which you outline your whole selection bit by bit. This lasso is “magnetic” because it automatically tries to snap onto the borders of an object, and so you don’t have to be precise—the computer handles the details for you. In theory you can just click the selection’s starting point and then go around the outline of your selected object without holding down the mouse. But things aren’t quite that perfect; the computer doesn’t recognize outlines quite like a person would, and so it’s sometimes tempted away by the background. For example if the model or their shirt matches the background.

That’s why you sometimes need to click on one of the points you pass by, to “anchor” the selection, telling the computer that this, not that, is the outline you want. If the computer snaps to the wrong edge, then that’s easy to fix—just run the mouse back a little, erasing the last part of the selection. When moving forward again, don’t forget to click a few times to make your selection more precise.

When you’re done selecting, if it turns out that there are still imprecise spots in the outline, there’s a tool for remedying that:

the “normal” Lasso. Activate it using its button or the L key. Hold down Shift while using the Lasso to make it add to the current selection instead of replacing it. (A green plus will appear by its cursor.) Hold down Ctrl to make it subtract from the selection (red minus by the cursor).

To make the selected area a bit easier to see, click the icon for showing the Layer Mask. This icon is above the Histogram.

In this case, because I worked with the model the whole time, but the background is what I want to erase, I have to invert the selection at the end. This step is fast. Just visit the Selection menu and use Invert Selection or press Ctrl+Shift+I.

You’ve spent time on your selection, and it would be a shame to accidentally lose it during edits, so it’s a good idea to save it now so that you can load it again in the future.

The Selection menu has commands for this—Save Selection and Load Selection. This pair of commands saves your selection as a black-and-white PNG. Note that this file is not hooked to the actual picture file in any special way—not even inside Zoner Photo Studio—and so you must take care to put it in the same place as that file when moving, copying, etc. the picture.

Creating a Layer Mask from a Selection

Fortunately thanks to the new layer support in Zoner Photo Studio X there’s a more practical way to store your selection. Just click Add Layer at the bottom right, add a new empty layer, right-click on it, click Mask in the menu that appears, and then click Reveal Selection. This creates a selection permanently stored directly inside of your edited picture file. Note however that to store your work in a way that keeps your layers, you must save the edited picture in the ZPS format. By saving it to, for example, the JPEG format, you would lose the layers and the mask. To change the mask back to a layer later on, right-click the layer again, click Mask in the menu that appears, and then click Add Mask to Selection.

But after this you’ll need to work with the original picture, so don’t forget to set the original layer as active in the Layers list afterwards.

Here things are simple. Use the Adjust menu’s Blur command. Set the Gaussian blurring type and use a strength that feels appropriate. This will depend on the picture’s size in pixels. (Here I chose a strength of 17 pixels. For context: the original version of this picture is about 5300 pixels wide.)

Turn on the Blur only selected area only option, as otherwise the part with the model will also be blurred, created a “smudged” aura around her.

And that’s all. In my example I got good results easily, and the effect looks very close to the original picture from the DSLR.

Sometimes it’s not enough to blur the whole background evenly. If there were both closer and farther-away objects behind the model, then to do things properly, they would all need to be blurred to differing degrees. Simulating things precisely here is very difficult, but you can do an approximation where instead of normal blurring you use Tilt-shift Effect from the Effects menu. You select the background in the same way, but this time the blurring is gradual. You draw out a “dividing line,” where everything at that line will be sharp, and beyond it (on both sides of the line) things will be increasingly blurry.

The next picture shows the result of this edit. 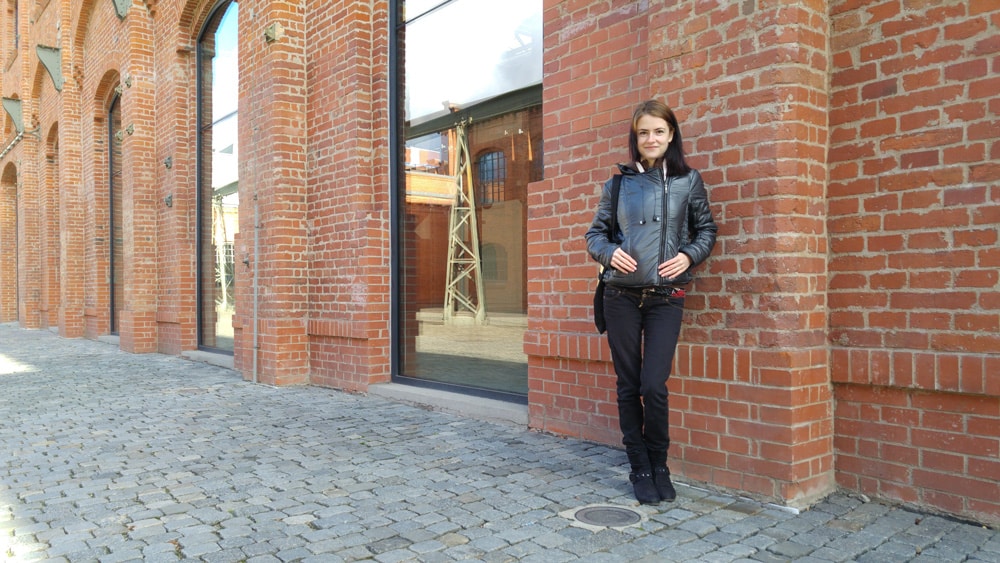 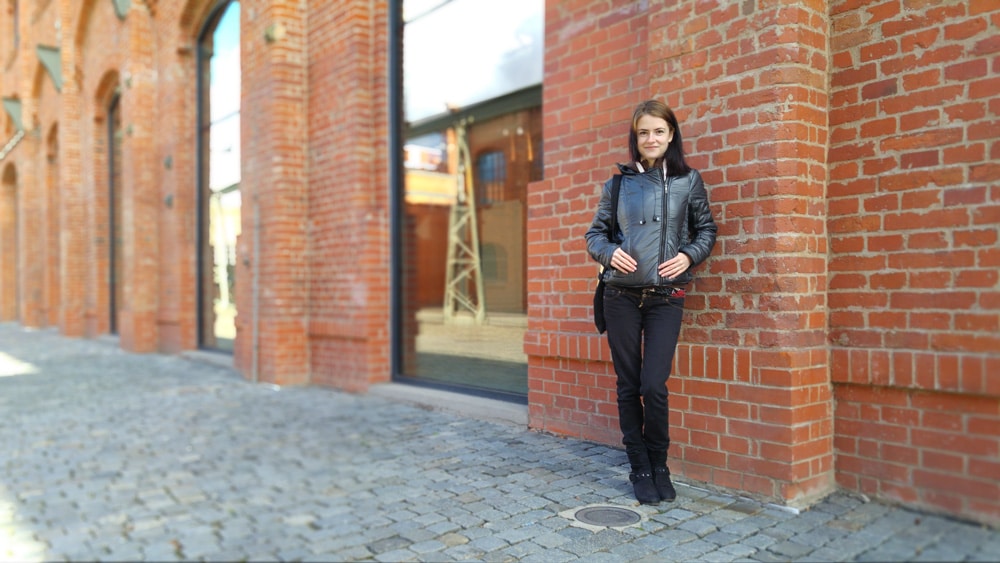 The original picture and the version edited using the tilt-shift effect.

The following tilt-shift settings go with the picture above. Note how the blurring effect has been kept fairly weak so that things still look realistic. For this work, you usually won’t get much use out of the extreme values here.

The quality of your output will depend on the time you invest in making your selection. But even in just a minute or two,you can create a mask that gives a very good result—one that, at low resolution, will fool most people. So you can get a look that’s typical for DSLRs with top-range lenses, without having to splurge on expensive equipment. That’s worth trying, isn’t it?