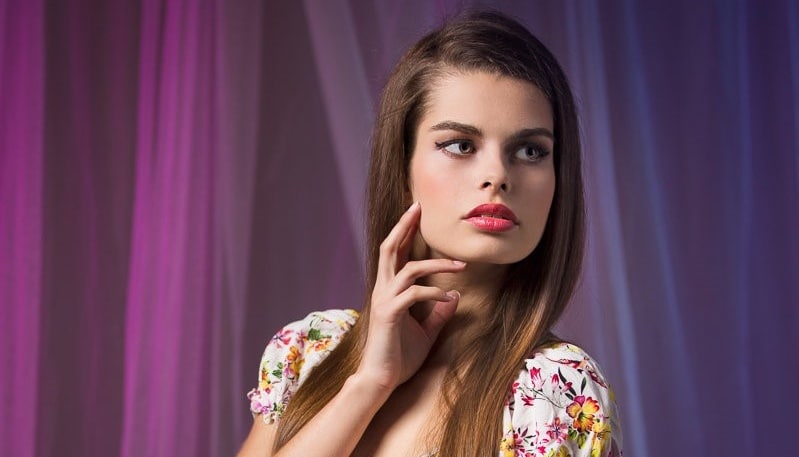 There’s a first time for everything. If you’ve only been shooting nature photos until now, and you’d like to start working with models, you may be a little nervous at first. In today’s article we’ll offer a few tips that can help you with these tough beginnings.

We’ve written here before about photographing people, but we’ve concentrated on lighting and other technical aspects (for portraits under natural light and indoor portraits). This time we’ll be looking at topics surrounding a photographer’s actual work with a model.

I’ll start by noting that “model” here doesn’t mean just people who make their living as models. It is also anyone with whom you work out the details of having them model for you for a shot or shots.

Where Should I Look?

Look for your first models among your friends. Since you’ll be photographing someone you know, you’ll be more relaxed. You’re both putting time into the shoot, and you’ll both be rewarded with pictures for your time. This kind of cooperation is called TFP or TFCD (Time For Prints/Time For CD), and even experienced photographers and models use it.

As soon as you have some pictures to present yourself with, you can register on the various websites that let you contact models who are seeking new photographs for their portfolios. You want a good portfolio too, so you can start cooperating with experienced models.

One side note: cash does sometimes change hands during TFP cooperation. This can happen in connection with the costs for a studio, a makeup artist, etc. Be sure to agree in advance about which of you will pay what. For some things, you might decide to split the costs instead. Of course at first it’s simpler to skip the makeup artist, and to go to the park instead of the studio.

An alternative to TFP is to start with an experienced model—paying them if necessary. Your reward for this is that the model will know what’s expected of them, and may even be able to give you advice.

Be Calm, Be Communicative

No matter whether you’re working with a friend or a stranger. During the actual shoot it’s good to stay calm and in a good mood. Smiles and optimism solve problems fast. You don’t need to become pessimistic if not all of your pictures look like you hoped—that’s completely normal! Generally out of a few hundred photos only a few dozen are chosen at most… often it’s less than a single dozen.

The important thing is for you to know how to tell your model what to change when something doesn’t feel right. They can’t see themselves. Don’t be ashamed to perform the pose for them yourself.

Experienced models mean many more successful photos for you, since they already know what poses look good. But they’re still not telepathic, and they can’t know your overall artistic intent if you don’t tell them what it is.

Likewise if you go to fix the positioning of your lights, it’s good to communicate with your model about it, rather than just mumbling to yourself. Here again your model doesn’t know if they’re doing everything right, and they’ll be glad to hear that they’re standing/sitting/lying just fine—that you’re only improving the lighting.

As far as movements themselves go, there are many ways to go. The usual “I’m standing at a bus stop” style doesn’t exactly look ideal. Overdo it!

And also, tell your model where to look. Usually they’ll automatically watch your lens, but that shouldn’t dictate the look of all of your photos. So feel free to have the model look to the side or downwards (but rarely upwards—better just with a tilted head). The occasional closed eyelids also work well.

Young and inexperienced models can cause problems by keeping their eyes too far open. This makes them look frightened in a picture, or even detached and boring.

In these cases you can greatly improve things just by asking the model to slightly close their eyes. And slightly open their lips. Note how often these two elements are used in fashion and portrait photos.

Organize It All Well

If you’ve been doing a TFP or TFCD shoot, then your model expects curated, edited pictures. They don’t expect them yesterday, but they won’t like waiting several months either. If you happen to be a model reading this, a word of warning: some photographers only send a few free photos at low resolution and demand payment for a higher resolution. So be sure to agree on conditions in advance.

If your agreement is a formal one, then agree in writing on how the photos will be used as well. Agree on the compensation for both parties, as well as the photos’ allowed uses. This agreement is called a Model Release, and blank sample agreements are widely available online in any language you’d like.

Even though many photographers don’t worry about these formalities, sometimes it’s a necessity—like when you’re shooting for photo banks or for commercial projects in general. I’d also very strongly recommend such a contract when photographing nudes. That way it’s clear to your model what may and may not happen with the photos (for example, they can know that the photos might be sold), and you, meanwhile, are better protected if your model changes their mind a half-year later and decides that they never want their photos to be seen—that way your work and other inputs (time and money) don’t turn out to have all been for nothing.

Hopefully these tips will help you get past your initial worries. I can also recommend reading the other advice that experienced model Jen Brook has written in the form of some quite amusing letters. She’s written versions both for photographers and for models. But there’s no substitute for your own experience… so overcome your shyness and get started!