How Your Autofocus Moves the Lens

Do you know what kinds of drives are used to auto-focus lenses? Where are manufacturers boasting and what are they hiding? What can you expect from these drives and how should you care for them? That’s what today’s article is all about. 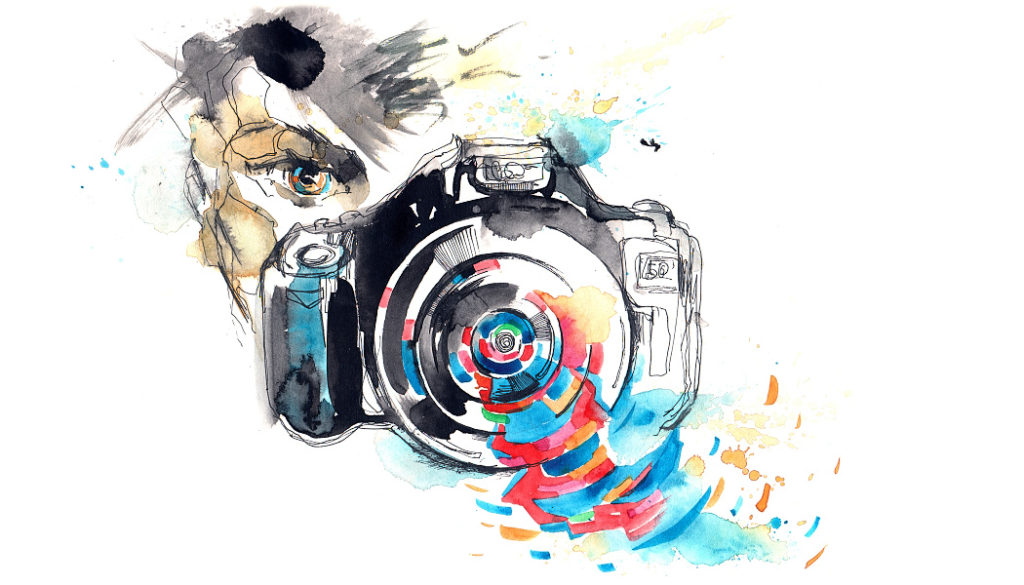 The first part of our series on autofocus covered the action inside the camera body. This time we’ll cover the main types of mechanical drives used for actually moving the lens.

The oldest lens drive type is simply a small electric motor. (The oldest autofocus type has its drive outside the lens… but we’ll get to that.) Tiny gears transfer its motion to the lens, and the whole construction is built to fit inside an arched space next to the lenses. That’s why these are called Arc Form Drives. But you’ll more frequently encounter the name Micro motor. This sometimes uses a slightly different motor than AFD, but it works on the same basis. 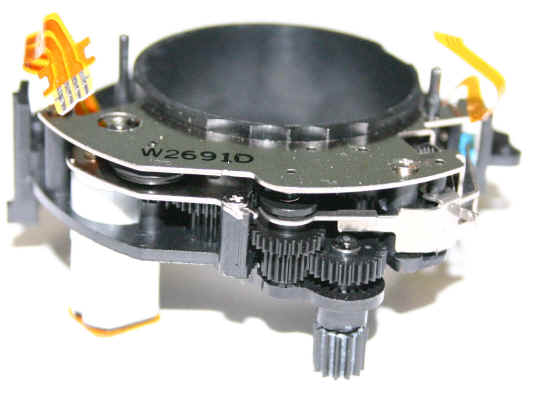 The micro motor from a Canon EF 75-300 lens. At the top is the tube with the lens that the motor shifts. So the whole mechanism is built around it in an arch shape. Photo: electricstuff.co.uk

This drive is easy to produce and implement, and so this drive is cheap. But it’s also loud and slow. That’s why it’s used in ever-fewer lenses—only the cheapest.

Various manufacturers use various designations for these, so you can find them under names like Supersonic motor (SSM), Ultrasonic motor (USM), Silent Wave Motor (SWM), Hyper Sonic Motor (HSM), and more.

This mechanism is a huge advance over simple motors. It’s very fast while also being very quiet. It’s based on piezoelectric materials that change their shape when they receive electric current. The motor looks strange at first sight, because it’s based on just two circles, shown on the right in the picture below: 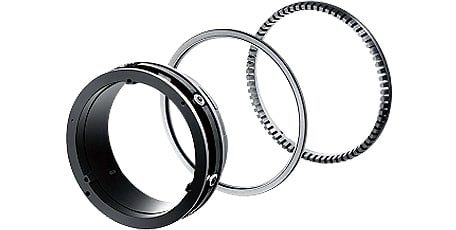 The components of this motor are fairly large—they wind across the whole circumference of the tube. The toothed wheel is really the key. An electric current makes it twist and vibrate, creating a sort of wave. It rotates the second wheel and thus the focusing mechanism. Each such shift is on the order of micrometers (millionths of a meter), but there are tens of thousands of them per second, so the motion is fast and yet precisely controlled. The “supersonic” in the name refers to the high vibration frequency.

I couldn’t find an animation that really reflected the workings of the supersonic motor, but for illustration here are two illustrations showing what piezoelectric materials can do: one is from Wikipedia and shows a simple, general piezoelectric motor, while the other shows a slightly different lens motion.

The expanding and contracting sections gradually “transfer” material and thus put it into motion.

A precision-engineered piezoelectric component twists and, by touching other elements, it sets them into motion.

Besides being fast and silent as mentioned above, this system also lets you hand-focus at any time just by twisting the focus ring (this is called Full Time Manual: FTM). So there’s no need to switch from autofocus to manual, because unless the focusing drive is running at that precise moment, the rings are not engaged, and so manual motion can do no harm. Meanwhile with a micro-motor, rotating manually without switching modes means risking damage to the motor or the gears, and could possibly force a visit to a service center to get the lens repaired.

Supersonic motors have huge benefits, so manufacturers love to show theirs off: they often include motor-name abbreviations in lens names. But not all supersonics are the circular supersonic variants mentioned above.

Canon calls its best motors USM (for Ultrasonic Motor), and it calls the above variant Ring-type USM. But in some lenses, Canon uses a simplified version called Micro USM, where the rings are much smaller and are placed on the edge of the lens. They form a tiny, separate motor, whose motion is transferred via gears onto the main components. This variant is slower and in some cases it means losing Full Time Manual (for example in the Canon EF 70-300mm f/4-5.6 IS USM). But its name still contains “USM,” which is very deceiving.

Stepper motors (“STM”) have existed for a long time, but they only really became viable with the arrival of some recent technologies. Canon currently uses them in certain new mid-range lenses. Their technical details aren’t known, but these motors are only slightly slower than supersonics, while being even quieter and having even smoother motion, making them a natural for video. Supersonics are better for lightning-fast focusing during photography, but the way they work isn’t ideal for video. This video gives a beautiful comparison of the two drives:

USM motors sit poorly with video: their motions are jumpier and more random than a stepper motor.

Motorless lenses have become a rarity today, but you will still see the occasional new lens on the market that uses manual focus alone.

One example is Samyang lenses. These lenses have does-the-job quality at a very low price, and the reason is: no auto focusing mechanisms. They’re made for experienced users who don’t mind focusing manually.

Then there’s lens maker Zeiss, whose Otus-brand lenses are extremely expensive, but only include an auto-focus drive in their versions for Sony and Fuji. The only money that Zeiss is saving is lawsuit money: The Nikon and Canon variants were restricted via international licenses.

Anyway—what about you, behind the camera? Well, for video and macro you’re often focusing manually anyway, so for these tasks, a lack of auto-focus is no real loss. We should also take note of tilt-shift here. In modern tilt-shift lenses, the focal plane is tilted, and so autofocus would not work correctly in any case.

Nikon users with a love of the classics need to be careful here. Some old Nikon lenses assume that the camera body itself contains a focusing motor, that turns a tiny screwdriver to turn an autofocus screw inside the lens. So there’s no drive inside the lens. The trouble is, these elements are lacking from some of the cheaper Nikon bodies, so you can end up with your brand new camera not supporting the autofocus in your lens. 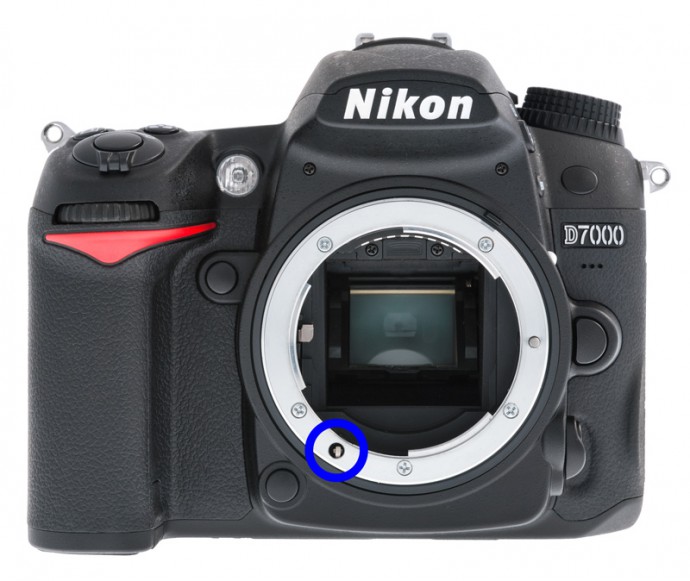 A Nikon D7000 with a screwdriver (marked in blue) for driving autofocus systems in old lenses. Source: Wikipedia.

Get the Best… or Don’t

Now you know all the major autofocus drive types and which ones are the best. But don’t think you should ever immediately reject a lens just because of a motor. This article is intended for orientation only—to help you compare among lenses and to alert you to deceptive terminology among manufacturers.

You only need a fast motor for certain tasks—mainly sports photography and photographing children. Nature photographers, meanwhile, often focus manually from a tripod and can get by with no autofocus at all.

The technology in your camera may seem important, but being able to use it correctly is even more important. That’s the last article in this series will guide you through actually using your autofocus, no matter what its technologies.