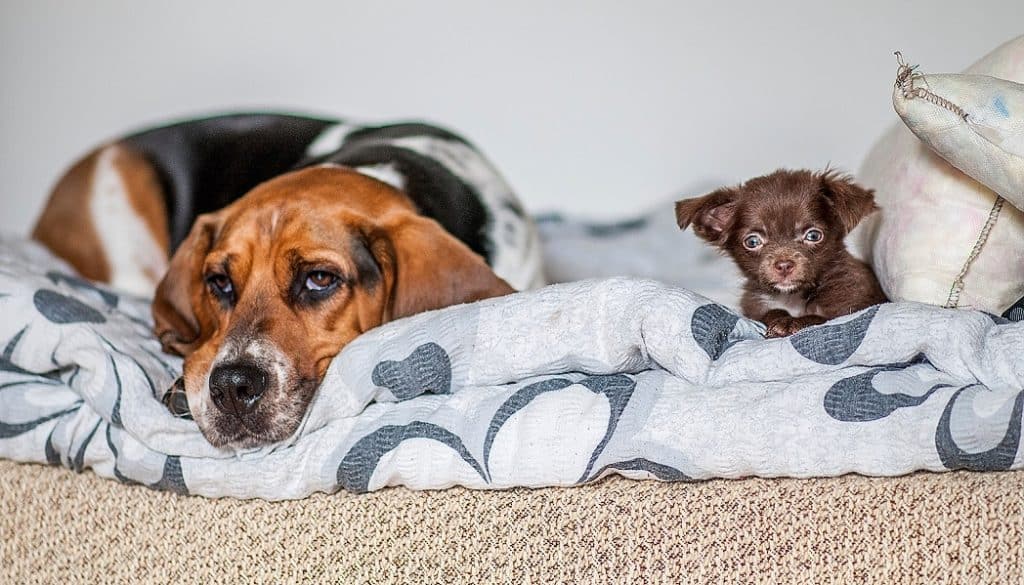 Dogs are faithful, selfless, and very sincere. Every dog owner can confirm it. So it’s no wonder that dogs are a part of many photo albums. Today we’ll show you how to photograph these furry family members right. Photographing dogs is much like photographing children.

First you need to realize what it is you are photographing. It’s not things; it’s living beings with their own personalities. So you need to approach dog photography like portrait photography.

The most common mistake when photographing dogs is to take them from above. Out of either ignorance or laziness, the photographer doesn’t bend over to capture the dog right at its eye level. With this approach, all dogs look silly. But if you photograph a dog from eye level, you are respecting the basic rules of composition, and so naturally you’ll get a much better photo.

There are various breeds of dog, with various looks. For the ones with long muzzles, a common mistake is to let their nose fall outside the depth of focus. To prevent this error, use a tighter aperture.

Make It a Portrait

We mentioned above how you should photograph Man’s Best Friend like you’re doing portraiture. We mean it seriously. Every dog has its own personality, and is special in some way. So find that specialness and capture it. If you treat photographing dogs like photographing people, then you’ll get better photos and find your work easier, because you’ll be going straight for the heart of the picture. We’ve already written many articles on portraiture—try giving these a look:

If you have a dog, learning dog photography will come naturally, because you already feel how a dog is a part of a family. If you don’t, you can help yourself by at least building a positive relationship and friendly approach towards dogs. But if it’s too late—if you’ll never be a dog person—don’t be afraid to just shrug and leave this genre to other people who don’t have this aversion.

Show me someone’s dog, and I’ll know a lot about that person. Dogs, over time, start to resemble their owners… or maybe it’s the other way around.

That’s why a family portrait with a dog is just that little bit better than otherwise. If the resemblance is strong enough, it can go beyond “better,” to “exceptional.” There are many articles on other sites covering precisely this topic. 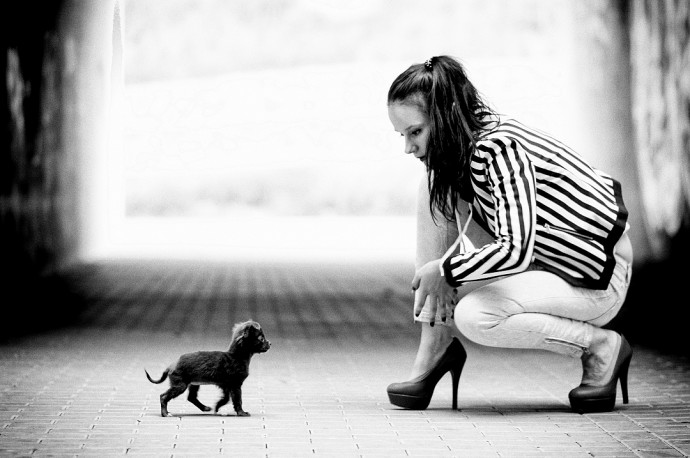 Dogs communicate best with their masters. Ideally you want them to be there for the shot. Always position that person in the direction where you want the dog to look. It’s best if they’re in front of you and at your height. So if you’re kneeling, ask them to kneel as well. That way, the dog won’t be gazing outside of the frame.

Also try to avoid a situation where multiple people are calling out to the dog at once. That leaves the dog confused and unsure of what to do. Soon you’ll have an unhappy dog and an unfortunate photo. Dogs generally aren’t as calm as professional models. So to increase your chance of getting at least one good shot, don’t hesitate to turn on bracketing.

Dogs have been among humans’ closest companions since the dawn of time. In that time they’ve become a lot like us, especially in how they are each a unique personality. Try to capture that personality while maintaining the basic rules of composition and lighting. Then you’ll definitely get a great photo!

Above all, don’t forget to look for inspiration from other photographers, e.g. on Zonerama, which you can acces directly from Zoner Photo Studio.