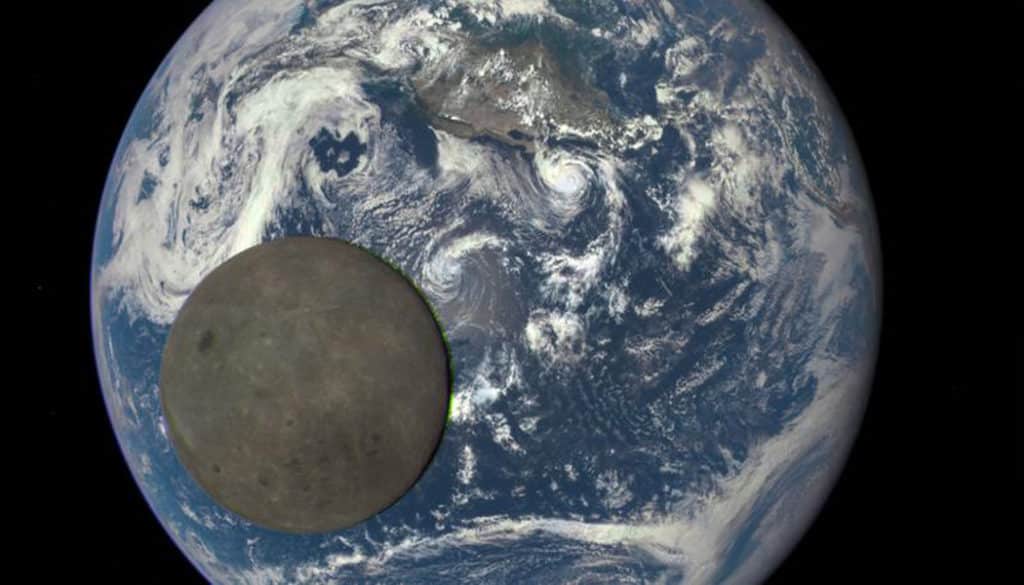 We talk about camera tech all the time in this space – the megapixel race, sensor shifting, smartphoneography….we’ve covered it all over the years. But we were recently stopped dead in our tracks by photo feat that was, well, just out of this world.

We’re referring to the recent NASA released image from a camera aboard the Deep Space Climate Observatory (DSCOVR) satellite. The camera captured a unique view of the Moon as it moved in front of the sunlit side of Earth last month. The series of test images shows the fully illuminated “dark side” of the Moon that, of course, we never see from our vantage point here on Earth (though rock group Pink Floyd might have a thing or two to say about that).

Along with the shots of the moon passing in front of the planet we call home, the camera simply captured some stunning images of this spinning sphere we live on ….taken form a mere million miles away.

The images were captured by what NASA calls their Earth Polychromatic Imaging Camera (EPIC), an interestingly enough this space cam is just a 4-megapixel CCD camera that is attached to what you might imagine is a very powerful telescope aboard the DSCOVR satellite orbiting 1 million miles (1.6 million kilometers) from Earth.

NASA explains that from its position between the Sun and Earth, DSCOVR conducts its primary mission of real-time solar wind monitoring for the National Oceanic and Atmospheric Administration (NOAA). Thus, the camera (EPIC) maintains a constant view of the fully illuminated Earth as it rotates, providing scientific observations of ozone, vegetation, cloud height, and aerosols in the atmosphere. Too cool.

Since the much ballyhooed earth pic was taken, EPIC began regular planetary observations providing a daily series of earth images allowing study of daily variations over the entire globe. About twice a year, the camera will capture the Moon and earth together as the orbit of DSCOVR crosses the orbital plane of the Moon.

Suffice it to say we have come a long way since that first iconic image of earth was taken – back in 1972 and forever dubbed The Blue Marble photo – taken by the crew of Apollo 17, at the time a measly 28,000 miles from home. 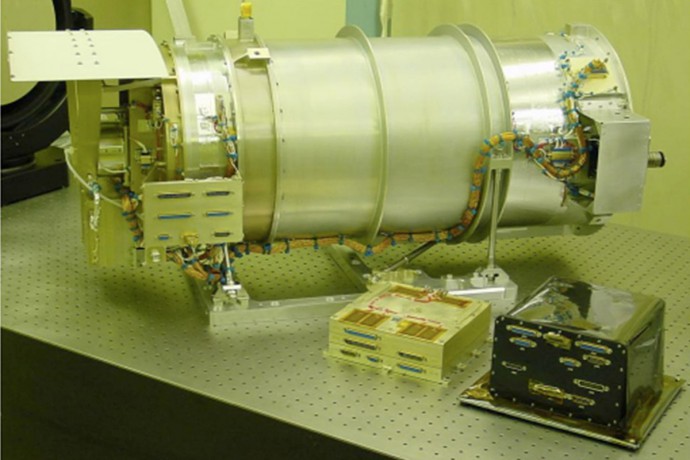 A bit more about some of the particulars of both the camera and the tech involved in capturing the aforementioned celestial photography courtersy of NASA. EPIC’s “natural color” images of Earth are generated by combining three separate monochrome exposures taken by the camera in quick succession. EPIC takes a series of 10 images using different narrowband spectral filters — from ultraviolet to near infrared — to produce a variety of science products. The red, green, and blue channel images are used in these color images.

The lunar farside lacks the large, dark basaltic plains, or maria, that are so prominent on the Earth-facing side. The largest farside features are Mare Moscoviense in the upper left and Tsiolkovskiy Crater in the lower left. A thin sliver of shadowed area of Moon is visible on its right side. 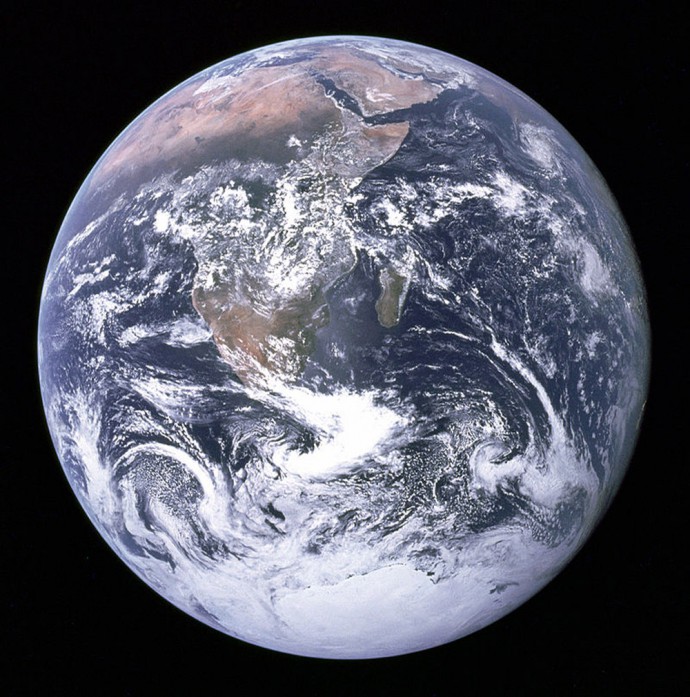 “It is surprising how much brighter Earth is than the Moon,” said Adam Szabo, DSCOVR project scientist at NASA’s Goddard Space Flight Center in Greenbelt, Maryland. “Our planet is a truly brilliant object in dark space compared to the lunar surface.”

All in all some pretty epic stuff from an EPIC camera. Now if they can only figure out a way to attach the entire set up to a smartphone.