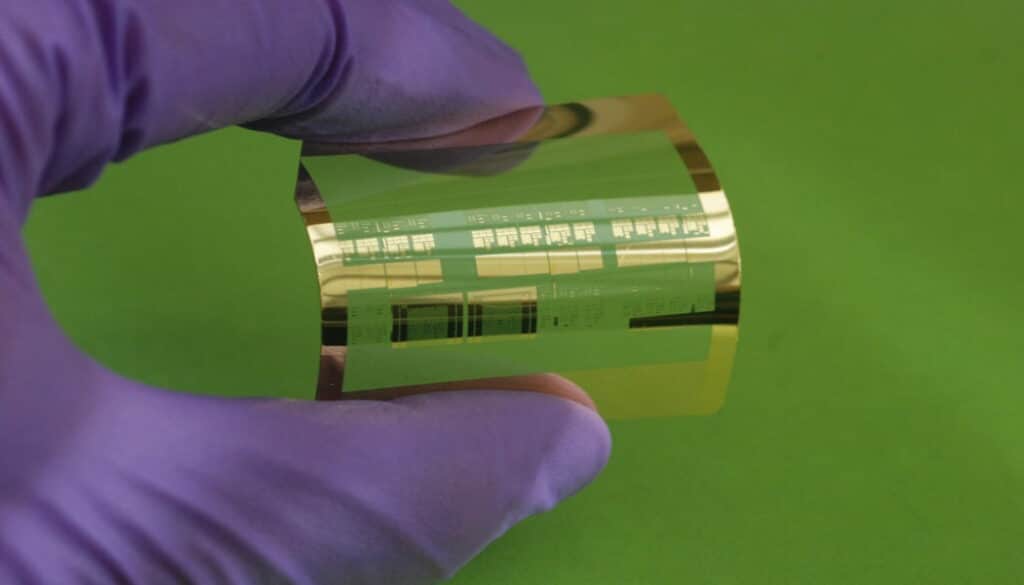 The Holy Grail tech for those involved in the imaging world has always been to mimic, via digital means, exactly what the human eye sees through a camera and produce that vision as an image.

Scientists at the University of Wisconsin are claiming they may have done exactly this with the creation of what they are calling the fastest, most responsive flexible silicon phototransistor ever made.

The team of electrical engineers explains that this innovative new phototransistor could improve the performance of myriad products — ranging from digital cameras, night-vision goggles and smoke detectors to surveillance systems and satellites — that rely on electronic light sensors. Integrated into a digital camera lens, for example, it could reduce bulkiness and boost both the acquisition speed and quality of video or still photos.

Like human eyes, phototransistors essentially sense and collect light, then convert that light into an electrical charge proportional to its intensity and wavelength. In the case of our eyes, the electrical impulses transmit the image to the brain. In a digital camera, that electrical charge becomes the long string of 1’s and 0’s that create the digital image.

While many phototransistors are fabricated on rigid surfaces, and therefore are flat, Ma and Seo’s are flexible, meaning they more easily mimic the behavior of mammalian eyes.

“We actually can make the curve any shape we like to fit the optical system,” Ma says. “Currently, there’s no easy way to do that.”

Professor Ma explained that unlike other photodetecting structures, the new silicon phototransistor is much more efficient because light cannot be blocked by metal layers.

Light At The End of The Tunnel

As most seasoned shooters know, capturing that perfect action shot requires high shutter speeds which comes at the price of decreasing the amount of light that the camera can collect resulting in less than sharp final results. Toss in a low light environment and things get even more dicey – using flash, fiddling with ISO, changing aperture, etc.

In addressing this situation the researchers at UW-Madison placed electrodes under the phototransistor’s ultra-thin silicon nanomembrane layer — and the metal layer and electrodes each act as reflectors and improve light absorption without the need for an external amplifier.

“In this structure — unlike other photodetectors — light absorption in an ultra-thin silicon layer can be much more efficient because light is not blocked by any metal layers or other materials,” Ma explained. “There’s a built-in capability to sense weak light.”

This is clearly a photography story with several exciting chapters yet to come as the researchers on the project only recently had their work published in the journal Advanced Optical Materials. The possibilities here are impossible not to get excited about.

“This demonstration shows great potential in high-performance and flexible photodetection systems,” says Ma, whose work was supported by the U.S. Air Force. “It shows the capabilities of high-sensitivity photodetection and stable performance under bending conditions, which have never been achieved at the same time.”