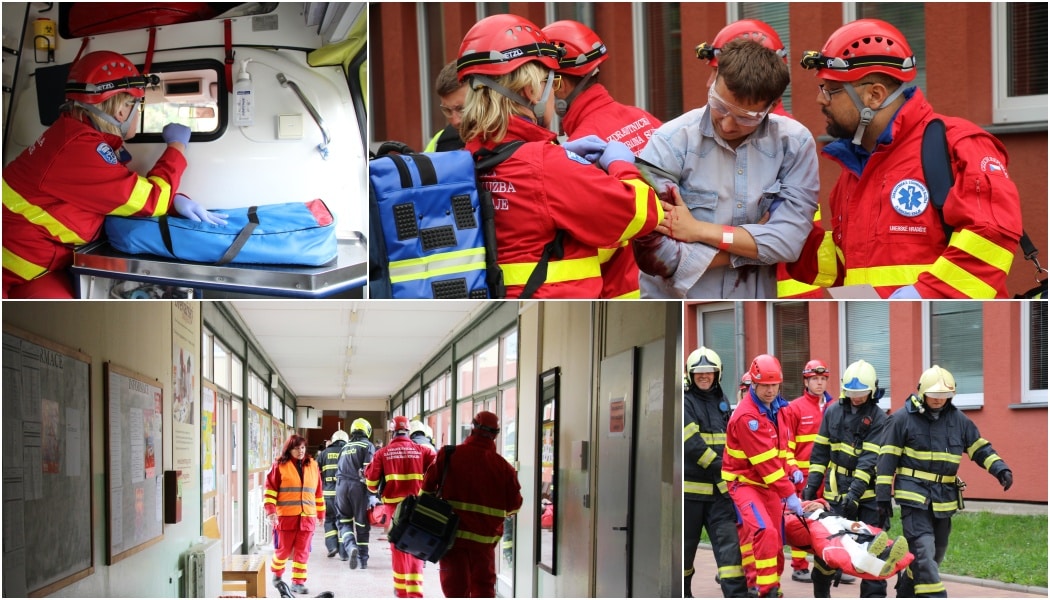 Like everything else, news photography has its specifics. There’s a fairly strict set of rules that a news photographer must follow in order to take a good photo with something to say. So let’s take at least a brief look at what these rules are.

By now it’s fairly common to have some means of taking a picture at hand whenever, nonstop—no matter whether that’s a traditional camera, or just a phone with a good camera built in. And this might why people believe that anyone can take investigative photos worthy of a photojournalist however they please.

Composition as the Key to a Good Picture

Naturally the magic words “proper composition” should come into play in every photographic genre. But for news photos, objects’ positions within an image truly play an especially important role. Any photo meant for the news media must precisely reflect reality, and so the possibilities for editing it in Zoner Photo Studio or another editor are very limited. So this means that if you get something wrong during the shot, you can hardly expect to fix it in post-production.

Do you need to photograph a festive official event that’s supposed to be bursting with crowds, but actually only a few people came? Then you’ll have to rely on your photographic skill to keep the lack of attendees from being too obvious in the photo.  Under no circumstances should you “clone” more participants in during post-production.

Also, for news photographs especially, you have to watch out when you’re photographing people from above or below, because you can easily e.g. make an unintended statement about a politician’s power this way.

The rules of composition for news photos correspond to the rules of the golden crop, although as it always tends to be, the winners of contests for this genre are mainly people who know how to masterfully break these rules and use that in their favor.

Sometimes you do need to lightly edit this kind of photo, but even then, you’ll have to forget about retouching. In news photography, the emphasis is on being informative, current, expressive, and quick. The beauty and perfection of the scene being captured take on a lesser importance. The real world’s what’s important!

(The plague of retouching and fabricating, as well as posing models to capture a certain event in a photo, is out there even in highly prestigious photographic contests, but you shouldn’t let that influence you.) And what’s more, who says that even the rawest of photos can’t be beautiful in its own way?

“Take some reportage shots for me… All Souls’ Day is coming up, so, at the cemetery.” I heard this sentence about three years ago from my teacher at a course on the basics of digital photography for journalism students. (Many of my countrymen in the Czech Republic visit the cemetery on All Souls’ Day to commemorate departed loved ones.) He wanted to illustrate the basics of how news photos work using a simple situation. And because it was cold and damp autumn and All Souls’ Day was on its way, he chased us out to the unwelcoming nearby cemeteries. For our first reportage project, he furnished us with some tersely stated basic rules: gestures, faces, emotions, vary shot sizes (long shot – medium shot – close-up), compositions, and above all don’t be afraid.

Gestures are very important for a photograph’s informational value; they demonstrate the action shown. That’s also why waves of trigger presses erupt whenever a speaker at a press conference starts to gesticulate.

Talk to People and Be Direct

We students could find topics in the form of people burning candles or wiping their eyes full of emotion, or the vendors selling wreaths and candles before the cemetery gates. But when I turned my lens from suspiciously close up towards anyone involved in these activities, I often immediately met with grumpy looks and malicious questions. And I realized what it was that our teacher was telling us not to be afraid of.

As it was, all of my pictures at that time were in fact bad pictures, perhaps because of my unwillingness to come up and talk to random people at the cemetery. Perhaps because my untrained eyes didn’t see what possibilities they had. However, I later recalled our teacher and his priceless rules countless times during my three-month internship in the editorial department of a regional periodical. That’s why my advice is: don’t be afraid to talk to people.

Learn from my mistakes

Everyone starts somehow and learns from mistakes. So I’ll share a series of botched photos with you and show you what all was wrong with them. Hopefully they’ll inspire you, and you too will learn from my mistakes.

First photo: The plan of photographing a burning candle may have been good. Nevertheless, I could have shot the picture from the other side so it could show the face of the person placing the candle on the grave. I also could have kneeled down a bit to express to my audience that the photo’s point was the burning cemetery candle, while the face and hand of the person placing it were merely a background.

Second photo: “Completely unneeded,” our teacher said, and today I have to agree with him. Perhaps within a large series and in the context of multiple photos, this one could have added to the overall point. But just looking a photo of chrysanthemums, hardly anyone is going to think, “Aha! All Souls’ Day!”

Third photo: An effort to capture a gesture. However, if the photo were cropped and the right third removed, the women’s faces in the photo would have more room. As it is, a third of the space needlessly lays unused and says nothing to the audience. It would also be good to move rightward so as to show more of the face of the woman on the left and to bring out the background.

And since bad things sometimes come in fours: The effort to support the visual message with a textual one. The effort to cram the person and their face into the picture. The composition would have turned out much better if I had waited back then until the man had reached roughly the corner of the green lawn. His face would be more visible, and on the left in the background the whole cross would stand out; together with the gravestones it would provide a clear signal that this photo was taken at a cemetery.

The fundamental difference between composing news and art photos is that in news, the background is important. While for example in an artistic portrait of a painter you might photograph her with a brush and a palette in her hands and use depth of field to blur the rest into a pleasing bokeh, when taking a photo with journalistic value, you should think more about the composition of the objects in the background, perhaps choose settings that give a greater depth of field, and keep important details in focus even if they’re in the background.

Prestigious contests such as World Press Photo put the gems of news and journalistic photography on display each year. Take inspiration from the best of the best photos. News photos and more can provide you with valuable knowledge that will also help you improve your artistic photos. But that’s a subject for a future article.

Urbex: Simple PC Edits to Give Your Urbex Photos Atmosphere

How to Fix Crooked Photos