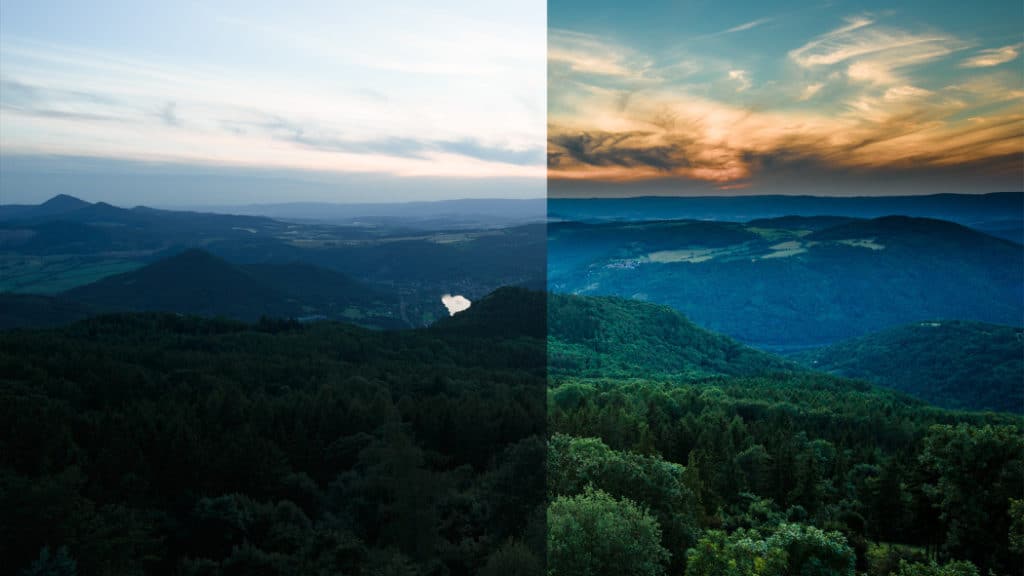 This article exaggerates a little, and with some of these points, it’s sometimes better to behave the opposite way than we describe (that is, to behave “badly”). But those are special situations, and experienced photographers have their reasons for acting in certain ways. Beginners, meanwhile, use these inappropriate approaches or settings very often, and could gain from making a change.

So here’s an overview of the most common bad habits of beginning photographers:

A classic. Lots of people who’ve never read anything about photography don’t know about the golden mean rule or other compositional aids. They take everything from standing height, and they always put the subject right in the center of the photo. The result is boring pictures.

Composition is a problem that’s hard to fix on a computer, even though sometimes a crop is all that’s needed for good results. But those are exceptions; generally the composition is baked into the photo and not really changeable afterwards. That’s why this is the main point that beginning photographers should focus on and try to improve at.

This can partly can be included in the previous point, but I want to emphasize it. More and more often I run into the situation where someone wants me to go and photograph them at a particular place. They know an interesting tree, column, or maybe a rock face with flowers, and they’d like to have it in pictures (along with themselves). But it’s not uncommon that right behind their object of interest there’s a barbed-wire fence, or that the spot is between a parking lot on the one side and run-down houses on the other.

So no matter how beautiful the person and the place are, remember, a large part of every photo is taken up by the background, and that background needs to be beautiful too. So you need to think about this background plane in advance.

3. Not Editing Their Photos

Now, if you’re shooting reportage, we can kind of ignore this point. Few people will probably appreciate pictures from the latest football match converted to a romantic black-and-white style. But even for reportage, minor edits on a computer are appropriate.

However, if you’re shooting e.g landscapes, or anything else for artistic presentation to friends or strangers, then post-editing your photos is practically a must. Otherwise you can forget about having your work look even nearly as good as the pictures that you like on the Web.

If you want to edit your photos, then the JPEG option in your camera is not the right choice. Learn to use the RAW format, and the options you have available will increase significantly, as will the quality of your photos.

5. Not Reading the Manual

Today’s cameras have lots and lots of features. You don’t necessarily have to learn to work with all of them, but it’s not enough to just know the locations of the On/Off button and the trigger.

Knowing how to change the shooting mode and the exposure compensation, and how to show a histogram, will push you forward immensely, and improve your photographs.

I’ve even found myself glad sometimes that I reread the manual in a spare moment when I had it at hand, because it helped me to understand lots of terminology and techniques, and uncovered several useful functions that were new to me.

This point relates to the last one. Naturally a complete beginner simply is going to shoot automatic; that’s unavoidable. But as soon as you’ve dived a bit into the basics of photography, I recommend switching from the automatic mode (Auto or P) to the more creative exposure modes and stop letting your camera make major photo decisions in your name. In most cases, aperture priority (Av) is a good choice.

7. Keeping the Flash on Nonstop

A small integrated flash is capable of worsening a picture on several levels at once. Unfortunately automatic modes really love to activate the flash automatically.

In darkness, the use of a flash is unavoidable if you want to take any kind of picture at all. But in twilight you can decide that, at the cost of more noise or mild blurring, you’ll do without a flash. This is often a better choice than having a sharp, but otherwise ugly photo.

The opinions on this one vary wildly. Some people are of the opinion that every shot should be pre-considered and then taken “right the first time” if possible. This leads to fewer junk pictures.

My opinion, on the other hand, is that beginners, above all, should certainly try to think a little, but after that they should go on and try to take lots of shots from various angles with various compositions. Naturally not every one will be perfect, but it’s hard to say in advance which variant will be the winner. It’s hard to evaluate the situation on a camera’s LCD, so it’s good to leave the final answer to when you’re back home.

This approach gradually helps you learn, and eventually you know in advance which shot will be a good one and which one not, and the exact reasons why.

9. Publishing Too Many Photos

While taking lots of pictures is OK, actually publishing them all is a problem. Nobody wants to wade through the whole contents of your card on Facebook.

Sort through your photos and delete some if you can. For every series of very similar shots, leave just one. If it’s worth publishing.

Memory cards and memory modules get bigger every day. Despite this, leaving all your photos from the last five years on your phone or camera without having any copies anywhere else is begging for trouble.

Make a habit of backing it all up and have your data in at least two different places, so that you’re not left feeling sorry one day.

An even bigger problem than running out of space is running out of battery. It really pays to check through everything before you head out the door. The best policy is to just always carry an extra battery and an extra card along with you. That way you won’t be at a loss if you end up with an opportunity to take more pictures than you expected.

Good cameras and expensive lenses do of course have their advantages. Often even fundamental ones. But the Internet is full of great photos taken with a minimum of equipment and a maximum of creativity.

Anyone looking at these photos will be far more interested in emotions than in technical specs. Your dream equipment can give you a technically perfect image, but that kind of image will always be trumped by a picture with creative composition, provocative ideas, or beautiful edits on a computer.

What Would You Add?

That’s the Hall of Fame for beginners and their cameras. While this list certainly isn’t complete, and I thought about other points, they didn’t seem basic enough, or they couldn’t be formulated generally enough, and various versions applied for various situations.

Do you have ideas for further points you’d add to this list?

Portrait Lighting IV: Give Work With Combined Light a Try

Choose Your Depth of Field Wisely