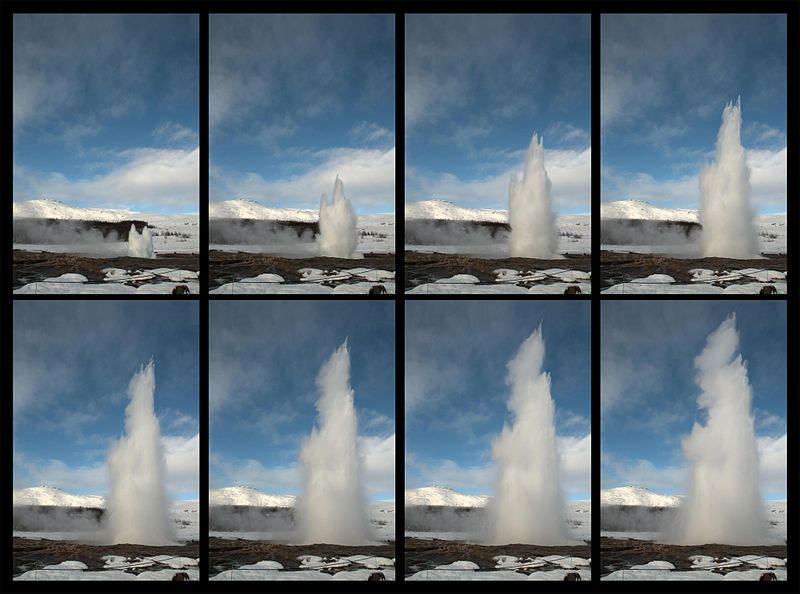 1. You’ll Get More Passes at One Great One

Let’s face it, there’s a reason we typically take a lot of photos — we don’t always get it right the first time. Fortunately, we don’t have to either. Taking an extra snap or three is a photo insurance policy in the event your initial exposure was sub-optimal. Whenever I shoot with my smartphone, for instance, I routinely find myself taking one or two extra shots just in case my initial photo didn’t pan out.

If you’re shooting candids, a “free-fire” mindset improves your chances of catching a truly memorable moment. You can’t predict when a great smile, expression or pose will materialize and the only way to ensure you’ll capture one is to keep up a steady stream of photos.

2. You Can Take Advantage of Cool Camera Modes

While I praised the discipline that taking fewer photos imposes, digital technology has made a virtue of taking multiple photos. Take exposure bracketing modes, which are available on most cameras. Set to exposure bracketing, your camera will typically snap up to three photos, each at varying exposure settings, allowing you to pick the best one. You could also manually bracket a scene by taking a series of photos at different exposure settings (beyond the three you’re limited to in automatic bracketing) which gives you the opportunity to play around with them on your PC (more on that in a minute).

Burst or continuous shooting modes are another great example of a camera setting that produces loads of images that are nonetheless useful. For someone like me who frequently finds himself on the sideline of a youth sports game, burst modes have become my best friend. I’ve captured some great action shots I otherwise would have missed if I attempted to simply snap “the one” with a single press of the shutter. Photos do tend to pile up when you shoot in burst and you may find yourself discarding many more images than you actually save, but burst mode tends to take the work out of getting a great sideline action photo.

Time lapse is another interesting camera mode that can accumulate a lot of images, but for nature photographers it’s well worth it.

3. You Can Take Advantage of Cool Software

It’s true that the more photos you take, the more difficult it is to manage them after-the-fact. But there are opportunities here as well. With multiple photos, especially of the same scene, you can do some neat things using Zoner Photo Studio. For instance, if you manually bracketed a series of photos, you can merge them using the Exposure Blending HDR tool to create a high dynamic range image (you can learn more about HDR photography here). If you have two photos of the same object, you may be able to turn them into a 3D image too or you can import visual elements from one photo into another (these don’t have to be photos of the same scene, either).

Beyond the creative opportunities available, there are other tools in Zoner Photo Studio to help you manage a large pool of photos. Batch editing tools for EXIF data, the ability to compare up to four photos on one viewing pane and intuitive search tools will help you cope.

So, now you’ve heard both sides. Which do you think makes more sense?

Our Best Photography Articles of 2015

A Merry Shutter and a Happy New Frame!