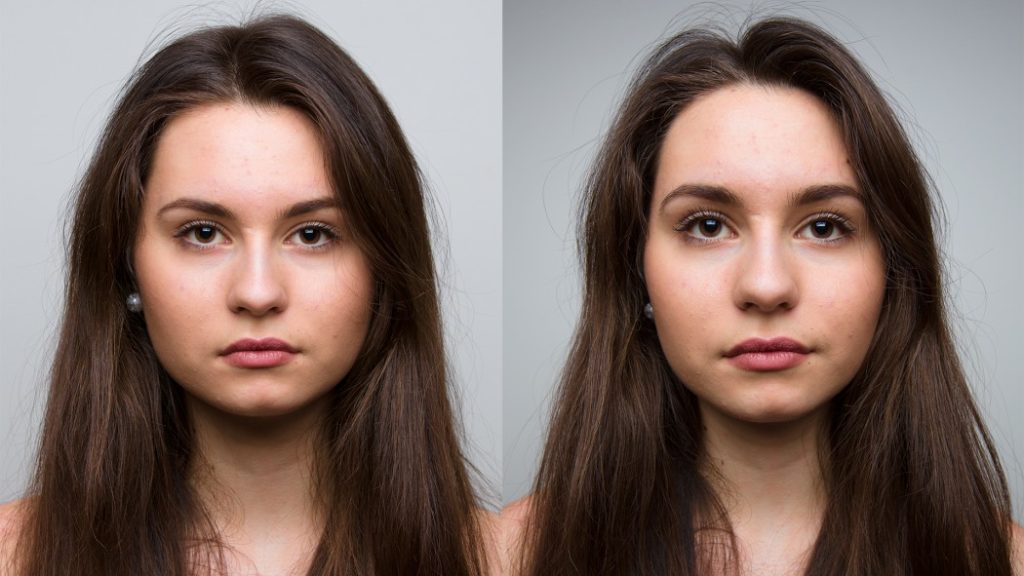 When you’re getting started in photography, even camera settings can be a sack of troubles. Now add to this the fact that sometimes you pull out your camera or cell phone and quickly snap a picture without thinking. In portrait photography, this can spoil your picture—it can deform your subject’s face. So—how do portrait photos look when taken at different focal lengths? And what should you do to keep from ruining your portrait photos? Read on to find out!

Portraiture is more than you think it is—it ranges from taking pictures for ID cards, to photographing a friend so they’ll look better in your phone contacts, to doing posed shots in professional studios, to shooting potraits outdoors. We’ve covered portraiture here before, for example in the article Three Mistakes to Avoid in Pictures with People.

In portraiture you have just one goal: to capture the subject as well as possible. But out of a lack of knowledge and experience, beginners tend to poorly choose their focal length. They just leave whatever was there when they turned on the camera—usually a low value caused by the camera’s wide angle. And when they want someone’s face to fill the whole frame, they tend to just walk closer instead of zooming in. The result is face deformation—a little or even a lot—due to the perspective effect.

To illustrate this better, I’ve shot some sample portraits where the camera was zoomed to various focal lengths, using various distances from the model so as to keep the area of the scene occupied by the face constant (all focal lengths have been recalculated for full-frame, i.e. for a camera with a crop factor of 1):

Cameras have focal lengths starting somewhere between 28 and 40 mm, and the “factory settings” we mentioned above will go for the lowest numbers, so look closest at the “28” and “40” shots above. Even though the face deformation isn’t obvious at first sight, in comparison with a “correct” photo, it’s striking. The biggest problem is the enlarged nose, which is there because the photographer has to stand so close to the subject that their nose is significantly closer to the camera, making it look larger.

Meanwhile larger focal lengths force you to stand farther away, where the subject’s nose is relatively only a little closer to the camera—so perspective doesn’t come into play. That’s why focal lengths of 85 mm (full frame equivalent) up to about 150 mm are prized for portrait photography. You can of course use even higher focal lengths too, but then you’ll get optical flattening of the face, making the whole picture feel a bit two-dimensional. But this effect is mild compared to perspective deformation; you don’t really need to worry even with, for example, a 300 mm lens.

I have to emphasize that all the numbers I’m giving here are for cameras with full-frame sensors. If you have a basic DSLR or mirrorless camera, your chip will generally be an APS-C, making it 1.6 or 1.5 times smaller. This makes your focal lengths correspondingly shorter, so if someone recommends 50 mm to you instead of 85 mm as an ideal portrait lens, they’re not wrong: 50 mm × 1.6 = 85 mm (and 50 mm × 1.5 = 75 mm).

Even though I obsessed on focal length above, the real issue is physical space. They tend to go hand in hand, but they don’t absolutely have to. There’s no definitive reason why you can’t take a great, undeformed picture with a 20 mm lens, as long as you’re far enough away. The only trouble is that if you do take a picture like that, the head will only take up a small part of the picture and most of the person’s body will be in the shot. Great if you’re tired of the classic “head and shoulders” portrait, not so great otherwise.

I’d say simplest is best. And the simplest is to set the focal length to 85 mm or higher before you start to shoot, and then step back as each shot demands so as to get the face into the shot. Your reward will be better portraits where the subjects will smile again when they see the shot!

A Great Path to a Cheaper Lens