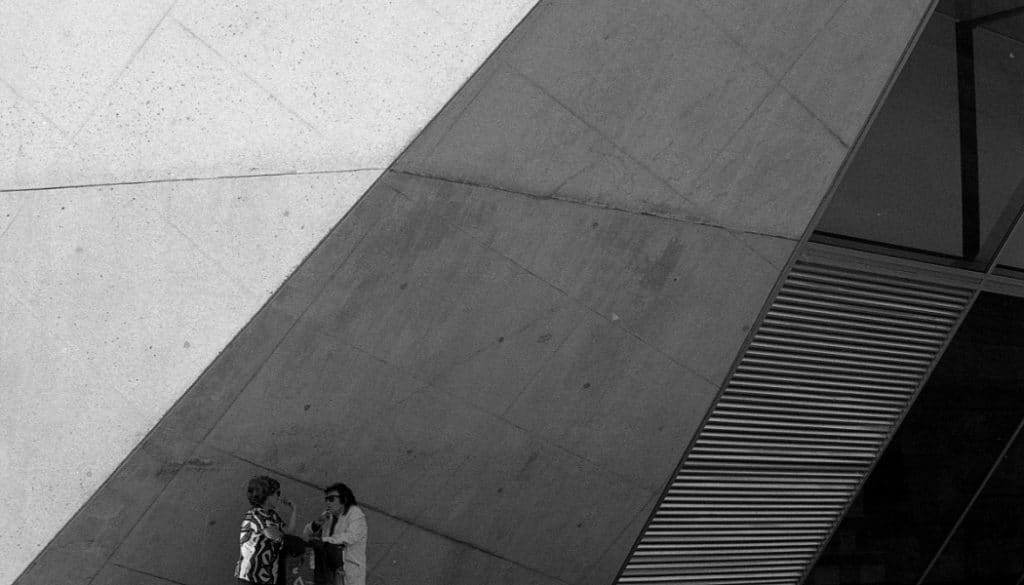 Definitely don’t throw out that old Leica gathering dust in your attic! Or any other film camera you’ve got. Considering today’s super-sensitive sensors with an ever-growing megapixel count, the old analogs might look like dinosaurs riding a modern retro wave, but they actually can serve better than you think.

When I got my first analog camera, completely new spaces in the universe of photography opened up for me. The camera was a Czechoslovak like me: a Flexaret VI twin-lens, completely different from the DSLR I had at the time. It has no exposure meter, everything is set by hand, instead of a viewfinder, you look at a focusing screen from above, and it produces square images. Soon afterwards I also acquired a small automatic distance meter (two images are projected into the viewfinder, and when they line up, you’re focused right) and finally a classical SLR. I never let go of my digital, but photography with these three companions has had a pretty strong impact on how I take pictures and how I see photography. And I have to say: quite positively in my opinion. Shooting to film has taught me a lot.

Perhaps the largest difference between analog and digital is in quantity. Today you can buy memory cards that can hold even thousands of photos. Then you either delete them right on the camera, or spend hours in front of your computer endlessly comparing to see which picture out of 15 nearly identical versions is the best. Film is highly limiting in this regard. One strip of 35 mm film offers just 36 frames. Even fewer photos fit onto the rolls that are inserted into medium-format cameras like the Flexaret. For the Flexaret itself, it’s 12 pictures.

Every snap costs something, and you can’t just delete it and free up space. That forces you to be frugal and to think about whether or not this or that is worth photographing. Ever since I’ve started shooting to analog, I bring back less than half as many photos on my digital too, with at most two or three versions per subject.

Many other arguments for shooting to film derive from this shot-count restriction. As I noted above, you start thinking about what you’re photographing, and how, before you even press the trigger. You become more patient, and you learn to wait for the right moment. I’m becoming more and more convinced that the foundation of a good photo lies precisely in careful observation.

Knowing how to wait for a shot also means learning to predict things. Taking pictures with a camera that’s analog, and also fully manual, is slow. At first, when you don’t properly know how to work with it yet, it’s really extremely slow. No automatic focus, no built-in exposure meter, and no way to even check the exposure. You have to measure exposure in advance. If you don’t want to miss a nice moment, then you have no choice but to try to predict when one will come. That’s a great ability, especially when you’re photographing reportage, sports, events, or weddings. I might even say it’s a key ability. Thanks to its slowness, film photography is just great for training your prediction skills.

Naturally analog cameras don’t have an LCD to let you immediately check how your photo turned out. That can seem a little inconvenient. But actually it’s the best thing you could ask for. Instead of constantly gawking at the display, you’ll only be looking in the viewfinder, or looking around. It’s much less likely that you’ll miss a picture while you’re checking out the one before it. That’s happened to me lots of times. With a film camera, I’m gradually losing this bad habit.

Ehh, I’ll Edit it Later on the Computer

There’s one sentence I’m not saying anymore. You might object that even an ugly film negative can be touched up in many ways. And you’d be right; a badly exposed shot doesn’t have to mean a lost picture. But it still is quite a bit more complicated with film, especially if you won’t be the one taking it to the darkroom.

You don’t just click on a few sliders. A crooked horizon will stay crooked. That will gradually lead you to check your composition in the viewfinder, and to watch for even small details that might detract from a picture. This too is useful for work with your DSLR. I definitely spend less time editing my photos now. I also crop far fewer photos. And less time on the computer in the end means more time for photography itself.

Unless you happen to pick up an automatic analog camera, you will need to care a lot more about setting up exposure than before. Also, old cameras often don’t have an exposure meter built into the body, and so you’ll have to rely on an external meter. I recommend that variant, especially if you’re born to be lazy like I am.

Because I don’t want to measure exposure before every picture, I often just guess it. And the more pictures I take, the better my guesses get. So bit by bit I get faster at taking pictures. When you’re setting the aperture and shutter speed each time manually, you start to feel more clearly how these two relate to each other and how your whole camera mechanism functions.

The Beauty of Imperfection

With the advanced technologies found in digital cameras, we all fall prey to the illusion that a photo has to be perfectly sharp, with perfect contrast and exposure. With film you’ll probably make a lot of mistakes. And maybe the camera you get will have an imperfection such as a scratched lens. As a result you’ll learn that it’s not so important after all.

A photo is never good just because it’s perfect from a technical standpoint. Good photos always come mainly from their content. And mistakes themselves can often improve a photo. Blurring, unsharpness, and unexpected illumination can be precisely the elements that breathe atmosphere and uniqueness into a photo.

I’d go so far as to say that if photography has lost its excitement for you, film will bring it back. All the time you spend waiting until your roll is developed, until your pictures are blown up or scanned, until you see them in all their glory. That whole time, you don’t know if it all turned out. And when you then discover that it all went great and you see the picture you imagined… that’s a blast. Doubly so if you’re processing the film yourself.

I might not develop my film until a month after the shot, or even much longer. I often prepare some nice surprises for myself. That’s something that practically doesn’t happen to me with digital pictures. With those I immediately see what I photographed, and it all loses that pleasant tension.

What’s more, picking up a film camera isn’t expensive at all. You might just have a vintage camera lying around at home, but otherwise, they’re a few dozen dollars at a second-hand shop, and for around a hundred and fifty you can even pick up a very good SLR including the lens. I definitely don’t regret a single penny invested into my three analog cameras.

How to Create a Transparent Background

A well-organized collection—the way to find any photo fast, any time