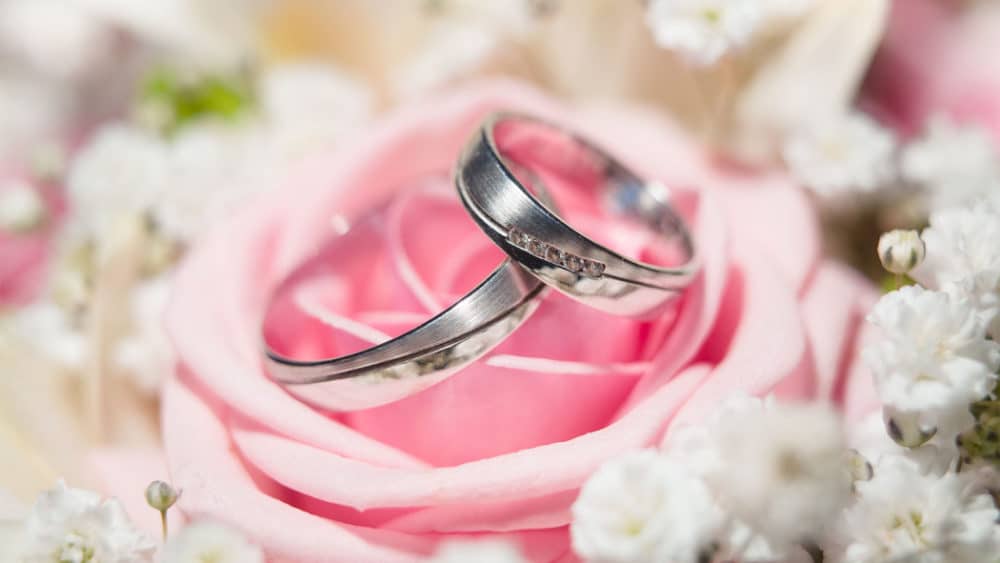 If you’re starting out in wedding photography or planning to do so, you’ll quickly run into several typical situations that you’ll have to be able to manage somehow. Take a look at the seven most common situations a photographer has to solve that won’t be in the wedding schedule.

Every wedding is different, yet some situations are classics. If you’re prepared for them, you can handle them with a smile and get better photos that your newlyweds will definitely appreciate.

1. Guests shooting pictures or video on their phones

The #1 classic. People take pictures on their phones everywhere, and a wedding is a welcome opportunity. I won’t cheaply moralize here on how it’s a mistake and how they should be enjoying the event instead. It’s true that without phones, things would be somewhat easier for the main photographer, but on the other hand I’ve observed that it usually doesn’t interfere in my photos, or only marginally.

The real trouble here only comes in two situations. The first is during the newlyweds’ entry and exit, especially if the guests will be forming a guard of honor that they will walk through. For the main photographer, this is an opportunity for an impressive photo. But sometimes people leaning in from the sides, or at least hands held out with shining phones, can disrupt it.

Simple patience can be a very effective tool here; the hands will quickly fall back down, and then you can get a picture without devices. However, if someone decides to film video for this kind of moment, they will be in the way throughout. So I prefer to take a lot of pictures from different angles and in different phases of the walk. Even though in the end I might not have the picture I dreamed of, I’ll always find another that’s also good. An alternative route to an impressive picture is a close-up of one of the disrupting phones that has all the action on its screen.

I also feel that if the guests are occupied with throwing rice or blowing bubbles at a moment like this, they get caught up in it enough that they don’t pull out their phones. This may be a good tip for newlyweds/planners, though of course as a photographer on the spot, you can’t really influence this.

The other “crisis” situation is group photos. Sometime a friend of a group will want to photograph them, and so suddenly there are two photographers standing before them. That may not seem to be a problem… but when you look at the final picture, half the people are gazing into your lens and half somewhere else—into the other photographer’s lens. My solution is to wait a few seconds and lower my camera so that everyone is looking at the other photographer, and only take my picture after he’s pressed the trigger.

Official cameramen get in the way of photographers, just as we get in the way of them. Cooperation is needed so we don’t spoil each other’s shots. I like professionals, because they have an idea of where they’ll be going, and so I can work things out with them before the ceremony in minutes. Pro creators also aren’t ashamed to stand at a medium distance from the newlyweds—that’s good for me! I can walk behind them, and because they’re turning the camera, I have a rough idea of what part of the room they’re currently filming and take more liberties or get out of the way. If there are multiple cameras, that’s even better, because even if I whiz in front of one of them, I know another one is filming usable video.

If the newlyweds loan an amateur a camera for a half-hour to film them, on the other hand, that’s a problem. Recently I was at a wedding with that kind of cameraman, who unfortunately was standing very far away in a corner of the hall with their camera aimed at the middle. So there was no way to stand outside the scene. Even still, I tried to be as inconspicuous as possible. When it came time to present the rings, I needed to get up close, and so I was blocking his view. But he didn’t have the courage to step forward from behind me, and so I indicated to him that he too should come closer. We then both had good pictures from this miniature event.

And in general, inconspicuous communication and gestures come in handy. Both with cameramen and with people helping the priest or official—for example when I want to know where I can still go during the events.

For the first thirty years of my life, I don’t think I ever heard this phrase. But then I became a photographer, and since then I’ve been encountering it regularly, and it seems unlikely to stop. I have to wonder where people learn it—even on the Internet you won’t find this line of thinking often.

In any case I recommend thinking up a reply. My replies for now are in the vein of  “don’t worry, it hasn’t happened to me yet—I did break my lens assembly once at a wedding, but my lenses have always held up.”

Fortunately I only hear this sentence about once per two weddings, and so it’s not that frequent.

4. Guests disappear after the ceremony

The newlyweds’ families stay close to the main two participants all day. But there are also friends here who only came to watch the ceremony itself. After it, they start to leave. It’s thus critical to get a group photo the moment you can. Usually after the congratulations. If the newlyweds are unsure of what should happen when the congratulations end, I explain this problem to them, which typically immediately wins them over for a big group photo.

So unless the wedding is organized unusually (e.g. in the newlyweds’ own garden with friends who will be there all day), it’s a mistake to start by taking photos of smaller family groups, because other people take that as a sign that nothing more will be happening, and so they start slowly, or quickly, heading off.

To speed up this big group shot’s organization even more, work before the ceremony to find a suitable place for it. At most weddings there are too many guests to just place them in a line. Broad steps, small slopes, etc. are good places to arrange them… or you yourself can head high up.

Group photos bring another tough nut to crack: small children. A shot with a hundred people and several children is hard to influence, but for a photo of seven people, including parents cradling their tiny son, you have room to improve it.

Children have short attention spans, and when they won’t look into the lens on their own, it’s hard to grab their attention. But not impossible. There’s one trick that’s proven itself for me—coming up to the child, showing them my camera from close up, and once they start to study it, stepping back a few meters and photographing the whole group. The little scamp is still staring at the camera—victory!

Unfortunately half the adults will have their heads lowered, because they’re looking down to see if the child is looking at me!

The quick solution is to do this twice. In the second picture, everyone will be looking straight at the lens.

6. Getting from site to site

For an all-day wedding shoot, you’ll typically have to go by car at the very least from your home to where the bride is getting ready, and from there to the ceremony, then to the feast, and possibly to the site for an arranged (group) photo.

My advice is not to rely on car processions or on other people knowing the way. While those methods usually work, sometimes the procession breaks up and there are no locals in the second half. Sometimes there’s even nobody who knows where exactly they’re going. So it’s best to determine the addresses in question and sometimes the specific routes as well when a drive will be complicated.

If trouble arrives, you’ll impress the guests by leading the way. Or optionally, your route knowledge will also let you break off from them completely and head out a bit early. You can use that extra time at the destination to photograph the ceremony or feast site while everything is ready and nobody but you is around.

The whole wedding day has a plan, including a timeline. But sometimes things don’t work out, so don’t be surprised when certain events get shifted or shortened or their order switched.

A car procession travels slower than an individual car, and indeed these processions are a staple among the many causes for delays. Portrait photography, on the other hand, is a frequent victim of rescheduling, getting shortened if there’s suddenly not enough time. Even if you have lovely shots prepared for the promised hour, you should be prepared to take interesting pictures in even just a quarter of the time.

The ceremony length is the most stable, but once at a castle wedding we saw someone else’s wedding with many guests run over, delaying our ceremony by over 20 minutes. The newlyweds and I took advantage of the surprise pause by heading out to the castle garden for a quick shoot.

Actually, slippages are one reason why I have my wedding prices set more by what parts I’ll shoot than by how long I’ll shoot. I don’t want the newlyweds stressing out over my spending a half hour more than we had agreed on.

Only experience from many weddings will prepare you for many eventualities. And nothing will prepare you for all of them. You have to leave your head clear and never fear to improvise… naturally always in coordination with the bride and groom. You will gradually learn to react to typical situations and be able to advise newlyweds on the details of organizing their first wedding.  May the tips above be your springboard!

How to Photograph Shiny Products and Glass Products