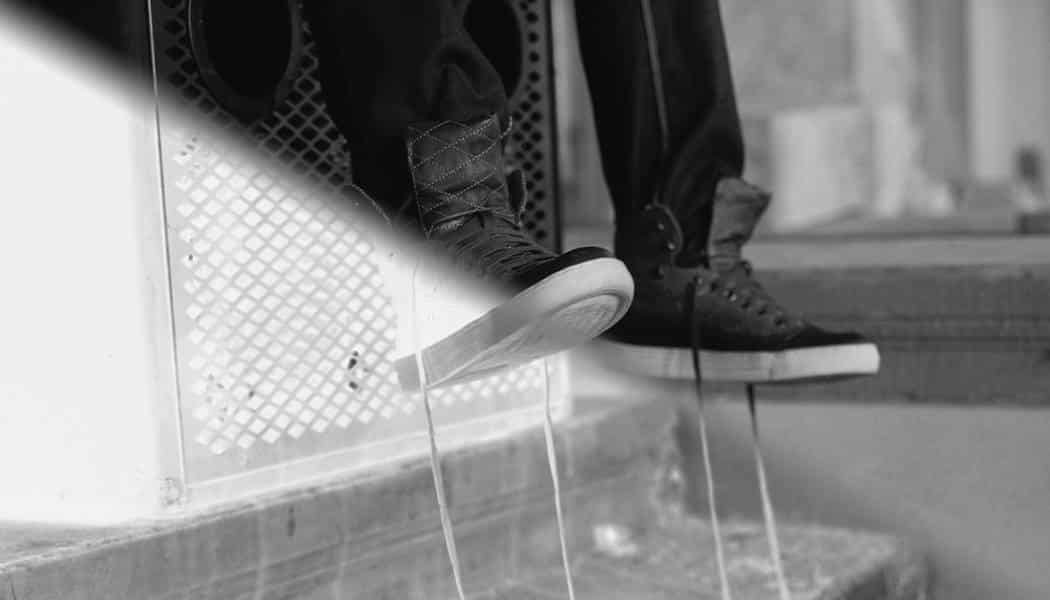 Have lots of negatives stored away that you’d like to see on your computer so you can decide which negatives are worth developing—but negative scanners are too expensive for you? Make your own scanner in a shoebox. It’s cheap, quick, and easy.

There are lots of former film photographers out there who would appreciate having a negative scanner. But these scanners are nothing cheap. So in this article we’ll take a look at how to quickly and easily turn a shoebox into negative scanner.

The things you’ll need for a shoebox scanner:

The way a scanner works is relatively simple. It exposes an “analog” surface and transforms it into a digital image. For documents and printed photographs, that’s all there is to it. For film it’s more complicated. Film is relatively dark, and so in order to be scanned properly, it also needs lighting from the other side. Special scanners with a film scanning function are used for this.

Step One is to prepare the box. You’ll be cutting two holes into it—one for film and one for the flash.

Prepare the film hole first. Just like modern camera sensors, film comes in different sizes. So start by measuring the frame size of your negatives. And then cut precisely that dimension into your shoebox.

Be precise, because it will save you editing work—you won’t later waste time cropping away “dead zones” in your digital images from scans.

In the next step you need to measure the film again—but its whole width this time. This is so that you can add film-holding “rails” to the window you’ve cut into the box. This will prevent the film from bending.

The hard part’s over. As the next step you need to create the back light that illuminates the film so that you are able to photograph it—that is, “scan” it. For this, use a flash that will be illuminating the film by firing into the box. So measure your flash’s size and cut a hole for it into the back part of the box.

In the next step, add a neutral background to the box. You’ll need your sheet of white paper for this. The flash illuminates it, turning it nice and white and making it reflect enough light to expose the film.

Above all don’t shine the flash straight onto the film, because that will overexpose it. Your digital images would then show nothing but the output from the flash, instead of nice negatives.

After you’ve placed your neutral background in the box, add the film and the flash.

Then all you need to do, is to focus your camera on your film and photograph it. Use a cable or a remote trigger to fire the flash.

Now you’ve created your negatives. They will look like this when viewed on a computer:

Now you just need to invert the negative into a positive. Do this via the Zoner Photo Studio Editor. Use: Menu > Effects > Negative.

In ZPS you can also go on and fine-tune the photo as you’re used to doing with any other digital image.

These Scans Are Previews

The photos you create this way will serve you best as previews; they’ll let you know which photos from your film are worth developing.

They’re not completely limited to just that; you can publish them on the Internet—but first retouch them, remove the dirt from them, etc.

We’ve deliberately left our sample picture untouched so that you can see that a shoebox scanner has downsides, too.

Tips on Gifts for Every Photography Lover!

Everything You Need to Know About Graduated Neutral Density Filters