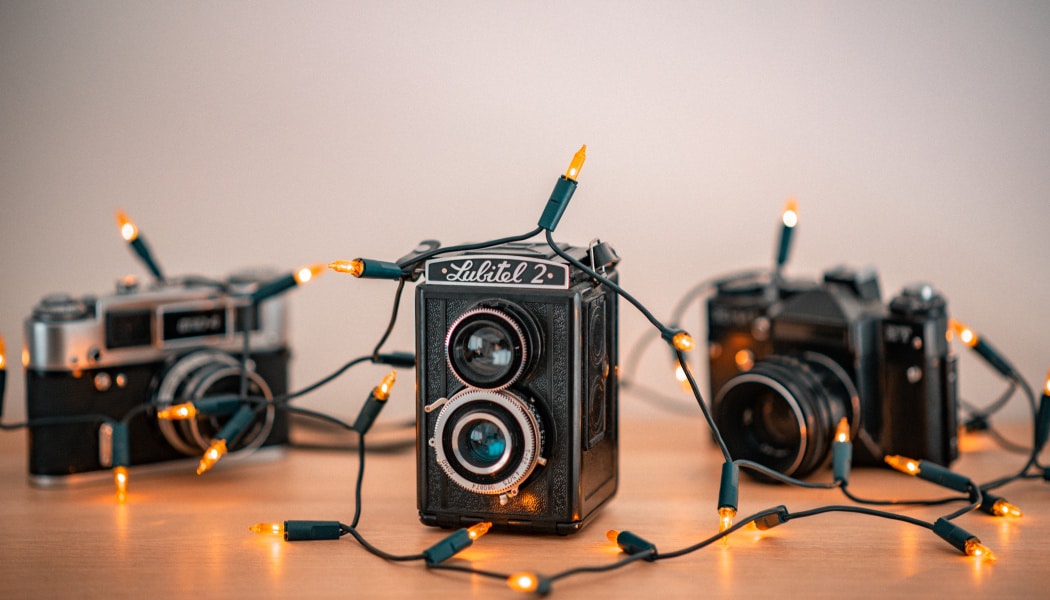 Even though it’s been a long time since film was pushed off the market by modern digital cameras, analog photography still has its true believers. And it’s even been seeing a boom in recent years. Analog is becoming fashionable—above all among the young generation of enthusiasts who didn’t grow up in the film era, making shooting to film all the more enchanting for them.

Why Shoot to Film Today?

Many will surely call analog’s growing popularity among young people hipsterism and a desire to be “cool.” But the truth is more complex. A digital camera lets you easily take thousands of pictures. But how many of those end up anywhere else than in an untouched folder somewhere on your disk? How many have more than a few hours of fame on social networks?

Film restores a more personal relationship with your photos, as well as a need to think more about the whole process and look more carefully. In my opinion, the return to analog is an expression of a wider rising trend—a feeling of oversaturation with modern technologies and a desire to replace fleeting virtual quantity with physical, permanent quality. For beginners, shooting to film is also a great way to learn the basics: you can use your experience from film when working with a digital camera as well.

Buy a camera and film. It’s actually simple. In short your choices are reflex cameras and compacts. I personally prefer older cameras that don’t need batteries, making them ready for use with no extra worries. Purchase prices start at a few dozen dollars (or even a few dollars) for the cheapest cameras, but they can range up into the thousands of dollars. Internet second-hand shops are full of them; you just have to choose. Or check your grandparents’ attic.

What cameras are there to choose from?

– single-lens reflex cameras (SLRs) are based on a tilting mirror that projects the real image from the lens assembly onto the viewfinder. They are likely still the most popular, and lots of lenses and accessories are available for them. These include old Nikon and Canon SLRs and more exotic examples such as the old East Bloc Praktica and Zenit cameras.

– twin reflex cameras (TLRs) have a viewfinder that you look into from above. They use two lens assemblies: one projects the image onto the viewfinder, and the other is used for exposing. You may know the iconic German Rolleiflex, Minolta’s Autocord from the 50s and 60s, or for example the Czechoslovak Flexaret.

– film compacts are mechanically simpler. The viewfinder isn’t connected with the lens, and so the view into it is more just for orientation. There are endless models at different levels of quality, and some are even sold in antique shops for a few dollars.

You can’t buy film today on every corner, but you can still find the occasional non-photography store that always has a few rolls available. But above all there are many photo stores and e-shops where you can still find a wide selection of brands and types.

Once you’ve decided between color and black-and-white, consider what conditions you’re planning to shoot in. Choose an ISO or ISOs based on that. While a digital camera lets you set the ISO as needed, with analog, it’s firmly set by your choice of film.

Try out different types and find the one that suits you the best. Different film types differ in how they present colors and in their contrast, grain, etc. The internet is full of sample pictures, so you don’t need to make this choice “blind.”

And Now Take the Pictures

Things aren’t the same here with analog as they are with digital. First of all, film doesn’t let you “cheat.” You have to know how to work with speed, aperture, depth of field, and your film’s ISO. Forget about having instant feedback on your photos after you take them.

But film can also be forgiving. Thanks to its high dynamic range, it’s harder to ruin a picture. In general, film behaves especially well under bright light, and it’s not as easy to cause “blowout” (overexposed spots) as it is with a digital.

In the beginning, write down your camera settings after every photo you take. Once you develop, this handmade “EXIF info” will help you to understand how the camera works and what to watch out for next time.

You have to accept that you’ll probably ruin every shot on your first roll. But that’s just part of the process. Practice makes perfect, and with every new negative you’ll be better and faster with your camera, and you’ll get better results. I’d even recommend film cameras for complete beginners. Because shooting to film is exactly what will teach you the best and fastest how different parameters influence a final picture.

I’ve Taken the Pictures. Now What?

You basically have two possibilities for what to do with your film roll:

Developing at home is a big enough topic for its own article. But you don’t need to fear it. Developing black-and-white film at home is cheap and easy at its core. And it also lets you try out the whole process from putting the film into the camera to drying the final print.

Once you’ve learned the basics, you can dive into more complex experiments with different types of developers and photo papers, development times, and retouching.

But at first it will probably be the most workable to have your film developed in a lab, where they’ll also scan the negatives. You can then work further with the pictures on your computer, or even show them off on the web. It’s a matter of opinion whether film photos should be computer-edited or left the way they came out of the camera. The decision is up to you.

How Can I Become a Better Photographer?