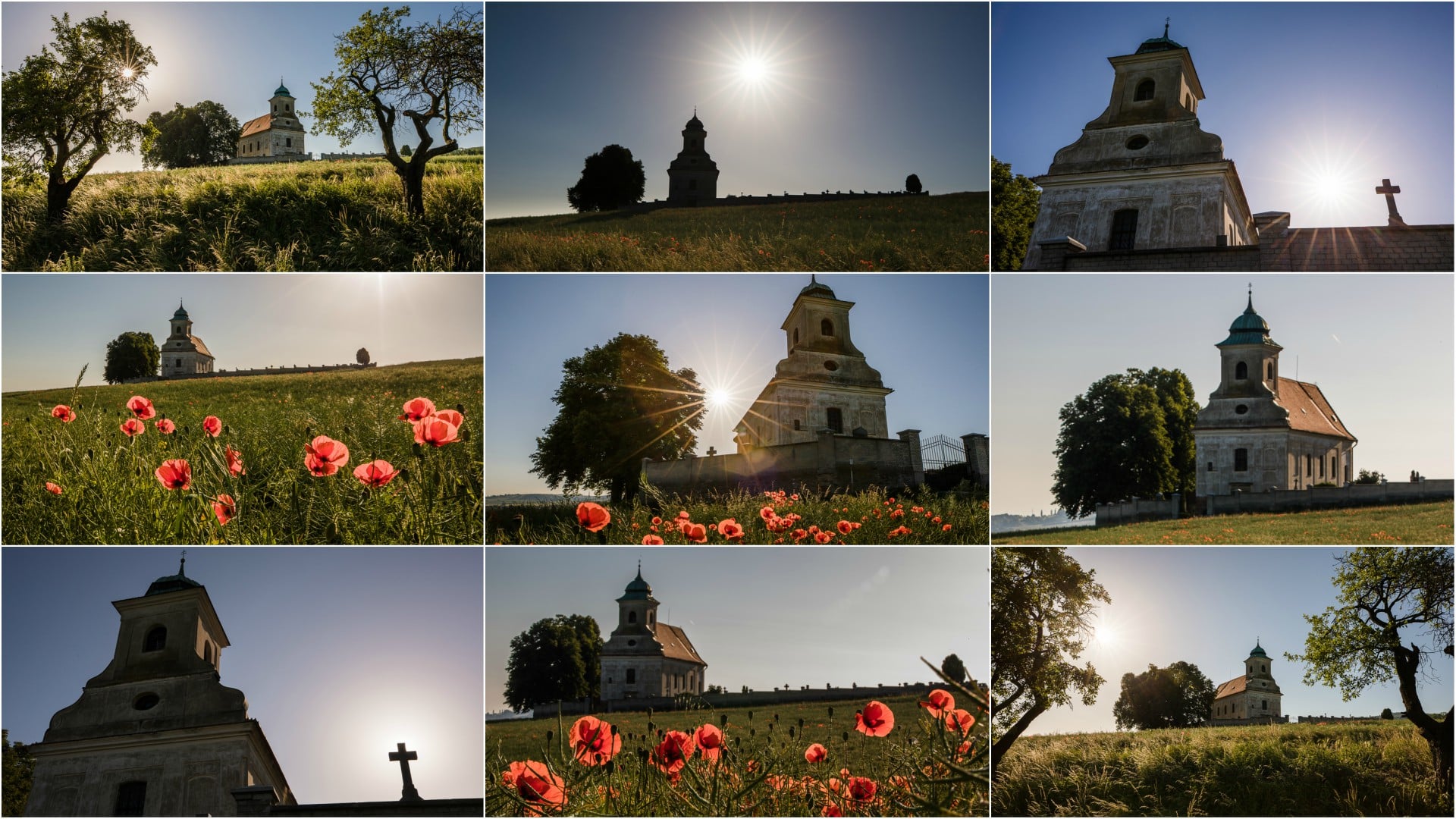 Nobody’s perfect, and nobody knows everything, so nobody’s born knowing which photo compositions look elegant and which to avoid. So there’s no harm in doing a simple composition exercise right out in the field. You just need to find an interesting subject.

On the internet you’ll find a lot of amazing galleries by talented photographers where every photo is basically perfect. It seems like these photographers are blessed with fantastic art or vision and are producing one gem after another.

Maybe they are. But a more common situation is that you’re not seeing the piles of other photos that the photographer took in the same place (and maybe even during multiple visits). They then picked out just a single jewel to show their audiences. In the other shots, they honed their composition and decided how exactly they wanted to depict the given place.

The Path to Improving Your Skills

Experienced photographers already have an idea of how each shot will turn out, and they leave out the “boring” variants. But even for them, it’s beneficial to try out new and untested compositions. They might lead to something exceptional.

And every photographer can improve like this. You just have to stop at a photogenic spot for a while and take several photos instead of just one. That way you’ll try new alternatives, and you just might discover your perfect shot.

Below I’ll give an example of how you can approach this in practice.

As my example, I chose a small church that I happened to encounter when traveling by car. Sometimes when I’m traveling in the morning, and the weather is supposed to be nice, I head out early. On my way I watch my surroundings to see if I can find something interesting. During the sunrise, even normal scenery is stunning, and often something good will show up.

On my 60-mile trip, this church was the fourth out of what turned out to be five such stops.

Together with its cemetery, it stood isolated in a field from which scattered red poppies were peeping up. With the low-lying sun, it all formed a very photogenic scene.

I have to add that while I discovered it at 6:45 a.m., it was the middle of June, and so the sun had been out at my latitude since 5:45. So I missed the Golden Hour.

In general I try to both photograph a building itself and add something more to make the photo more interesting. Here the red poppies begged to be the answer, as there was little else around. You’ll see them already in my first picture, in front, with the church and the sun behind them.

Note how I had to use a high f-stop—f/22—to get both the poppies and the church in focus as much as possible. Even still, it didn’t work out completely, and the church in the background is blurry when viewed at high resolution.

This photo isn’t bad, but how about a different approach? One where I use a long focal length and focus on the church so as to deliberately blur the nearby plants. That’s exactly what I tried in my second attempt, with help from a different lens with a longer focal length.

For this composition I had to sink lower into the foliage, where it was hard to keep plants from getting into the shot. The wind also complicated the situation. But the problematic right edge could be retouched away if needed.

It pays to try changing your camera’s orientation. It depends on how you’ll be using the photo; in some cases a portrait orientation can be a better choice.

At that moment, no other use for the poppies occurred to me, but I could still approach the whole thing differently: use the field merely as a supplement and emphasize the sun instead.

This time I used a short exposure and a treatment that turned the church and the graveyard wall into mere silhouettes. The cloudless sky still speaks clearly to the viewer, and the church feels majestic.

But I still kept trying to come up with something more. There wasn’t much to see in the surroundings, but besides the nearby road, there were some trees that had been planted.

I just had to move a few dozen yards away and I could use them to frame the picture—a classic composition guideline. That changed the scene significantly.

Here as well I could also take an alternative photo, in which the trees are visible for a change, and the sun is discreetly peeking through them.

I haven’t finished with the poppy shots yet. The trouble with my opening photos was that I was too far away, and so I had to use relatively long focal lengths (35mm and up), and then even with an aperture of f/22 I couldn’t focus on close and distant objects simultaneously.

So I tried resolving that by changing my position. This time I got much closer to the church. You see, I had an ultra-wide lens with me, and I could choose a 19mm focal length on a full-frame body, which corresponds to about a 12mm focal length on an APS-C.

This change alone considerably increased the depth of field I got from the same f-stop. The church also isn’t that far away, further reducing any problems with blurring.

And now a variant with a vertical orientation:

At this point there was nothing else I wanted to photograph. But during my car journey I noticed a possibility to depict a detail, and this once again with the sun in two positions—directly visible and partially hidden.  In the second case the sunshine is drawing the viewer’s eyes towards the cross.

From its opposite side, the church wasn’t photogenic at all. It was being repaired, and materials were scattered nearby.  Thus these are my last photos from here.

I spend a total of half an hour in this place and took dozens of photos. The composition of the other photos is very similar to that of those I’ve presented. They differ only in how I fine-tuned the camera’s position and tried moving a few yards or inches.

The final result, however, is a few good pictures, from which I can choose the best one for presentation. And above all I can store several of them away, since different pictures work on different occasions.

For an exercise like this, you don’t have to be out far away from civilization. You can easily do it indoors too. As an example, here’s a series of pictures from a shopping center with unusual architecture.

Exercises like these may seem primitive, but during them you can clarify a lot of things that will help you out later. In my example with the church, I tried out not only which photo compositions worked and how deep I had to sink into the poppy field, but also how many objects I could get into my depth of field.

Then when processing pictures like these on a computer, I can learn what range of brightnesses my camera can handle, and also whether or not sun rays will be a distraction in my photos.

You may already automatically be doing something like this in your travels, and bringing home multiple shots from one place. But if not, it’s time to start continuing after your first shot and thinking about the alternatives you can create.