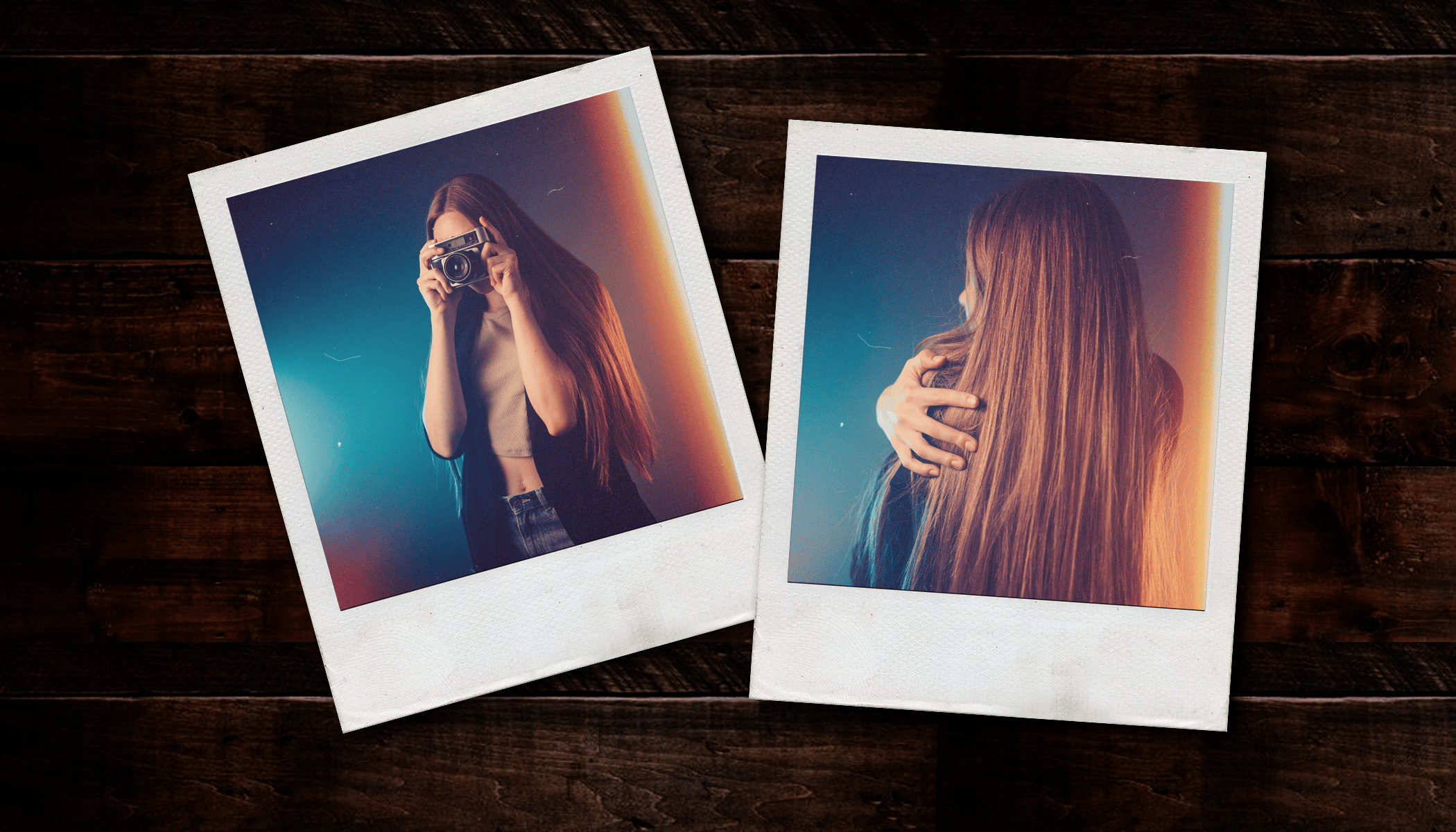 Polaroid photography has made its way around the world. Its unique white frame is recognized by practically everyone. The idea of getting a photo printed within minutes of exposure also adds to its appeal. We tried imitating the look of Polaroid photography and we have a filter and downloadable template that will do all the work for you!

Before we jump into the specifics of how it’s done, let’s take a look at Polaroid’s history. For those younger readers among us, Polaroid is an American company that specialized in the production of cameras and film of the same name. The distinguishing feature of Polaroid products was a new type of film known as instant film. After snapping a shot, a photograph approximately 9x11cm in size, was ejected from the camera.

The history of instant photography 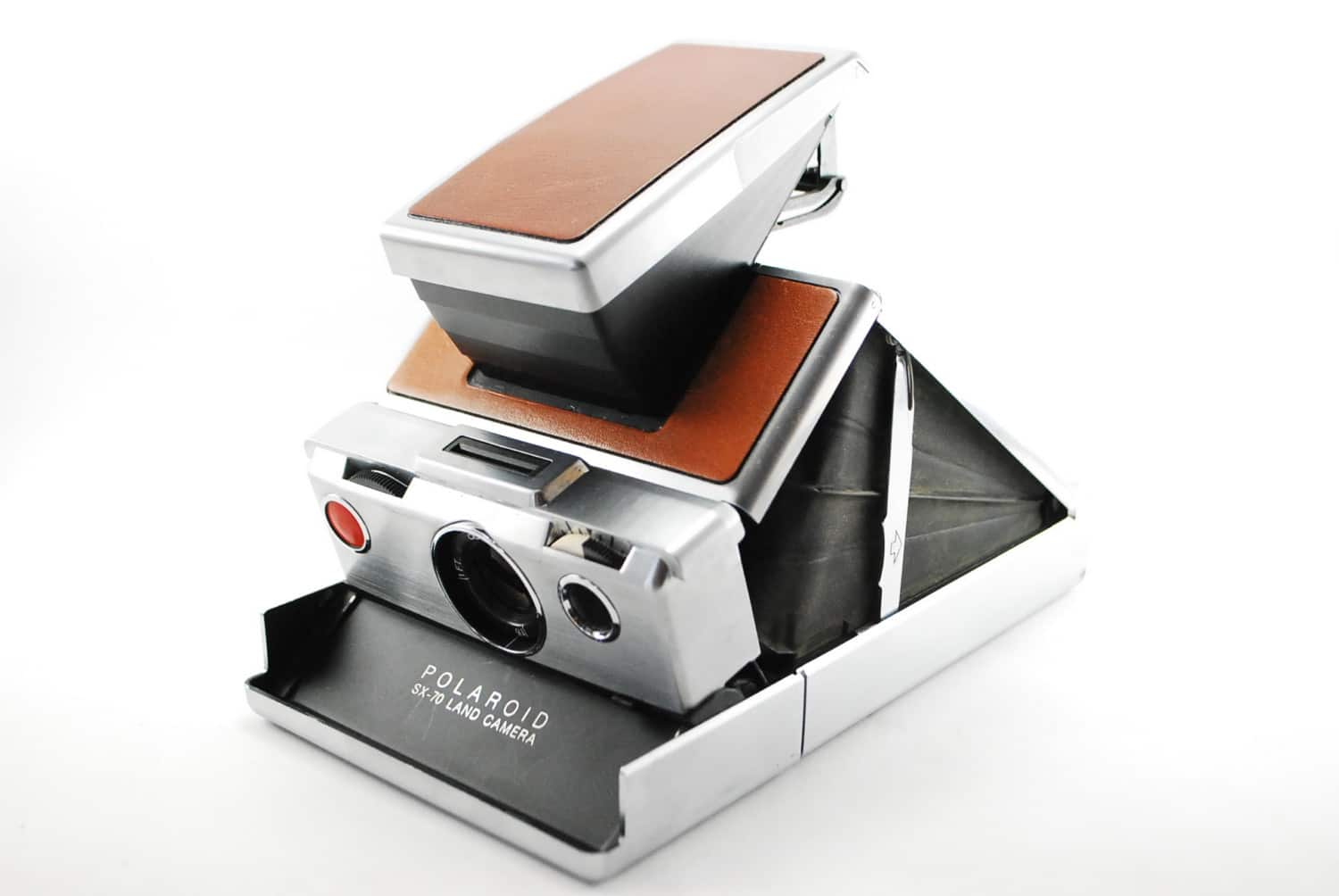 Polaroid in the hands of professionals

Instant photography was a phenomenon of its time not only for the ability to instantly view images, but later for its relatively affordable devices and ease of use. The user didn’t have to know much about photography and could immediately hold a photograph in their hands. The fact that there was no need to send images to be developed in a photo lab was also a major contributor to its popularity. This allowed for freedom in developing photography, especially during the sexual revolution of the 1960s.

Walker Evans, the famous American photographer that documented the Great Depression was among the first photographers to use Polaroids as a professional tool (not just for checking the scene). Lucas Samaras also used Polaroids. This Greek-born artist started as a sculptor and later added other disciplines, including photography. Andy Warhol, the most famous pop art artist whose art also spanned many disciplines, was a Polaroid user. One of the very first users of Polaroid cameras was Ansel Adams, the American photographer known for creating the zone system.

The Italian designer Carlo Mollino used Polaroids to capture the clandestine prostitution scene in Turin, Italy. Over 2000 Polaroid photographs were discovered after his death. However, Polaroid photography was probably made most famous by Helmut Newton, who at one time made the Polaroid his main camera.

Several features make Polaroid photographs unique. One is the white frame around the picture. The other is the image’s color. The photographs are more saturated than normal and usually have warmer colors slightly tending to a yellow tint. Contrast is generally lower and images appear to have a sort of milky veil. Shaking the picture to make it dry faster also had a fairly significant effect on the final picture, so the final photos could be influenced in various ways.

Get the Polaroid look with Zoner Photo Studio

We’ve created a batch filter that can easily be used to simulate the look of a Polaroid photograph. Just apply a square format to your image and the result will look like a Polaroid including the right dimensions. First, download the filter and template to your computer. 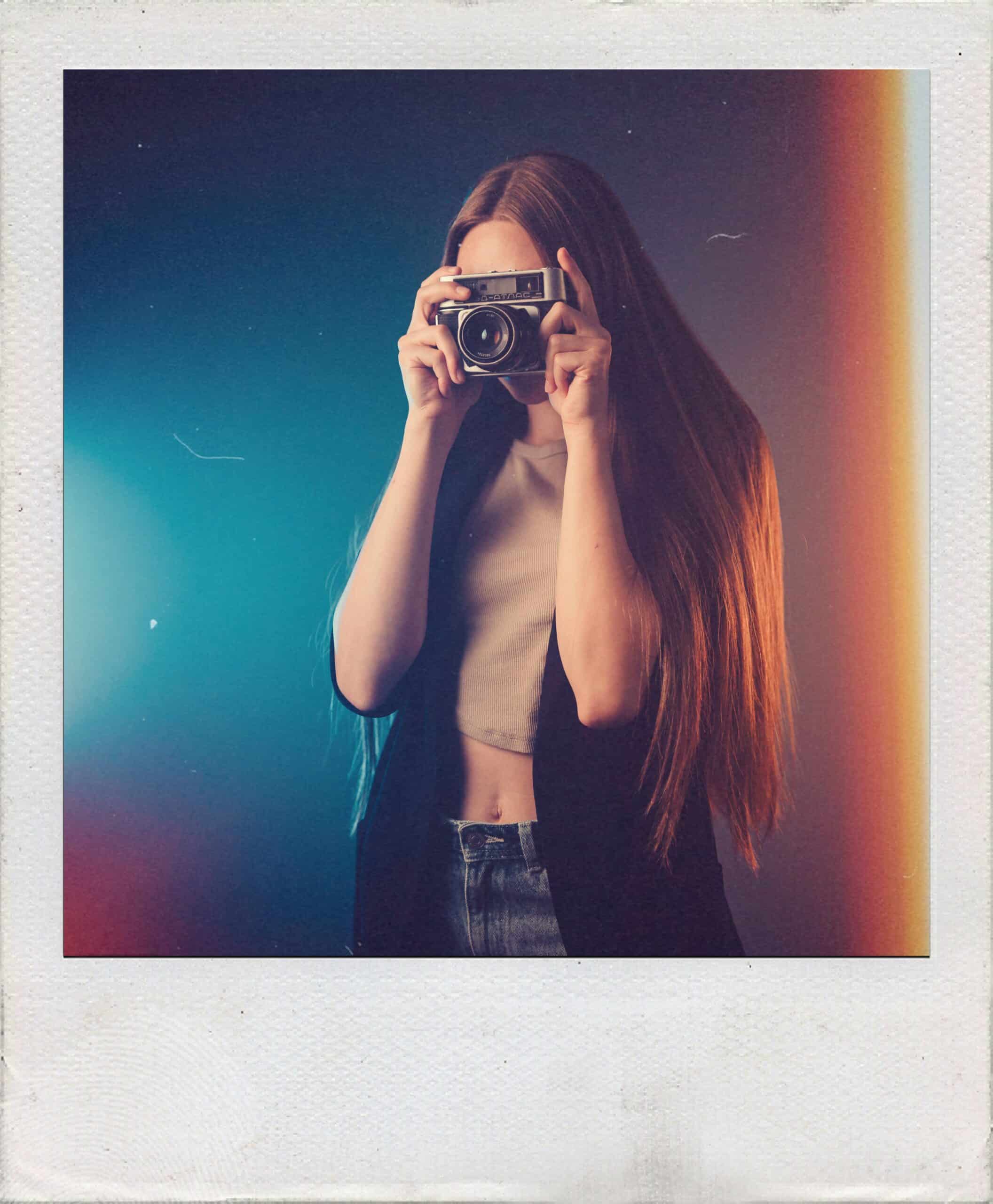 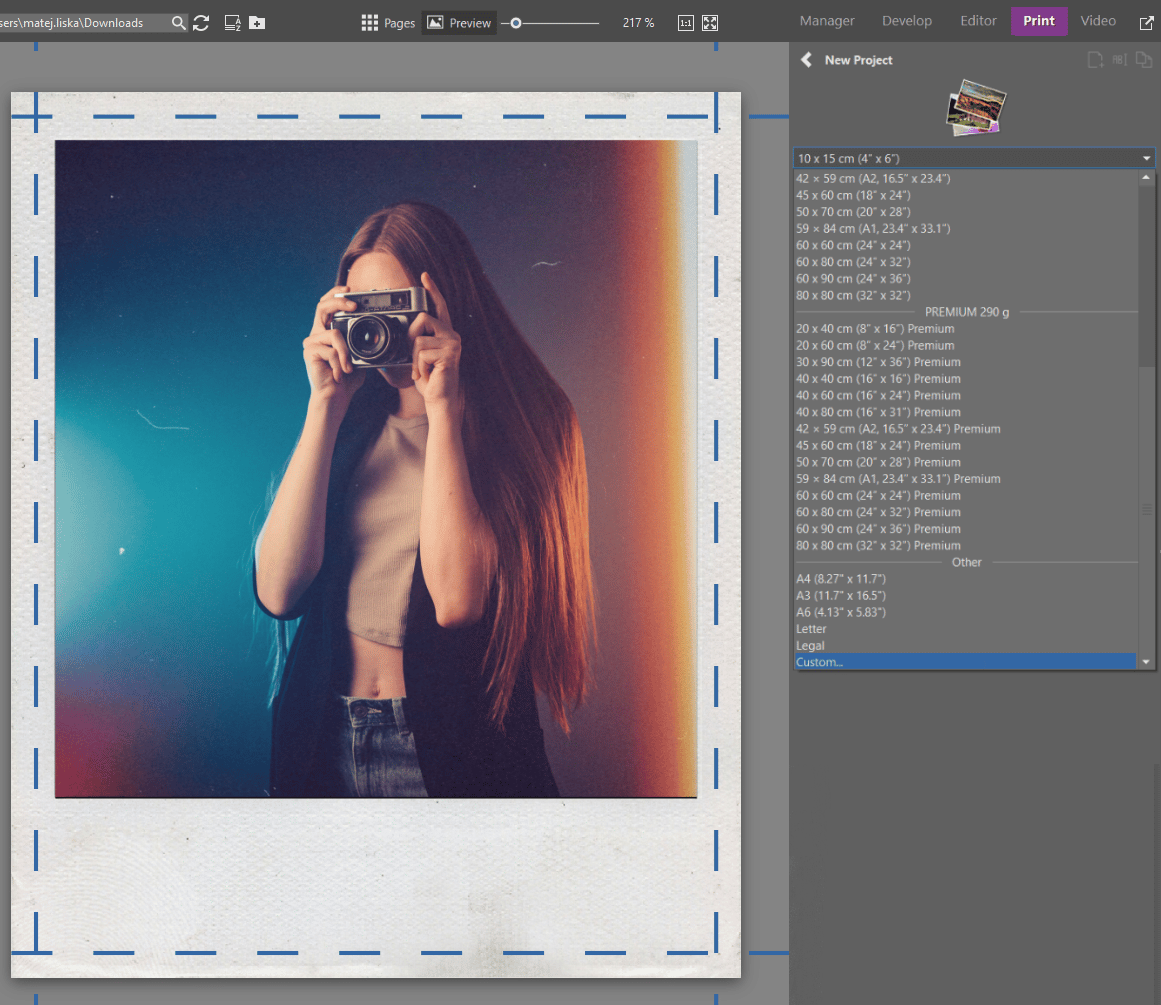