Just like any other electronic device, a computer disk will stop working one day. So if you don’t want to risk irreversibly losing your data, you have to save it in multiple places. And that’s true for photographs too. That’s why we’ll show you today’s options for photo backup and how you can combine them.

There are many approaches to photo backup They differ in how quickly the photos are available, how often you need to back up, what gets backed up—and how paranoid you want to be.

I’ll describe several basic options below. None of them may be enough on its own, and thus it’s ideal to use several. So towards the end I’ll give an example of the specific combination of individual storage points and processes that I use for backups myself.

But first I have to point out the difference between making backups and archiving. Making backups is making copies of data to avoid losing it. Archiving is more a sort of shifting of currently unneeded data somewhere else. Here I’ll be covering the first problem, where photographs are stored in a certain place, and I want to make a copy of them elsewhere.

Storage of Pictures on a Computer’s Main Hard Disk

The photos you’re working with have to be stored somewhere. This is usually the computer’s main disk—no matter whether it’s an HDD or an SSD. Here is where your data is accessible the fastest. So your work with photos is fast.

But at the same time you have to work out something for copying them, so you don’t have to worry you’ll lose them.

How to Back up the Photos in Your Computer

The most direct path for backing up your photos is to add one or more extra disks for your computer alongside its main disk. This is only viable for desktop PCs, which have multiple slots for disks. It would be hard to apply this same solution in the case of notebooks.

We can further classify backup approaches by how disks are handled.

Backing up Photos to Separate Disks

If you truly have separate disks in the eyes of your computer, then you can do whatever you want with your data. If one disk is the “main disk” for you, then you can copy (back up) selected data onto the others, while leaving out unimportant data. That way it doesn’t take up space uselessly, and you can get by with a smaller backup disk. 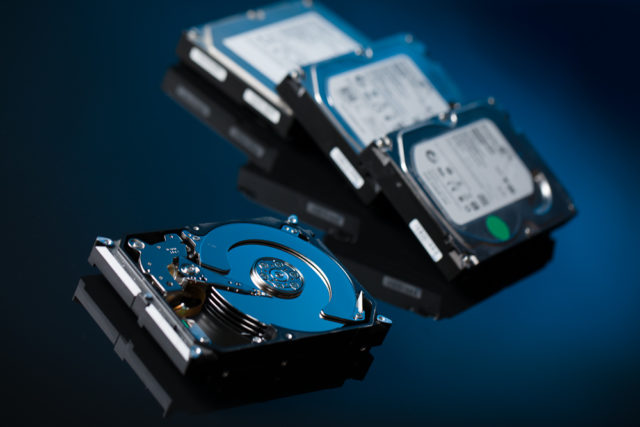 The disadvantage is that you will have to think about doing this copying, or set up some program to do it in your name. But this software will only run at certain times, for example once a day, and so the copy may be missing the latest data for a while.

Still, this option has an attractive advantage over the alternatives below: The copying software can wait before deleting a file from the backup after you’ve deleted it from your main drive. So if you delete a file from your main disk by mistake, it will stay around a little while longer in the backup, and you can restore it.

Also, disks have a simple structure. When you have a serious system crash, you take them out and put them in another computer, and your data is back ready to use.

Backing up Photos Via RAID

A system-controlled RAID disk array (Redundant Array of Inexpensive Disks) is several disks that outwardly act as one. You can get a variety of behaviors based on how you set the array up. Here are the RAID systems that are typically used:

Solutions like these are fairly robust, but they also have their disadvantages. In the case of RAID 5/6 especially, proprietary firmware can be among them. This type of software is license-protected, and the developer generally does not freely provide the source code. So if any kind of unusual problem occurs, there’s nothing the user can do on their own.

Also, if one of the disks is damaged, you have to take into account that the calculation of the data will take quite some time. It also increases the load on the other disks. Thus there is a significant increase in the chance that another disk will break down during it.

How to Back Photos up Outside Your Computer

Backing up photos on disks outside your computer will enable you to include even data from notebooks and small computers, tablets, and phones in your backup. Also, you increase the chance that your data will survive even in the case of some major problem.

And yet here you still may have the disks nearby your computer. In that case, this is no protection against fires, floods, or theft. But you can prevent such cases by instead storing this disk e.g. at a relative’s house. However, in this case, expect slower access to the data. 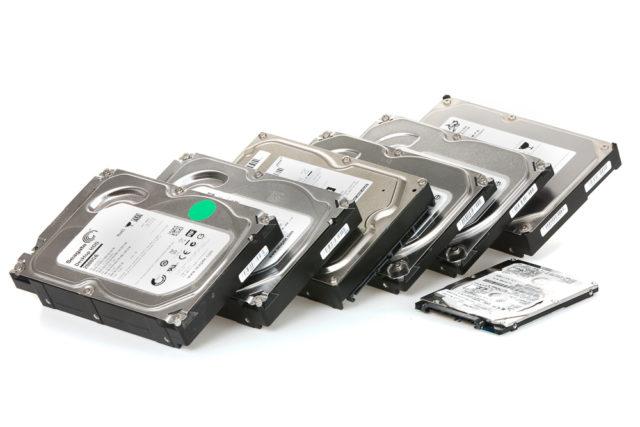 It’s also important to distinguish between a storage point permanently connected to the computer and one that you only attach for backups. Naturally the first solution is more convenient. But you bear the risk that your computer will be hit by e.g. a virus that decides to encrypt all of your data. The second route is more awkward, but that much more safe.

Backing up Photos using a NAS

Network Attached Storage systems are generally a box containing room for several disks, plus a processor that controls them. They’re essentially a remotely controlled computer without a monitor. They can create internal RAID arrays, and so the disks inside them can be backed up among each other.

Since a NAS is essentially a computer, these storage points are often enhanced with other features. For example data access over the internet.

Backing up Photos onto an External Disk

This is usually an ordinary disk in an elegant plastic box. You connect it to your computer over USB 3.0 or some other rapid port. You can also use a universal docking station. You plug it in similarly, but instead of disks, it only contains external slots into which you can slide disks.

These kinds of storage points contain a minimum of electronics. They tend to just be a disk alone, leaving it up to you how you want to use it. Just as with the separate disk from the previous chapter, you can copy the data manually or use automated software.

One special case here are external disks in security cases such as the ioSafe, which will survive even fires and floods. They are more expensive, so think hard about whether such an investment will pay off or whether you’ll do better to back up somewhere else. After all, even disks like these can still be stolen.

Backing up Photos on Cloud Storage

Cloud storage points are a very popular solution at the moment. You don’t have to worry about hardware; you just need to pay for a service that will store your data. You can differentiate among these storage points by price and by what you can do with your data after storing it.

Common services such as Dropbox or Google Drive make it easy to share or download your data. On the other end of the spectrum are pure backup services where you have to pay if you want to download your data. Perhaps the most extreme example is Amazon Glacier, where you also have to give several hours of notice before downloading your data. 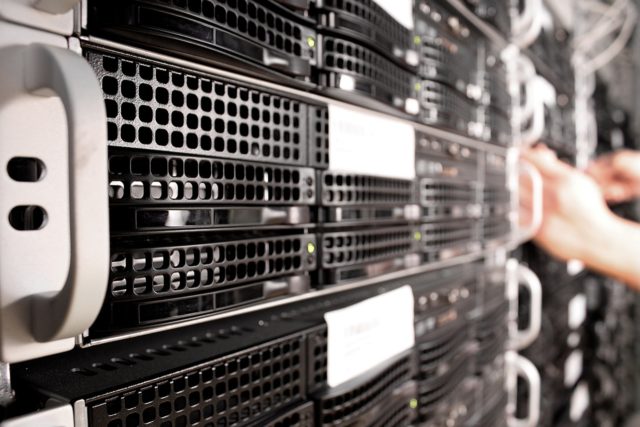 Naturally you need to take into account the size of the space offered as well, or more precisely the price per gigabyte of data. In the past, several giants, including Microsoft and Amazon, tried giving access to unlimited space for a fixed fee per month or year. But after a few years they cancelled these programs and switched to a price per GB.

Despite this, there are always new services appearing that also let you back up any computer you want for a fixed fee. However, if you pick one of them, then you will want to take into account the risk that they might disappear after some time.

There is also a major restriction out there in the form of transfer speed. If you don’t have lightning-fast uploading, then you’ll want to calculate in advance how long your backup will take. You can easily arrive at times on the order of months.

And there are even some companies accused of unfair practices that take advantage of this. While they enable unlimited data storage, after a while they slow down uploading. So you won’t actually upload much data onto their servers.

Personally I work from the idea that all my data is in my computer, and I make backups for that data—backups I ideally won’t ever need. I occasionally change disk sizes, and over time my main disks become occasional backup storage.

Currently my main disk has a capacity of 8 TB, but it is only halfway full. All of this data is copied every day at the same time onto other disks on my computer. Already a few times I’ve made use of the fact that an accidentally erased file was findable in this backup, which is why I haven’t switched to RAID.

For many years now, I’ve been using the freeware Cobian Backup as my copying program; while it’s no longer being developed, it still works great.

Besides this backup, I also have several disks in my drawer that are not connected to my computer. About once every month, I take them, place them into a docking station, and copy all of my important data onto them.

Nevertheless none of this helps against fires or burglaries, and so I’ve paid for the Backblaze B2 cloud service, onto which I can once again occasionally copy everything important.

I use the freeware rsync as my backup application; it can copy whole directories onto a variety of online backups. I have roughly 2 TB of data stored this way. Even at a very reasonable upload speed of 20 Mbit/s, it took 2 days to upload.

I definitely don’t recommend leaving all your data in one place, because then you can lose it in a minute. But there are many ways for you to back up your photos, and I may have left a few out. So I’ll be glad if you share your approach to this subject.