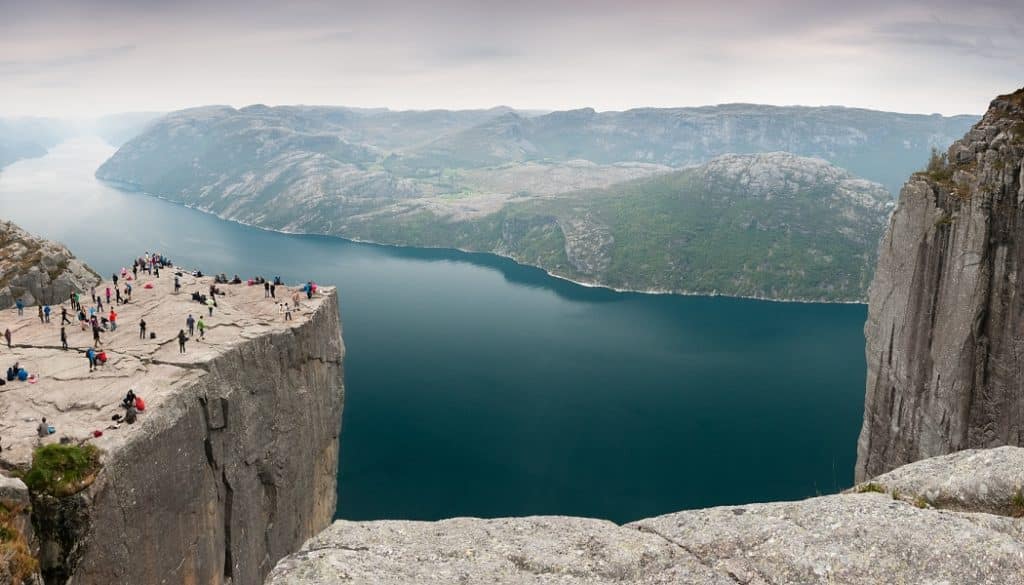 Getting a picture of a landmark without people around it can seem like a superhuman task. Fortunately where photographers fail, work in a graphics editor can succeed. And this work is quicker than you might expect: it only takes a couple of minutes.

You’ve probably seen lots of photos depicting e.g. the Taj Mahal, the Great Wall of China, the Leaning Tower of Pisa, or Stonehenge in the very best light, and tourist-free as well. But reality is often completely different: there are tourists almost everywhere, and they get in the way of almost every picture that you try to take.

But not every picture from these spots needs to end up in the trash—you can remove tourists from many pictures easily using Zoner Photo Studio or other graphics editors. In this article we’ll be exploring two ways to remove tourists from a picture—via retouching and multi-exposures.

You can do all sorts of magic with photos in a graphics editor, but if you have a picture with a whole crowd of people in it, there’s no point in trying to retouch them away. Pictures with an uninteresting perspective or a long focal length are also bad candidates for this kind of edit. However, if the tourists in a picture are standing against an unbroken and repeating background like in our sample photo, then feel free to start retouching them away.

To remove tourists from a photograph, use the Clone Stamp. To activate this tool, click its icon in the Editor’s right panel, or press the S key. This tool in Zoner Photo Studio is like a rubber stamp that stamps material from one part of a picture onto whatever other parts you choose. To set the center of the part of the picture that the Stamp copies, hold down the Ctrl key and click the picture. Use the Stamp to cover up a target area (for example, the area covered by a tourist in a picture) with material from a source area (for example, an area with the same solid background that’s behind the tourist).

When you’re retouching, zoom in to several times actual size—that will ensure that you’re working precisely.

>> You can also work more precisely by using a drawing tablet.

In the end I decided to leave one person in the picture, in order to emphasize the sheer size of this cliff (Preikestolen Cliff in Norway). 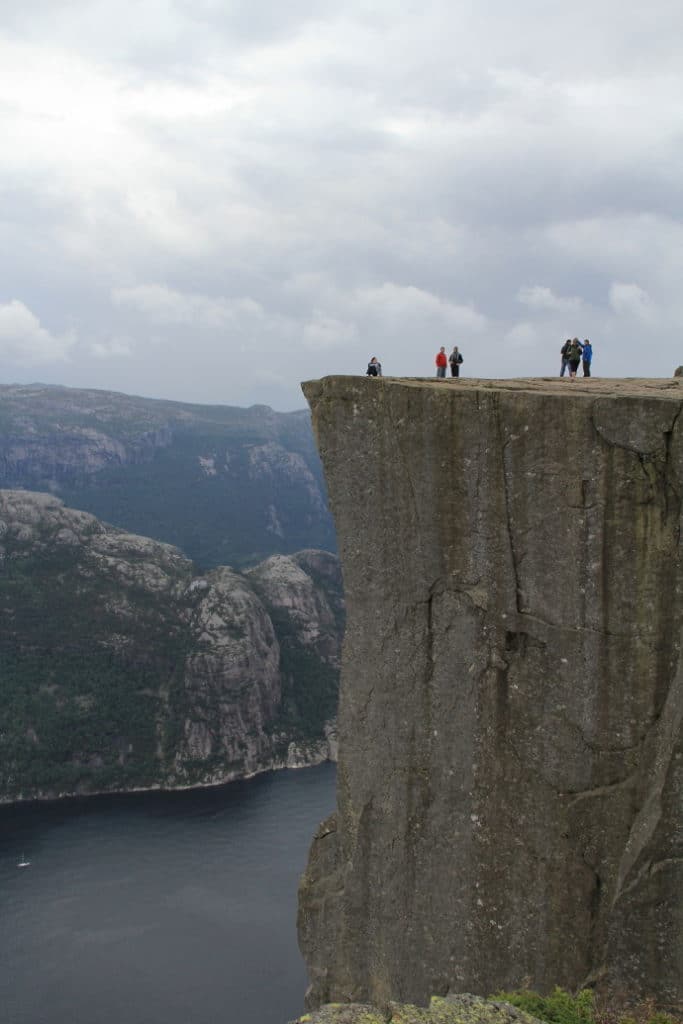 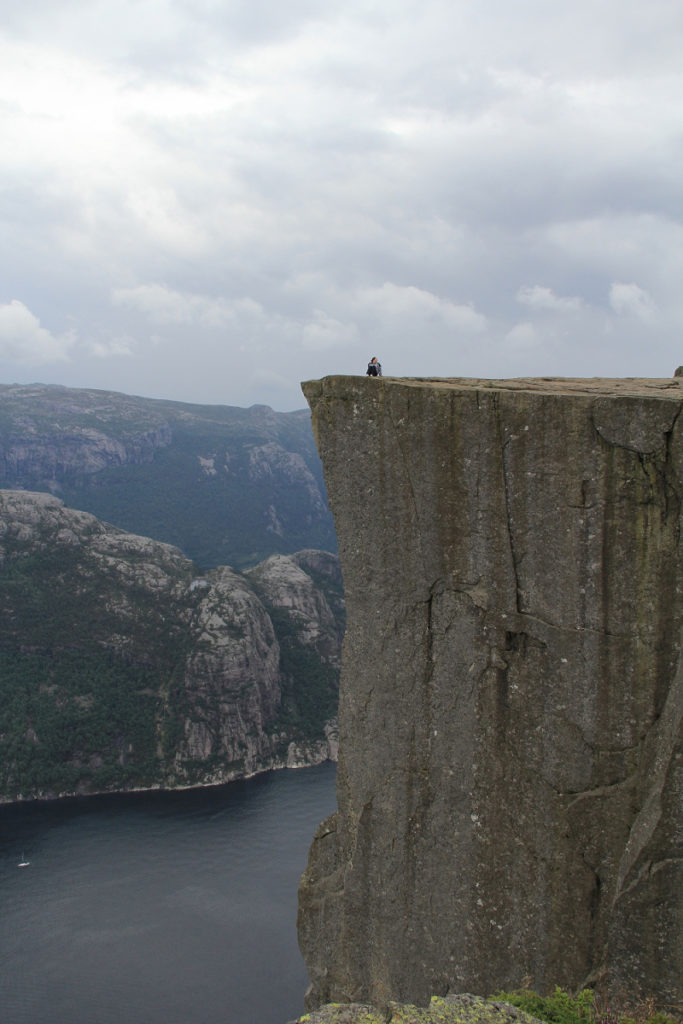 Compare the differences between the pictures using the slider.

One creative solution is to take multiple source shots and combine them into one picture—a “multi-exposure.” That’s how, for example, this picture here was created: 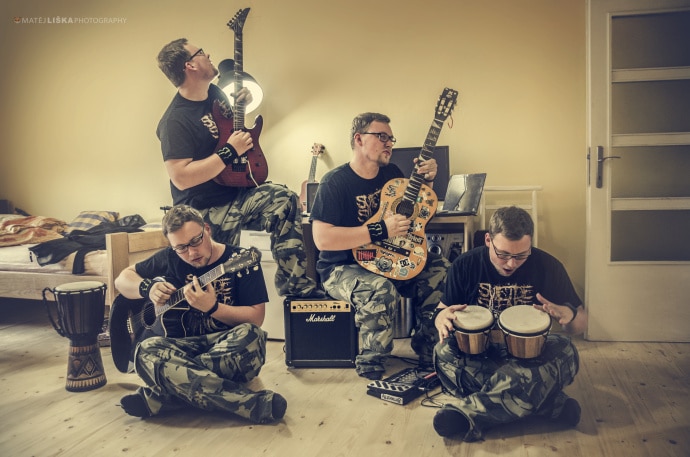 >> For a guide to using multi-exposures to “turn one portrait into four,” see our article on turning four pictures into one with multiple exposures.

And the same kind of edit that produced the picture above can also be used in reverse: turning four exposures with tourists into one without them. The only thing you need is to photograph one scene multiple times—ideally from a tripod.

Then just download the source photos to your computer and open them in Zoner Photo Studio. Assembling these multiple pictures into one will only take a few minutes. To reach the multi-exposures function, use: Menu > Create > Multi-exposures > Remove Moving Objects.

This opens a window that shows, one by one, a series of steps that combines multiple source photos into one picture. Use the first step to choose which photos you wish to combine.

The next step lists the photos you’ve selected.

Third Solution: Use an ND Filter and a Long Exposure

Retouching is for the times when you can’t get things right during the shot. So—how can you solve “the tourist problem” when you’re shooting a tourist attraction? Sometimes it’s enough to just wait a bit until the people have left the scene. But some places are so busy that you’d be waiting for that for hours.

In those places, it’s better to use a neutral gray filter and set a long exposure to blur away the tourists while leaving everything else sharp. That approach would be very useful for e.g. this photo here:

Do you need to remove people from your photos too? Download Zoner Photo Studio, try it free for 30 days, and have fun making edits like these to your own photos.