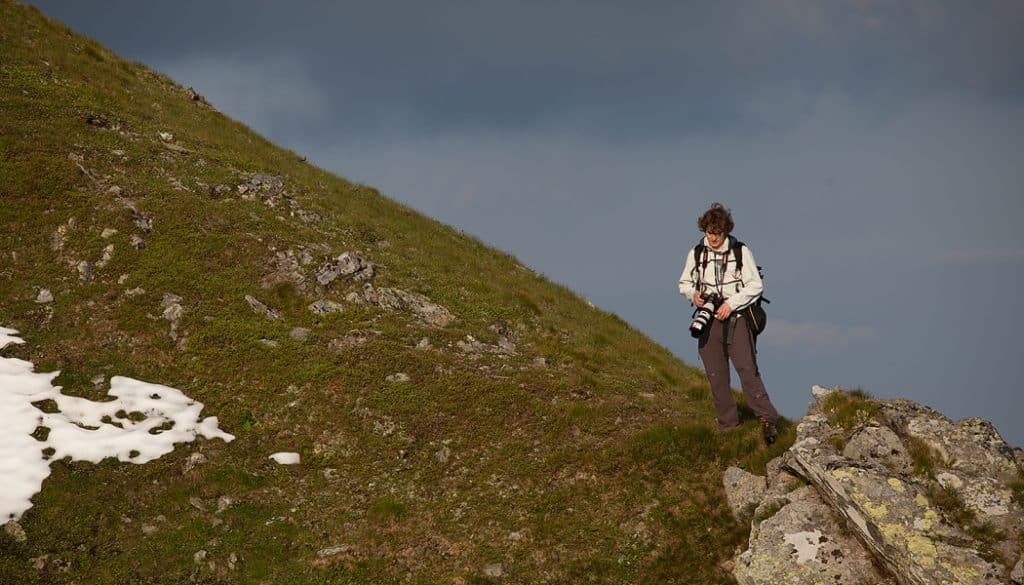 Intermediate photographers often complain about their equipment, and they can really pour a lot of money into it. They’re also always chasing after better photos and mumbling something about “good light”. Photographers are a community and they have their quirks, but are they all the same?

Photographers tend to share a lot of the same habits—some are amusing, but sometimes too much is too much. I’ve been noticing certain bad habits repeatedly among photographers for a while now. Have you run into them too?

1. The Search for Kit

Who doesn’t want the best? We all do! Photographers are no exception. They want the newest, best camera bodies and the fastest lenses—and of course that includes lenses they don’t need at all.

But often the real culprit behind a bad picture is not in the kit. After all, equipment just does what a photographer tells it to. So don’t be “one of those”—think about what you’re photographing, and how. Then turn to more experienced photographers for advice and recommendations about what equipment to acquire.

This mainly happens to beginning and intermediate photographers who have lots of equipment, but not much knowledge yet about what they’ll need when. And so they take everything—or worse yet, two of everything. Just to be sure. They pointlessly carry one digital camera and one for film. Just in case. And of course every lens in their collection, plus a tripod.

Well, it’s a phase for everyone. You just have to “shoot your way out of it” and into the awareness that it’s a problem. Over time, a photographer realizes that one camera body and one or two lenses in their bag are enough. They certainly have more waiting back home; they just have to know in advance what they’ll be shooting and what lens will serve best.

You shouldn’t say “I’ll retouch it out” when you’re shooting. Try to take your pictures in a way that minimizes the edits you’ll need. Sometimes it’s enough to just recompose, or move slightly to the side, or crouch. It’s better to think a little now about how to remove the problems in your photos than to later spend hours retouching and cursing yourself. Don’t waste hours to save minutes!

Criticism is never pleasant, but don’t avoid it. Different people have different opinions. Even though it’s not really nice to listen to criticism, it’s the thing that will push you forward. Take the constructive criticism with you, and don’t get into unneeded arguments. Keep a cool head and avoid personal attacks, or else experienced photographers won’t give you any advice. Learning to accept criticism is the path to success.

Big egos and self-importance—you’ll mainly run into these in online discussions on forums and under photos, but not only there. One expression of self-importance, for example, is signatures on photos. Is it really needed? Isn’t better to have a signature style instead? Learn to be modest—that’s the key to success.

Perhaps the most epic issue for all photographers is the eternal dilemma: Canon or Nikon? Right? Or maybe not?

In reality it doesn’t matter. Some people prefer this, others prefer that. Some personal advice: find a friend who’s willing to lend you lenses, and then buy the brand they have. That’s more than enough.

Seeing Yourself Above? Seeing Your Friends? Lots of photographers have been totally consumed by the art and live in a different world where they’re always worrying about the same things—equipment, composition, light, editing, etc. A lot of that is good, but always be careful to avoid the bad side of photographic passion!