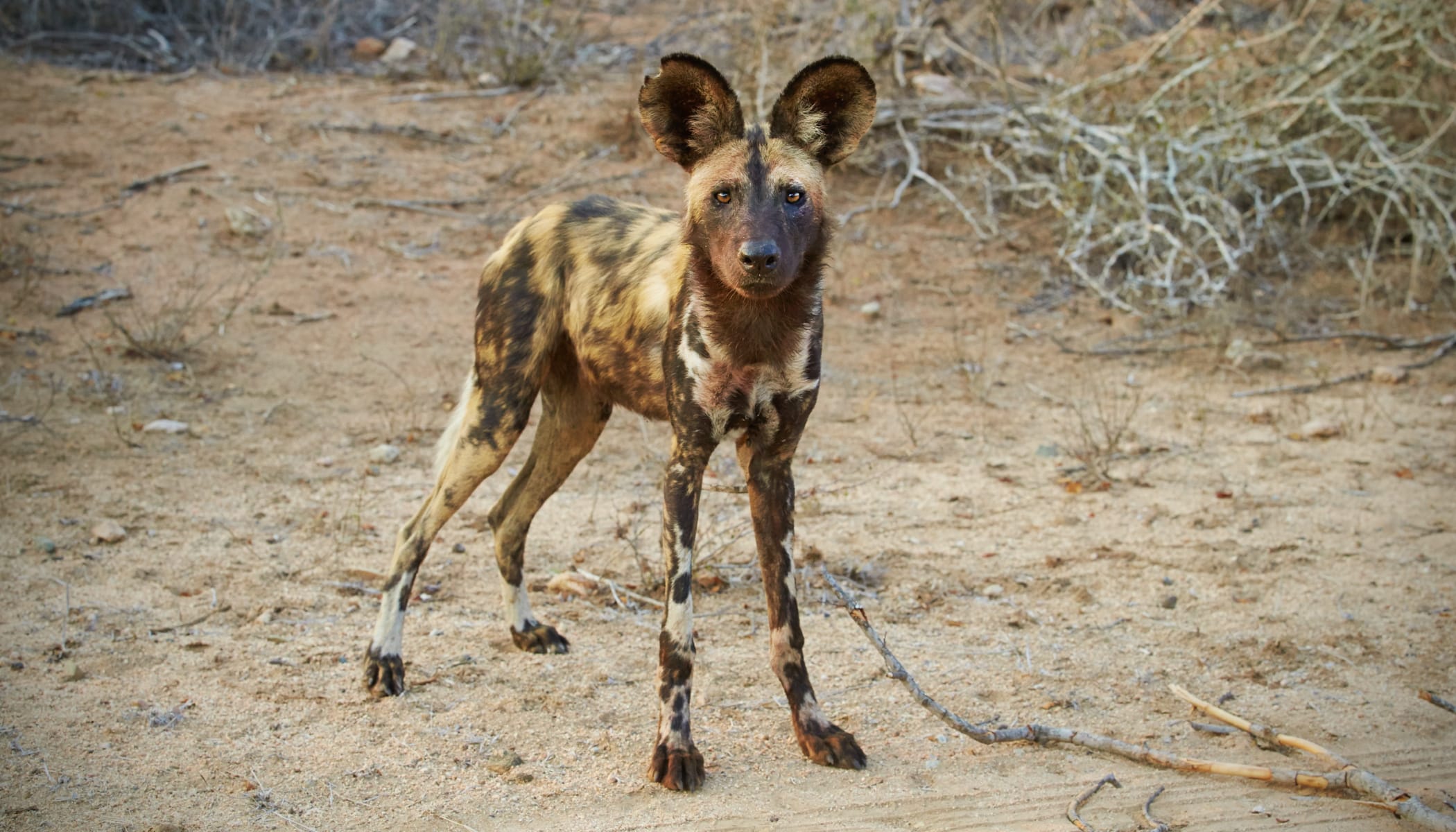 African Wild Dogs are among the most endangered predators on the continent. The largest packs live in the Okavango Delta—where I finally managed to “hunt them down” after several tries. They can run faster than an ATV, and photographing them takes time and a healthy dose of luck. But in the end, I succeeded. Read the Whole Story.

Everyone who loves doing wildlife photography heads to Africa sooner or later if they can. On their first trips, they’re delighted by the gnus and antelopes—as is normal and logical. They drink an evening toast to their first elephant, and when they manage to photograph one a predator, that’s an indescribably beautiful and blissful feeling.

You check them off in the field guide and think which of the “Big Five” you’re still missing. The Big Five—that “marketing list” of the animals you have to see when you’re in Africa.

As time passes and you take more trips, you start to think about your shoots more carefully. About what, in fact, you should photograph, and potentially how, and sometimes even whether you should take any pictures at all. And that’s precisely when you start thinking about what you still want to see—and what Africa’s beautiful nature has not yet revealed to you and your lens. There’s always a near-infinity of such things to draw one in, but for me, it was African wild dogs. 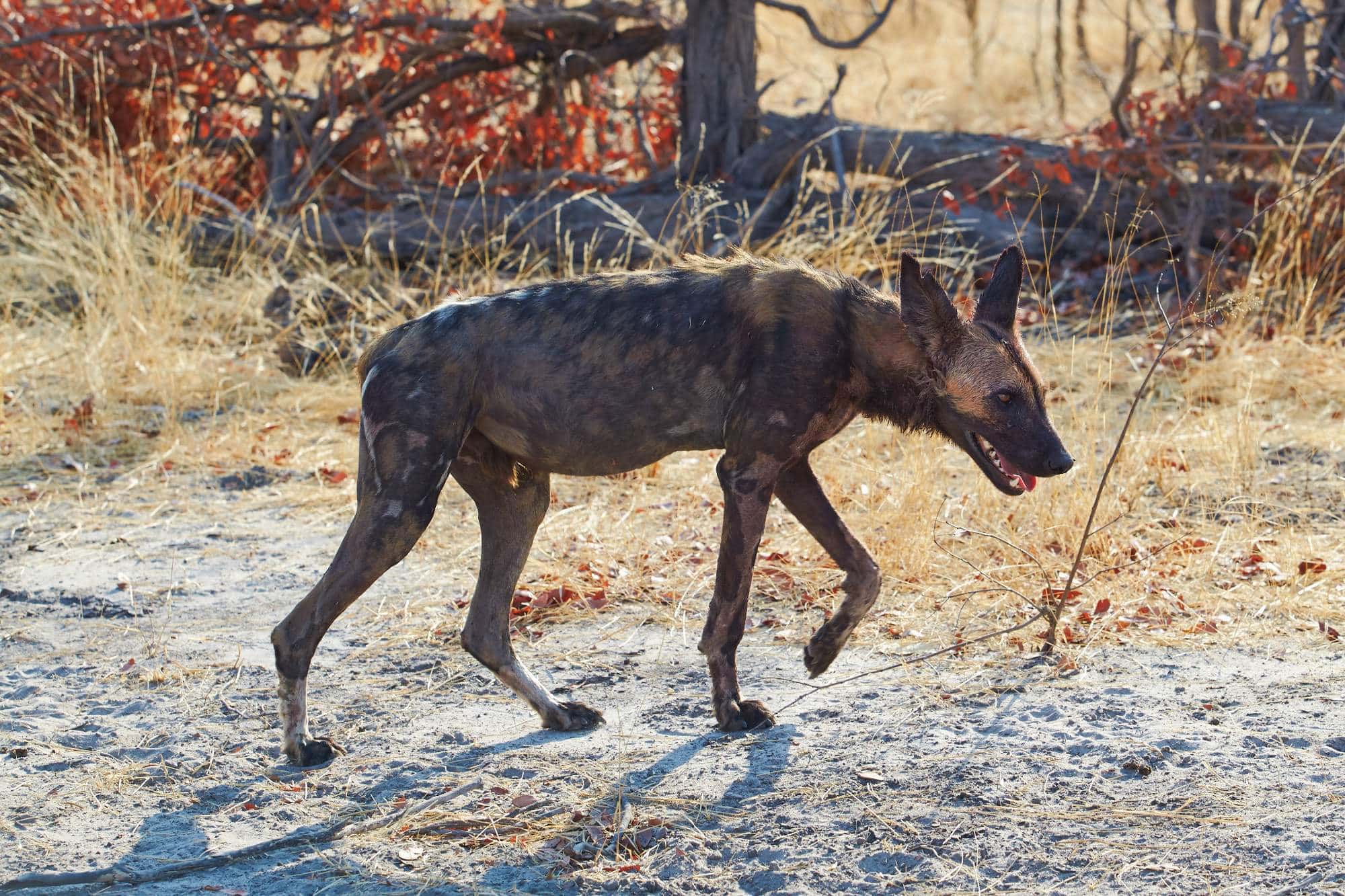 It started one day when I noted for a minuscule moment how rapid shadows were running along the edge of the low bush, with me having no idea of what they were. All that remained in me was a brief moment when a yellow eye peeked out at me from the undergrowth and immediately disappeared. I didn’t even manage to pull out my camera. In the evening, I and the local guides determined that it had been a pack of wild dogs, and that I had been lucky. 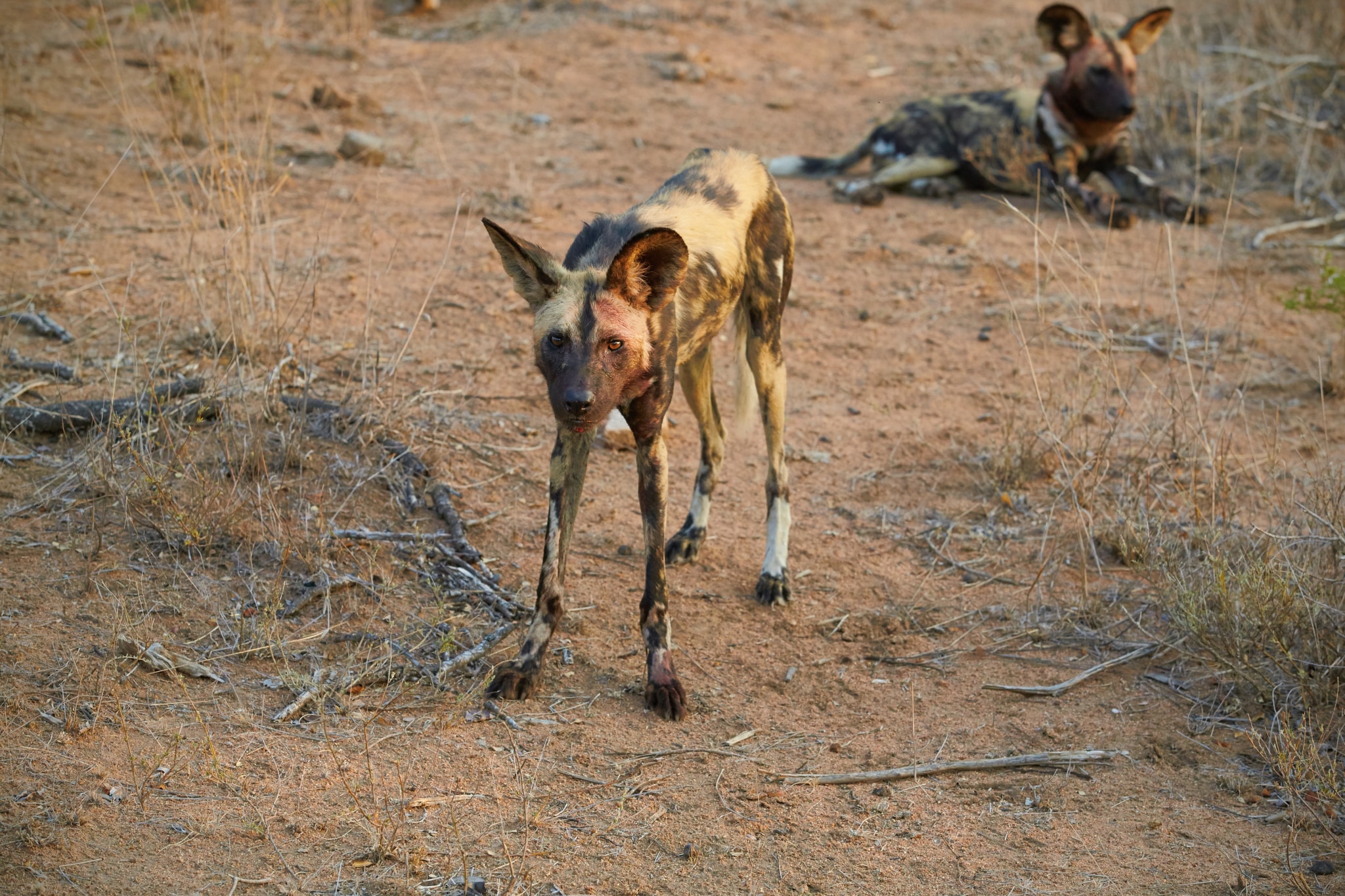 That clever eye left me no rest. I dove into the task of determining what they’re all about, and I couldn’t help but marvel. They live in packs that move at the speed of their own weakest or most injured individual. During each hunt, they leave them in the rear, and after a successful attack, other pack members with a “carrier” role leap onto the prey. 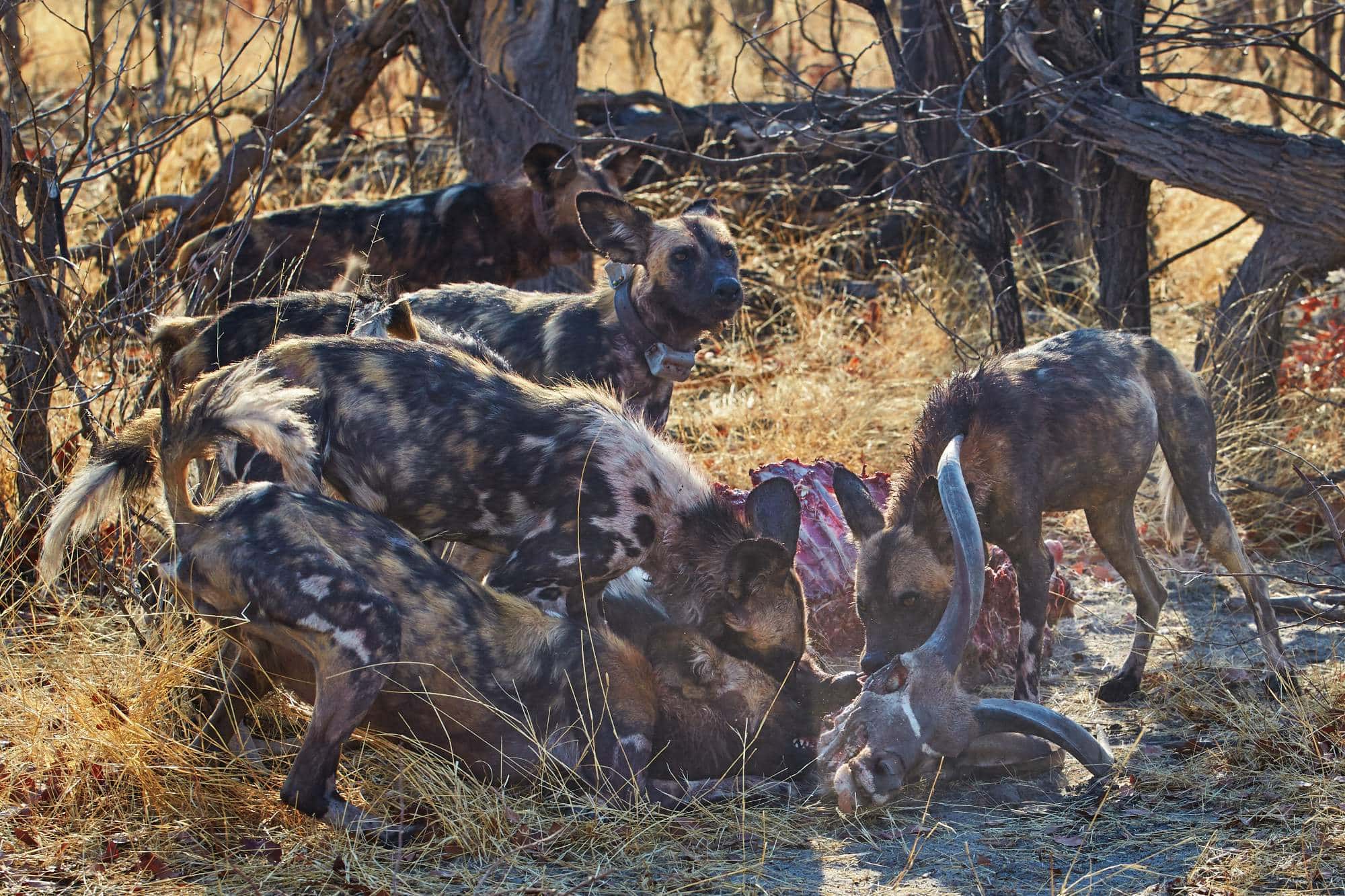 These “carrier” dogs carry food to the rear of the pack until they have fed their waiting comrades, and only then do they themselves eat. The speed at which they process their prey is dizzying. This evoked terror in Africa’s colonizers, who therefore shot them for their “pact with the devil.” 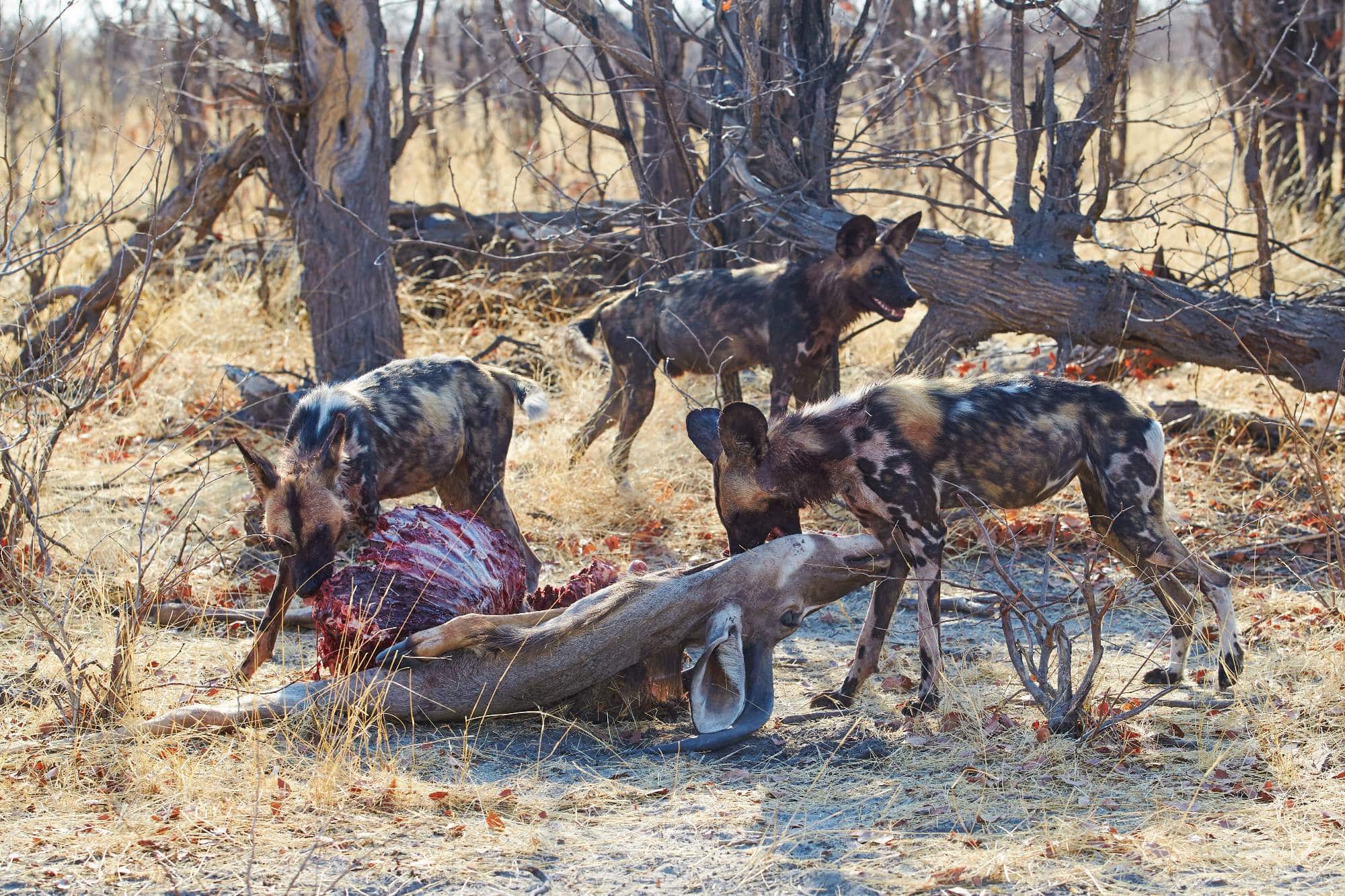 Yet this speed is purely practical, because although African wild dogs are excellent runners with well-coordinated hunts, they would be unable to defend themselves if attacked by large predators. They need to process everything as quickly as possible.

All this engendered a desire in me to catch them in a calmer situation—and acquire some nice photos as well. Success evaded me for such a long time that I was forced to turn to the natural paradise that is currently home to the largest number of these endangered canines: the legendary Okavango delta. 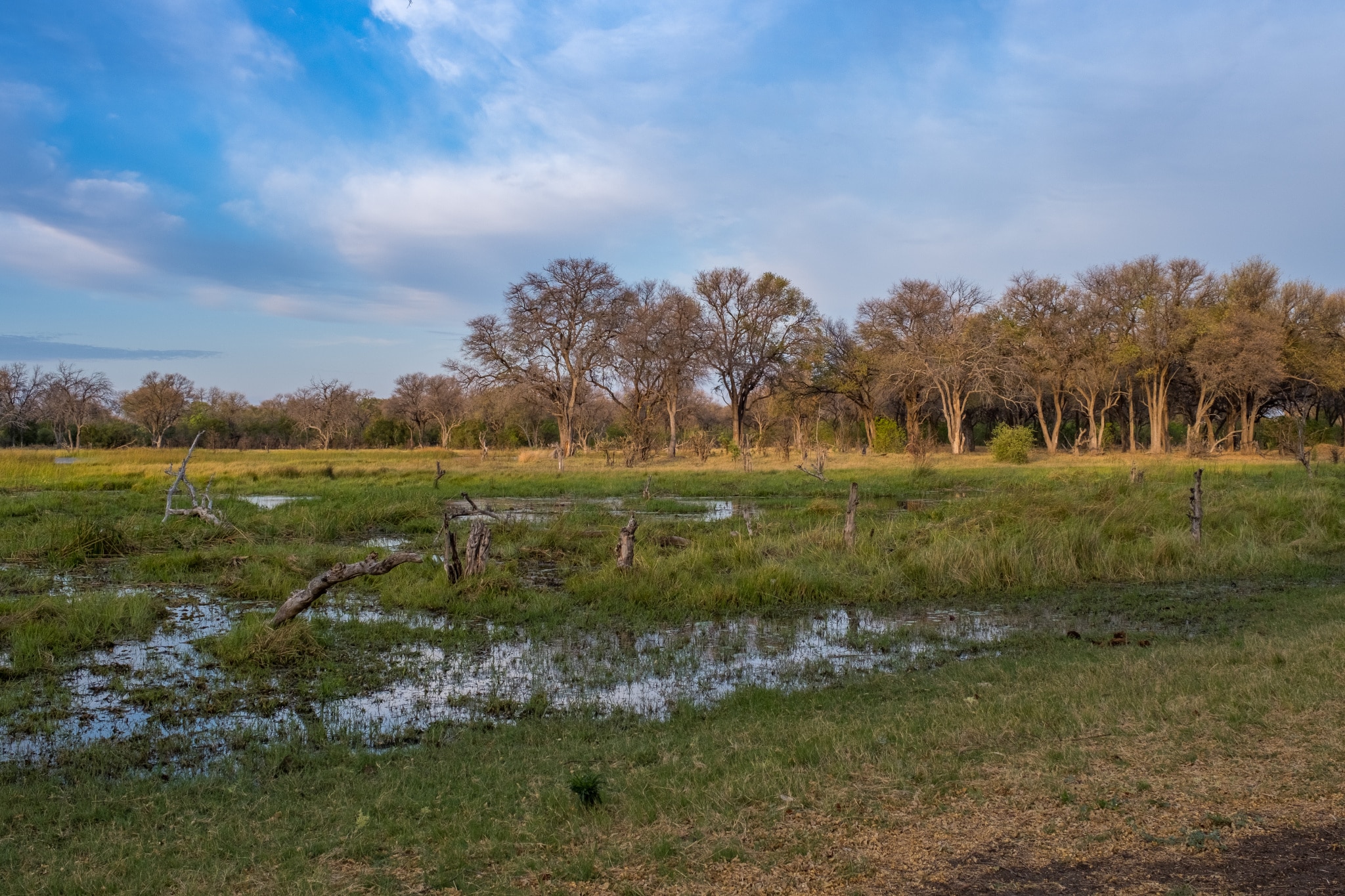 The best period for this is the dry season, which corresponds with Europe’s October. Its advantage is that one can travel around the delta, and above all the Moermi and Chobe reservations, in a 4×4 vehicle. During the rainy season, a number of places are impassible in an ATV, and getting around in the delta is difficult. Though not impossible. Many people also come to Okavanga when it is brimming with water.

We drove through the reservation for several days and saw some truly beautiful and breathtaking natural places. Despite the “hard-mode” photo-safari, pictures piled up on my card, but my main and prayed-for goal was nowhere to be seen. As one of the last nights was approaching, we arrived on-site and learned that things would be wilder than we thought. All the site’s infrastructure had burned down one month earlier. 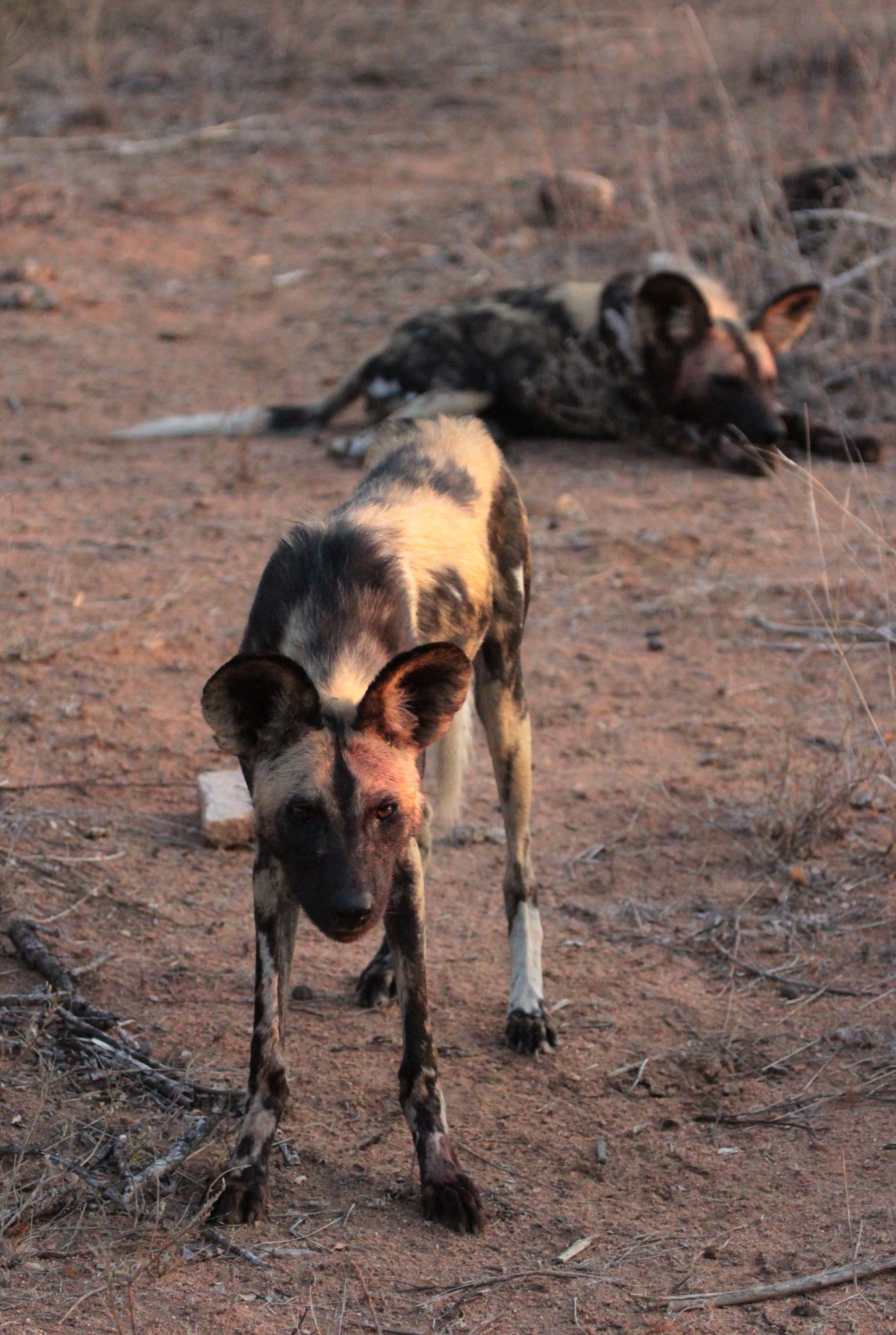 As the darkness drew in, the evening’s mood and poetry gradually faded away. The fire gave us a feeling of safety, but more and more sounds resounded in the darkness, and so we felt better climbing into tents on the roof, where we had a certain feeling of protection. As the fire died away, nature closed in around us. I felt like none of us had ever felt sounds so intensely in our whole lives. 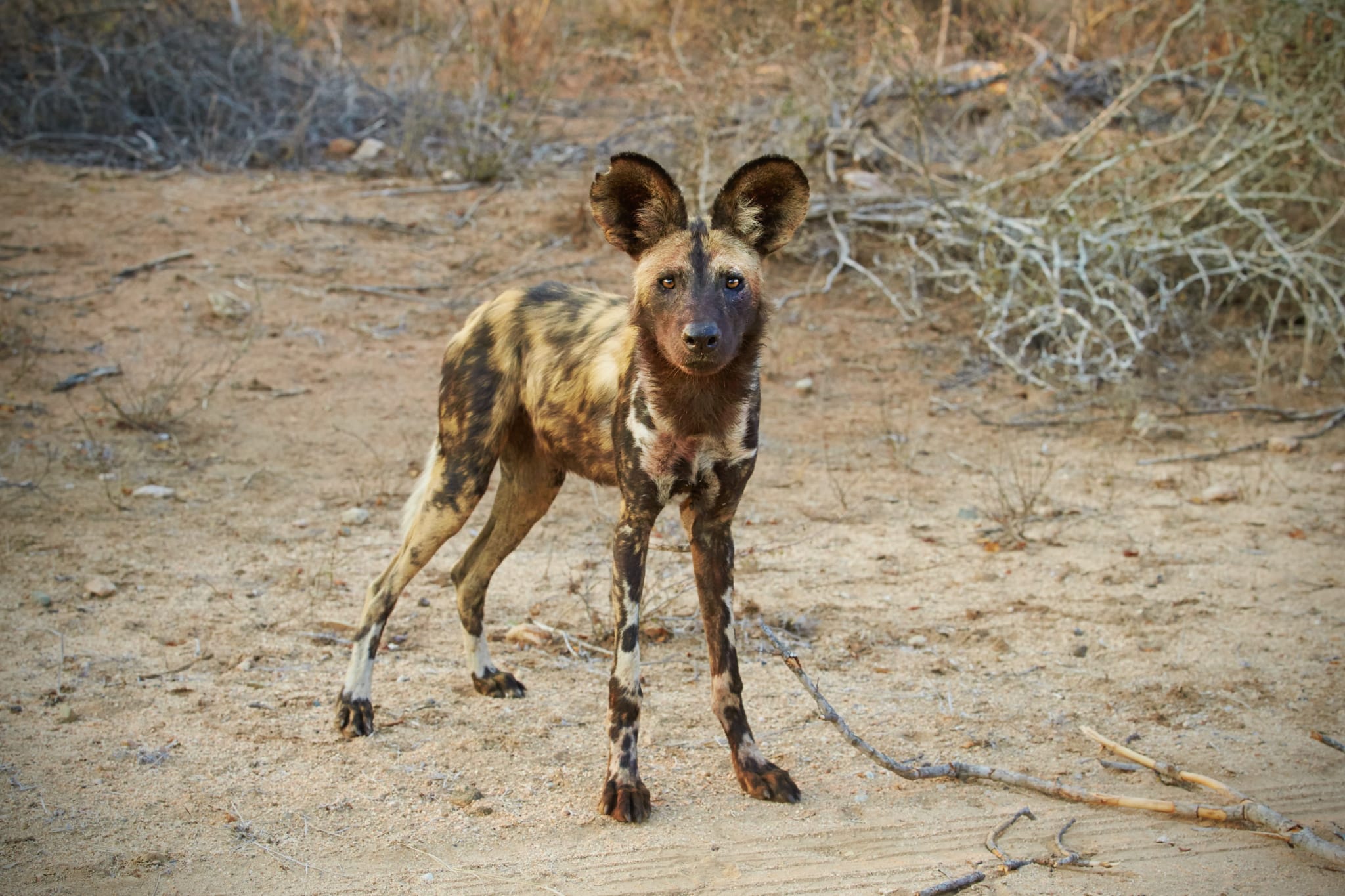 After the first rays, we packed our bags and set off without breakfast towards the Moremi reservation’s north gate. Our vehicle sometimes sank into the deep sand, and the early morning offered us a number of safari experiences, many of which, however, left us cold after our sleepless night. And then they appeared. Two meters before us, a pack was feasting on a freshly killed greater kudu. 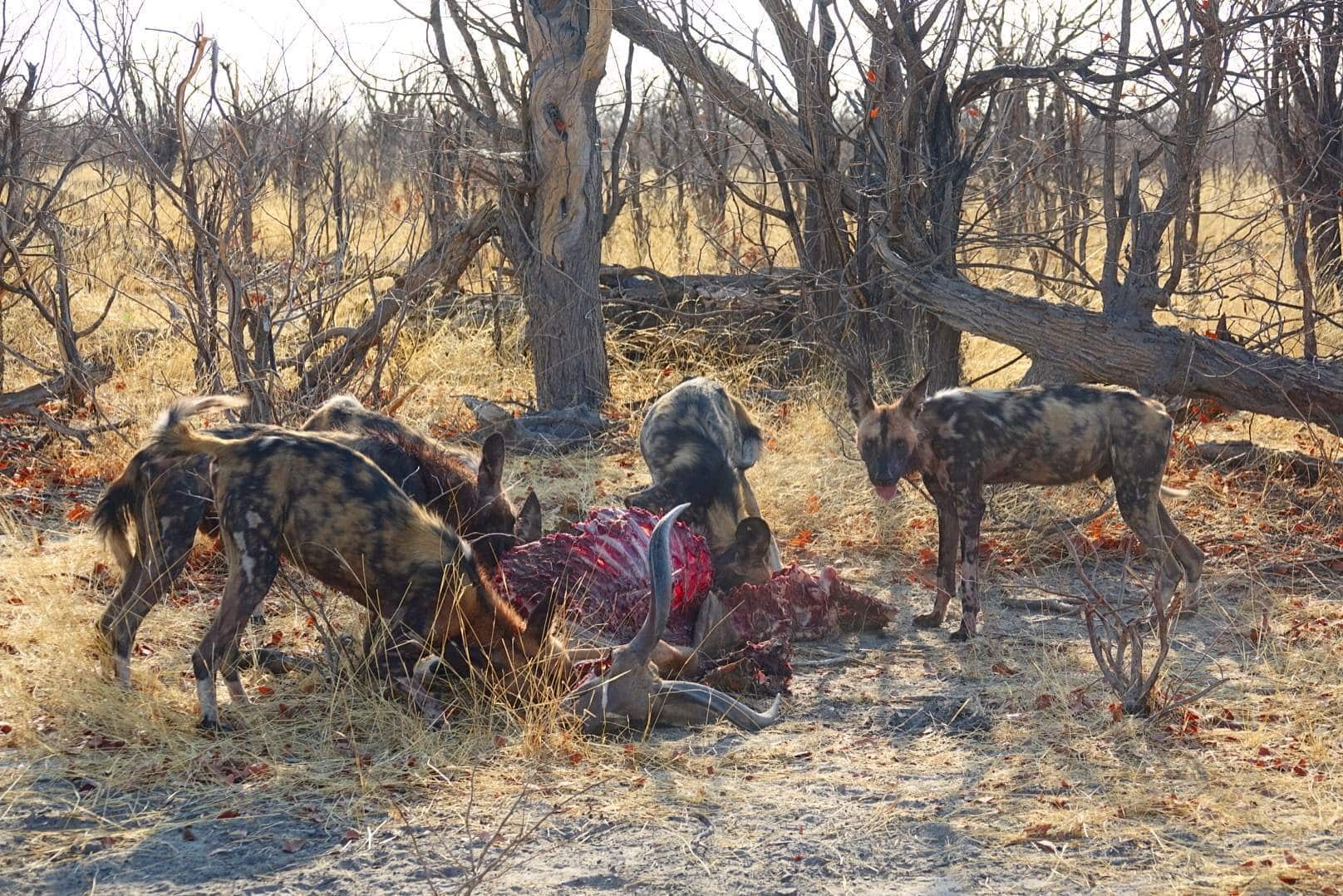 Part of the pack was standing watch while the rest ate and ran. Just as I had read. We stood some distance away under the supervision of the watchers and our sleeplessness quickly disappeared. We stared in a holy silence that was only interrupted by our camera shutters. Here and there they inspected us with their yellow eyes. One of those stares felt very familiar. I winked and promised I’d be back again.