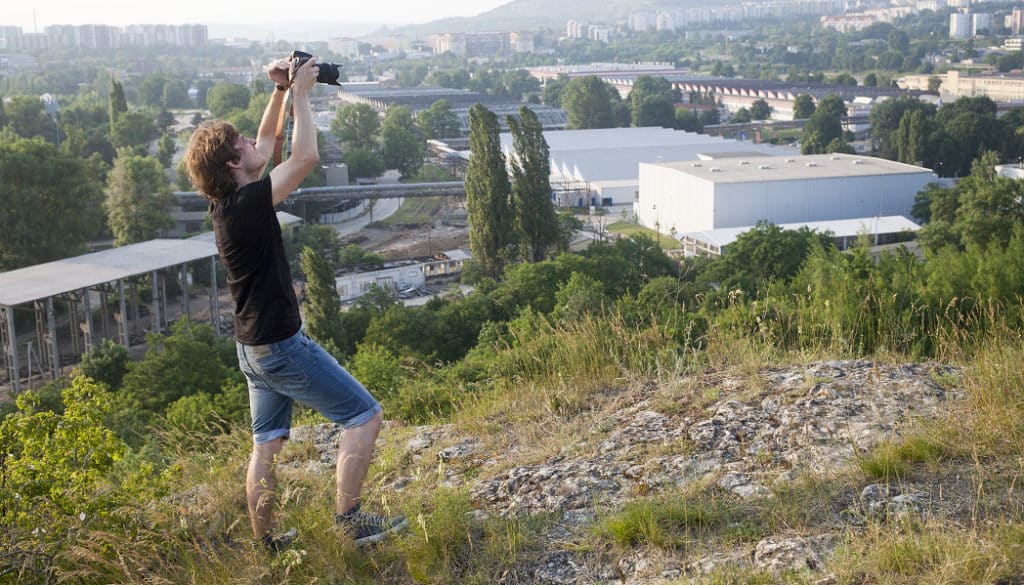 Every camera nowadays has a display. But you rarely see anyone using that display for taking pictures, especially on DSLRs, where they can use the viewfinder instead. But actually, shooting through your display opens up a lot of possibilities. You’ll discover them in today’s article.

It’s been a few years since DSLR prices fell dramatically—going down below a thousand dollars for the basic lines. That opened up DSLRs to ordinary users. At that time, these cameras didn’t even make it possible to shoot through the display instead of the viewfinder. People didn’t even want it, saying, “there’s nothing like optics.” But what’s the situation with shooting through the display today?

If you look through a DSLR viewfinder, you see the real image—you see the scene as it really is. After setting the aperture, you see the real depth of field as well. Also, you can concentrate on the image, because your eyes don’t see its surroundings, but just what’s projected onto the focusing screen. But what you don’t see is how the picture will look after you press the trigger.

But by abandoning the popular opinion that shooting through the display “just isn’t done,” you can gain new possibilities. You can play with perspective and shoot from above, or from below, giving your photographs a new perspective.

Another big bonus here is that when shooting through the display you can see how your future photo will look even before you press the trigger. That’s because the image is sent to the display from the camera’s sensor. Thus this image takes into account your settings for shutter, exposure, and ISO.  You might say that you’re seeing the final photo before you even press the trigger.

The Advantages of a Classical Focusing Screen

A classical focusing screen, i.e. the view through the mirror and the lens, has its advantages. This technology has decades of testing behind it, and has been refined practically as much as possible.

However, the truth is that many cameras from the cheaper lines have a very small viewfinder. So you can miss important details that are important for a photo. You can find these small viewfinders in (for example) the low-end DSLRs such as the Nikon D70 and the Canon 300D.

The higher camera lines avoid this problem thanks to their brighter, larger focusing screens. So the image that you see in them is large enough that you can see not just the picture overall, but important details too.

Another thing that’s important in certain fields of photography is the autofocus speed. The autofocus in DSLRs works significantly better when you’re shooting through the mirror. Shooting through the display slows down the autofocus. Yet this handicap doesn’t have to be a show-stopper. For portraits, landscapes, and product photographs, focusing speed doesn’t play an important role. That’s definitely not true for sports, reportage, and wildlife photography, where you need to be able to focus quickly and reliably.

You can think of electronic viewfinders as viewfinders built into the camera. You’ll find them in most mirrorless cameras, as well as in advanced compacts. When it comes down to it—this technology has been in development for a shorter time than classical mirrors and focusing screens.

So it’s no wonder that when it first came onto the market, it was slow—the image projected onto the display or into the viewfinder was delayed. (For that matter, there were similar problems with the first LCD screens for desktop computers.) What’s more, early electronic viewfinders had such poor resolution that they rarely gave you a good view of the scene and often gave you a headache. These were the main reasons why most photographers preferred to stick with classical DSLR optics.

But technology marches on. Today’s modern cameras, with their electronic viewfinders or large, high-resolution displays—including DSLRs, when you’re shooting through their displays—don’t cause this problem.

They have such a fine raster that you can see all the details of an image clearly, which is  important. Another thing: as mentioned earlier, the camera electronics also take the camera’s settings into account in their calculations, and they deliver the shot’s real exposure to the display or the electronic viewfinder, so you see your final photo before you even press the trigger. If you learn to see this way, then you don’t need to check your pictures after taking them, leaving you with far less “trash” and more space on your computer’s disk.

Another new feature in this technology is pop-up displays, which bring you photographic comfort. You can comfortably bend over and take pictures from an interesting “low perspective” without having to lay on the ground. The same applies for photos from above. You don’t need a chair or a ladder, and you don’t need to jump onto benches and do acrobatics. You just pop out the display and take your pictures comfortably.

If you don’t have a pop-out display, you can still do these same things, it’s true. But don’t expect the same level of comfort.

Everything has its pluses and minuses. This applies for displays vs. viewfinders too. If you have the opportunity, try out both variants and you’ll discover for yourself what works for you. After all, you can always switch between viewfinder shooting and display shooting based on the current situation.

Self-portraits, or: How to Photograph Yourself Quickly, Easily, and Well

[Infographic] How to Work Without Enough Light