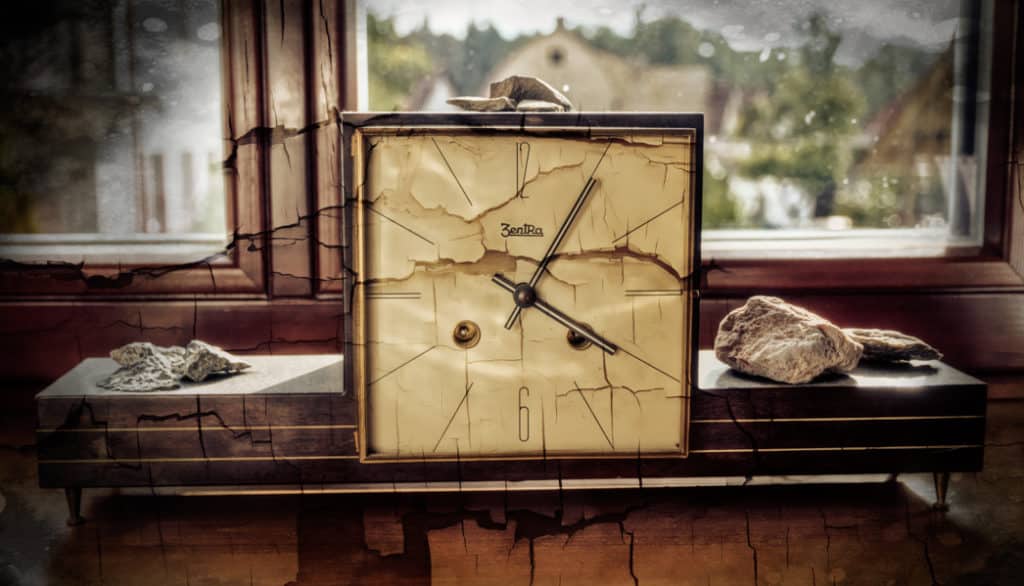 In our previous article on exposure settings we introduced the two most basic exposure settings—aperture size and shutter speed. They directly affect how much light falls onto the camera’s digital sensor. There are always multiple ways to combine shutter speed and aperture size to get a correct exposure. Which combination you should choose depends on your creative goals. The relationship between time, aperture, and also the third exposure parameter, ISO, is often called the “exposure triangle.”

When you want to use a short exposure time like 1/500 s, this on its own means underexposing by 2 EV. To set correct exposure you’ll need to either change the aperture by +2 EV or change the ISO by +2 EV, or perhaps change aperture and ISO by +1 each. The following table shows how to choose the correct settings.

Keeping the analogy we mentioned in our earlier article, where the lens and the shutter are like a water tap and the sensor’s light-sensitive cells are like glasses you’re filling with water, in the first situation (the second line of the table), you’ve reduced the time spent filling the glass with water down to 1/4. That’s why the “water speed” had to be quadrupled to fill the whole glass. In the second case (the third row of the table), you left the water speed the same, and only filled up the glass one quarter of the way. After that you multiplied the amount of water in the glass by four. In the third case (the fourth row of the table), you doubled the water speed, filling the glass halfway, and then multiplied the amount of water in the glass by two.

All of the combinations above lead to a correct exposure. All of the photos have the same brightness distribution (the photos have identical histograms). The first photograph, taken with a speed of 1/500s, will have a smaller depth of focus than the one with the basic exposure, due to the smaller aperture used. The second photograph will have more noise due the higher ISO used. The third will be a compromise between these two.

Most modern cameras let you work both with the basic set of f-stops/ exposure time/ISOs and with intermediate values inbetween them. Most commonly these are the thirds inbetween; sometimes they are the halves. For the sake of learning exposure basics and mastering exposure more quickly, you should skip these and work with the basic values only. Those are easier to calculate in your head. 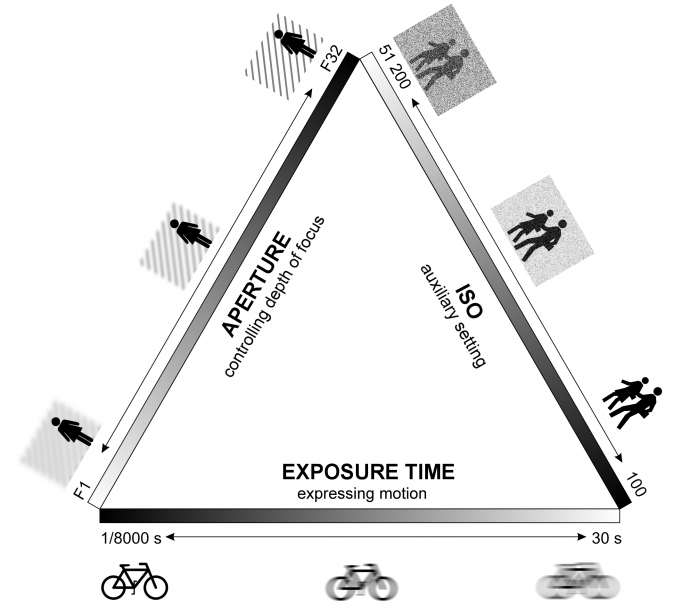 With a suitable choice of exposure speed, you can express motion in a photo. If you want to freeze all motion in a photo, use a very short exposure time (1/125 s or shorter). To emphasize motion on the other hand, use a long exposure time. That will make the motion turn into a blur. The subject can be moving against a static backdrop (a blurry stream of water, lines of light from car headlights in night photos, etc.), or you can use panning to get a relatively sharp subject against a blurry background. In our example, during the exposure the lens smoothly copied the motion of the car.

Usually ISO only comes into play when you want to use a shorter time than you can achieve even with a fully open aperture. The classic example is photographing a static object in dim light without a tripod. If you use long exposure times when shooting by hand, you’ll get blurred pictures due to the camera moving during the shot. Another common reason for using a high ISO is because you want to freeze motion in a photo, and so you need to use a shorter exposure time than even the widest aperture could give you.

There’s one feature in advanced cameras that we should mention here, since we’re talking about exposure. That feature is exposure bracketing. It makes the camera expose the same picture multiple times, with the exposure shifted by a set amount each time. Typically these are three shots at 0 EV, -1 EV, and +1 EV. Some cameras let you create a longer series of shots and let you choose by how many EV the shots will differ. In the era of shooting to film, this function was very useful for even just the goal of getting one good shot. In situations where it was hard to get a good exposure, the photographer created multiple exposure variants, and when developing the film, they could choose the best one.

In every situation there is more than one combination of exposure settings that gives a correct exposure. If you change one setting to help achieve your creative goals, you have to change one or both of the other settings to maintain a correct exposure. When you are using your camera’s semi-automatic modes, the camera is choosing some of these settings for you. When you are using its automatic mode, the camera is choosing all of them.