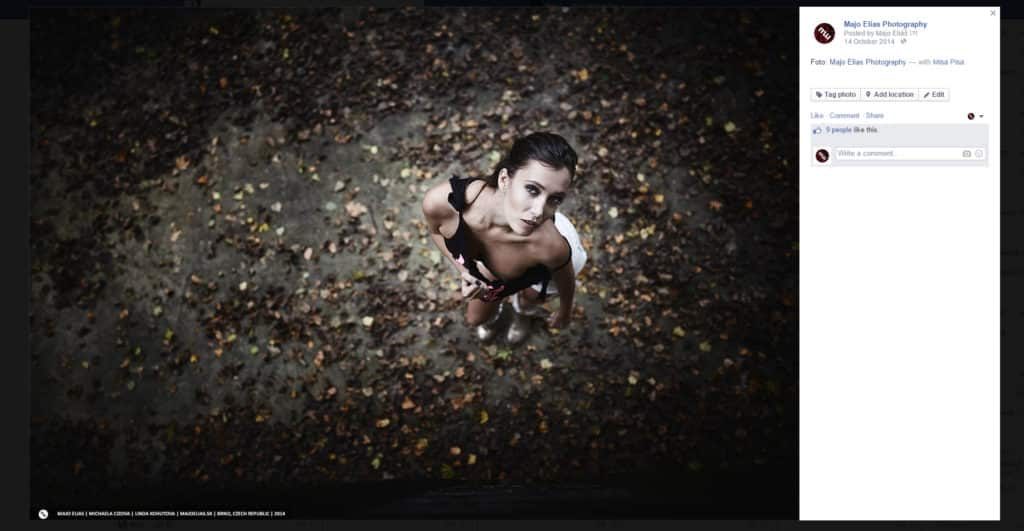 Facebook is definitely a great friend to every photographer. But also at the same time it’s also their enemy, censoring photos and lowering their quality. Today we’ll explain a few tricks for working with the largest social network—Facebook—and for getting top quality for the photos you upload there.

Facebook is notorious for diminishing the quality of photos uploaded to it. We love photography, and so we care about keeping photos top-quality, and you can see that on our Zonerama galleries for example: they never reduce uploaded photos’ quality in any way. But we can’t ignore the fact that Facebook is where photos get seen the most. And if a photo is original enough, it can really take off on Facebook, with numerous views, shares, and comments.

A Resolution That Works

We’ve seen the best results from uploading photographs with a dimension of 1000 pixels on the shorter side. That gives a resolution of roughly 1500×1000 pixels. Resharpen the photo by about 150% using the Brightness method while shrinking it to that size. A picture with this resolution will look very good even on full HD monitors. Some might say that a resolution that large has no place on the Internet, since someone might abuse the picture. But if you’re worried your pictures will be abused, you shouldn’t be putting them on the Internet at all, because that possibility always exists.

The other thing to keep in mind is that on Facebook, people aren’t too interested in photos’ technical quality. Meanwhile, however, your photo may get shared and commented on by a number of people. It may even be successful enough to go viral.  In that case, you do want its technical quality to be as good as it can be.

Saving For the Web

When you want to publish your photos on Facebook, run them through the Convert to Web JPEG function if possible. This function in Zoner Photo Studio strips a photo of any data not needed for publication, such as its EXIF data, leaving only the image inside. It also has an option to reduce a photo’s quality—reducing its size as well. Leave the quality at maximum, however. Facebook will do the shrinking for you. The important thing is to upload your photos at the resolution mentioned above.

When you’re uploading photos to a Facebook album, note the checkbox at the bottom for uploading photos at maximum quality.  Make certain to turn this option on. Just take a look at the difference.

Facebook also accepts images in the PNG format, which is lossless, and so your photo will arrive at Facebook at even higher quality. Unfortunately however, Facebook converts it upon receipt and stores it as a JPG image.

Here’s an example of how a photo looks after upload to Facebook in the PNG format.

Even though Facebook reduces photos’ quality, it’s still the most-visited social network. Because of that, photographers have to adapt to Facebook. You can use Zoner Photo Studio’s Save as Web JPEG feature to ensure your photos reach Facebook at maximum quality.

To close things out, here’s one last look at the photo we were working with above. For the best view of it, we recommend clicking Facebook’s “Enter Fullscreen” button—that’s the double-arrow icon at the top right of the photo window. By the way, while you’re on Facebook, take a moment to follow the Zoner Photo Studio group—that way, you’ll be the first to know about every new Zonerama article!