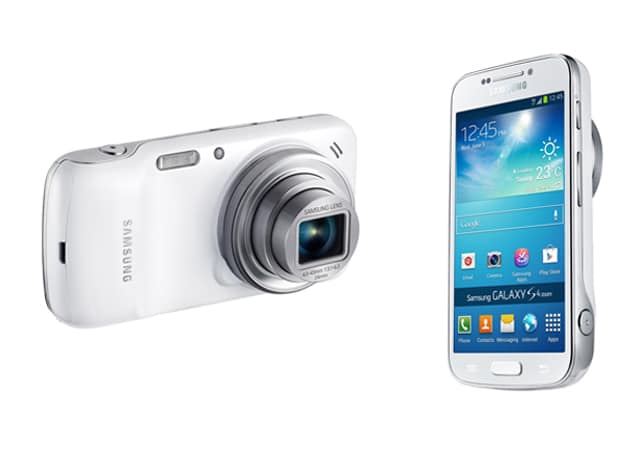 It’s no secret that smartphones are taking a greater share of our photos these days and not just mindless selfies, either. There have been professional photo shoots with iPhones and the stock photo firm Alamy recently debuted an app that lets you sell your mobile photos (and only mobile photos) online.

What’s more, smartphone makers are making significant strides in image quality and camera design. Two in particular — HTC and Apple — have shifted from cramming more pixels onto their phone’s image sensors to instead made those pixels larger, the better to soak up more light (for faster performance and better indoor photography). Samsung has explicitly mashed a “real” camera, complete with an optical zoom lens, onto a phone with its Galaxy Zoom line.

It’s no surprise why smartphones have caught on as photographic tools. They not only take decent pictures, but they allow you to instantly share your photos with friends and family. With the right app, (like, say, Zoner Photo Studio Edit and Go for Android) you can edit or enhance your photos immediately after you take them.

Smartphones are also mobile photo books, giving you access not simply to all the photos you store on your phone’s internal memory, but to all the images you’ve uploaded to the cloud. If, to pick a not-entirely-random example, you load the Zonerama app on your phone, you can have access to your entire cloud-based photo collection. Not only that, but you can quickly back up the photos you do take on your phone to Zonerama so you know they’re safe for the future. A traditional digital camera simply can’t match that experience.

Of course, there’s still a lot to recommend traditional cameras. Speed, image quality, and the range of creative controls that advanced compacts and d-SLRs offers simply can’t be duplicated by apps (yet). While some phone image sensors have gotten larger, they’re still small by comparison to a d-SLR (let alone a 35mm-sized full frame d-SLR) — which means that phones are still sluggish and underwhelming when the lights go down. Optics, too, are another area where phones seemed destined to lag behind for a while. It’s proven difficult to slap an optical zoom lens on a smartphone without making it too fat. And forget about interchangeable lenses (although Apple is reportedly at work on a lens mount for the iPhone that will permit accessory lens mounting).

Still, if market researchers are to be believed, fewer and fewer of us are buying traditional cameras anymore, which means we’re increasingly being won over to smartphones.

So, dear reader, I ask you: have you been fully won over to smartphone photography? Have you bought your last “real” camera? If not, why not? Let us know in the comments.