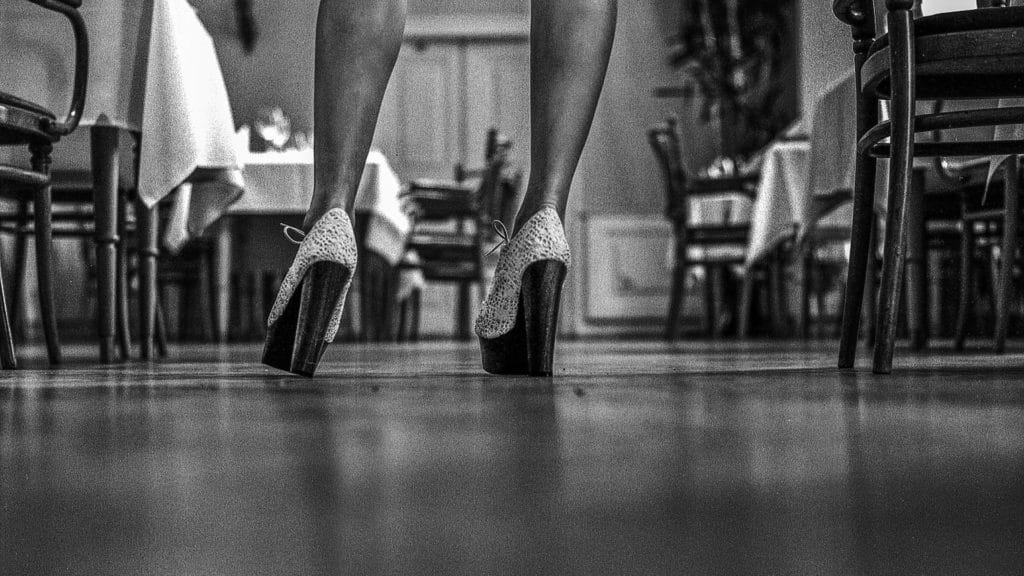 Almost every photographer’s artistic development goes like this: first they take a camera and photograph everything without being aware that there are any rules, and so they break them with a clean conscience (and unconsciously). Then they dive into studying photography, start applying and following its rules, and finally reach the point where they once again start breaking them—but this time knowledgeably, and on purpose.

Few readers of this blog will be unaware of the golden mean, guidelines, and how a moving object in a photo should be facing. It’s a group of subjects we’ve covered several times—from the absolute basics of composition to correctly choosing a ratio of sides.

For example one rule states that photos should not contain receding lines. Other rules state that objects shouldn’t stick out of a photo and that the main subject definitely shouldn’t be in the center. But what if you break these rules? What might it do for you? When exactly might you put such exceptions to use?

One composition rule says that guidelines should be horizontal and vertical. But sometimes that’s not enough. Tilting the camera itself is mainly useful when photographing something dynamic (like sports or news events), as a way to highlight the photographed situation. Dynamic scenes brimming with speed practically beg to be tilted—I mean things like a fast-moving car, a ski jumper, or a guitarist at a concert.

Another compositional rule tells where a picture’s subject should “look” or be going. According to this rule, their gaze, or their motion, should aim into the picture’s center, not out of it. But you can break this compositional rule regarding an object’s direction when you want to add tension to the photograph. When you’re raising, for example, the question: what is the subject looking at outside the frame of the photo? Another example is a reportage photograph where people are running away from something.

Don’t Compose to the Center

Verboten! Don’t compose to the center. This rule is broken mainly by beginners and Sunday photographers who don’t realize that it exists. But experienced masters take the liberty of breaking it too—very occasionally. Center composition is mainly useful in capturing symmetry, in architecture, as well as when emphasizing the importance of a portraited person.

The Rules of Light

Hard Light From a Flash

For portraits, fashion photos, and nudes, soft light is what’s used. That’s just how you do it. But is it always? There are in fact photographers who exclusively use direct light from a flash.

The Best Kind of Incorrect

If you often upload your photos to photography forums, you’ve surely come across comments like “poor technical quality,” “that’s noise,” “not sharp,” and who knows what else. And all of that definitely may be true. Indeed that’s the whole reason why manufacturers constantly release cameras with better specifications and lenses with excellent optics, so that photographers can get better technical quality. But what about when, say, a little blurring will help a photo?

Mild blurring can emphasize the dynamism or emotion in a photograph. The same applies for low image quality caused by a high ISO setting. Such photos are grainy and hard to “read,” and often also not perfectly sharp. And yet breaking this rule can help some photos to express emotion. Some photographers say for example that these are photographs with a soul.

I Can Tell By the Pixels

Photo software is a bit like fire. A good servant, but a poor master. Extreme edits to a photo can make it look tacky. But if they become a sort of signature for you, then that changes how your audience perceives them. Here you’ll tend to see just fans and opponents. There’s really no other stance your audience can take.

One typical example of this (from the world of analog edits) is Czech photographer Jan Saudek.

The Basic Rules of Breaking The Rules

So. Who can break photography’s rules? There is no simple answer here! You won’t go to jail for breaking the laws of photography, so certainly anyone who wants to can break them. Of course the ideal solution is the knowledgeably violate selected rules to get the best final pictures. But if you’re a beginner, you may fail at that. Experienced photographers meanwhile know exactly which rules to break when and what result that will give them.

And the only way to become an experienced photographer so that you can break the rules of photography on purpose is… (you’re probably tired of hearing this from us by now…) to tirelessly keep taking pictures.