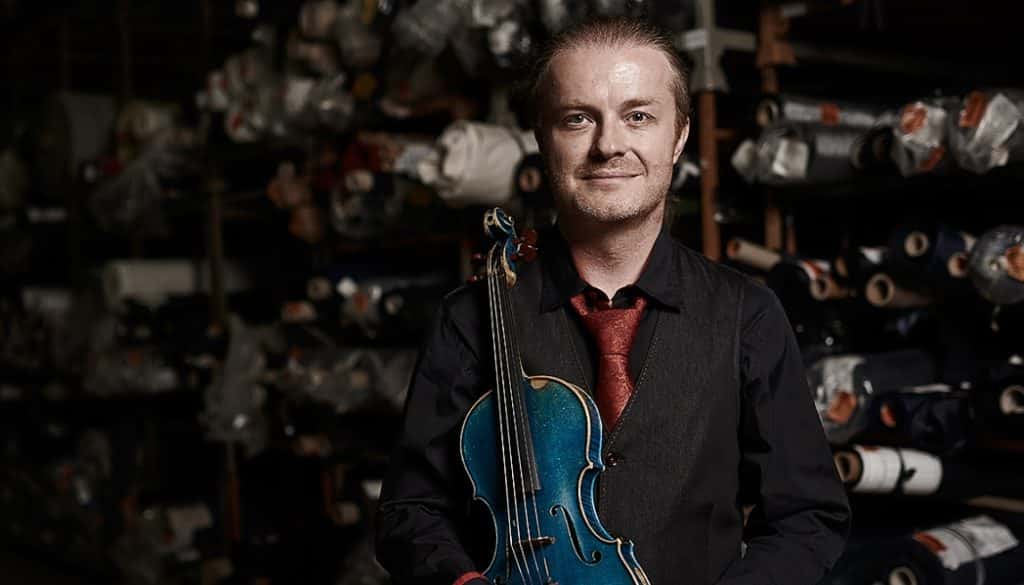 To be in the public eye, you have to be seen, so public figures need occasionally need representative photos of themselves. If you ever get hired to create such photos, you need to be ready to produce great work in minimum time. What’s the workflow for photographing well-known people? In this article I’ll illustrate it using the example of a shoot for Czech violinist Pavel Sporcl.

When you’re taking photos to represent someone famous, it’s different than when you are photographing a concert, theater performance, or current events.

Generally they won’t come to do the shoot in your studio where you have all your equipment set up. Instead you’ll have to come to them—or at least to a prearranged location.

The process of photographing a public figure starts with your receiving an order with a description of what the client needs. You won’t be contacted by the public figure personally, but instead by their representative. In practice that will be the main person you’ll be communicating and negotiating with on the details of the shoot. In my case, I communicated directly with the representative of the clothing brand that the violinist was posing for.

As a photographer, arrive on-site for this shoot type far ahead of time—even several hours. In my case, I arrived three hours before the planned shoot.

That gives you time to meet with the representative on-site and go over the whole scenario and timeline one last time. Take into account the fact that public figures don’t have much time for the shoot, and so even a ten-minute delay can throw their whole program for the day into disarray. Don’t be remembered as the jerk behind a ruined day of high-paid work!

If you’re heading out to shoot a public figure, always bring an assistant. They’ll help with equipment and serve as a live “posing doll.” Use them to test how the planned shots will look and to give the representative a chance to OK the shots. These measures will help you catch and fix any problems with the space and see what to watch out for. Meanwhile your client will see what they can expect from the photo.

The moment is here. The client is coming. Above all, don’t be afraid of them. People in the public eye generally got there by being easygoing people who understand people! Arrogant celebrities are rarer than you might think. Just keep calm and be friendly.

And don’t worry that they won’t know how to pose. My experience is that public figures pose marvelously. And they’re great to work with. So the shoot itself should breeze by painlessly.

If you have the opportunity, bring your own laptop and shoot to it directly. Your assistant will use it to check sharpness and other things that are not visible on a camera display.

You shouldn’t need more than ten takes per shot. After all, you and your assistant have already tested out how the shot will look.

If you do superb, precise work, your subject will only need to spend a minimum of time on the shoot. And you can be sure that’s the sort of shoot they’ll be happy to hire you for again in the future!