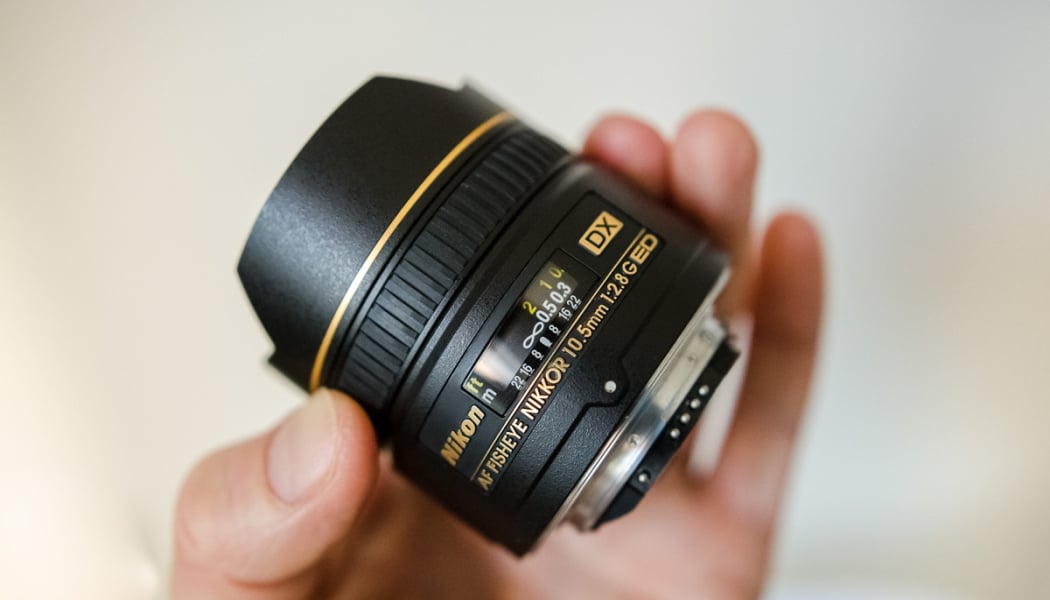 Every photographer will have zoom and portrait lenses in their kit. But sometimes it pays to take yet another point of view. A fisheye lens is one way to do that. In this review, we’ll take a look at the Nikon 10.5mm f/2.8, a truly fascinating lens that was lent to us by Foto Škoda.

Sometimes when you’re out shooting, situations can come up in which wide-angle lenses aren’t enough: you find yourself longing to go even wider. The solution is to have a lens that does offer you this luxury. With full frame cameras, this issue isn’t relevant all that often. The problem arrives when you have a smaller chip and you’re restricted by its crop factor. There really aren’t all that many truly wide-angle lenses for APS-C DSLRs.

But Nikon has brought to market the first fisheye lens made especially for Nikon DX DSLRs: the Nikon 10.5mm f/2.8 Fisheye (16mm FX equivalent). This lens assembly offers an angle of view of 180°, the ability to focus at distances as low as 14 cm (3 cm from the front lens), and an unbelievable focusing speed.

What’s in the Box

You’ll find covers, a cloth case, and a fisheye lens. It’s only 6.25 cm in length, and it weighs 306 g. These are the measures of a very compact lens. You almost can’t tell when you have it on your camera, let alone when you have it in your backpack. To tell the truth, the lens shocked me with its compactness the moment I unpacked it. And my first thought was actually, “this will be easy to lose somewhere!”

The lens assembly is made up of 10 individual lenses within 7 elements (and one of these is made of ED glass). The anti-reflective layer used in this lens is very high-quality; you don’t need to worry about losing contrast against the light. The shutter is made up of 7 blades placed into a circular aperture.

Other major pluses include the all-metal construction and the built-in lens hood. The only real disadvantage of this lens is that you can’t mount screw-on filters. On the other hand, there’s a gel-filter holder just behind the bayonet mount.

Users of the entry-level Nikon D3xxx and D5xxx lines may find it to be disadvantageous that this camera doesn’t have a built-in focusing motor; it uses the camera’s focusing shaft instead. I tested this lens on a Nikon D7100, and on that camera, the focusing seemed to me to be lightning-fast. You can judge the focusing speed for yourself from the video. The lens cost roughly $800 on Amazon as of this writing.

The barrel distortion that is the hallmark of fisheye lenses is very strong here. But you can remove most of it in post-production. After distortion adjustment, you’ll find that what you have are more “wide-angle” than “fish-eye” images. So the option of distortion correction gives you the choice of how much you want to take advantage of the fisheye effect. I have to note that this lens is so well constructed that its chromatic aberration is minimal and can even be overlooked. This even applies when you’re shooting against the light: pictures are high in contrast and have no strong reflections. 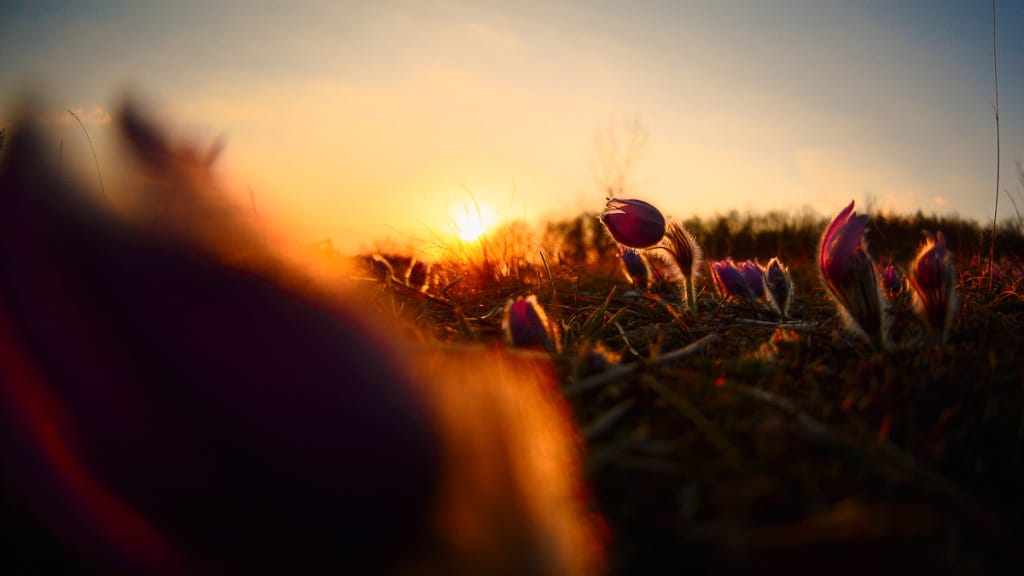 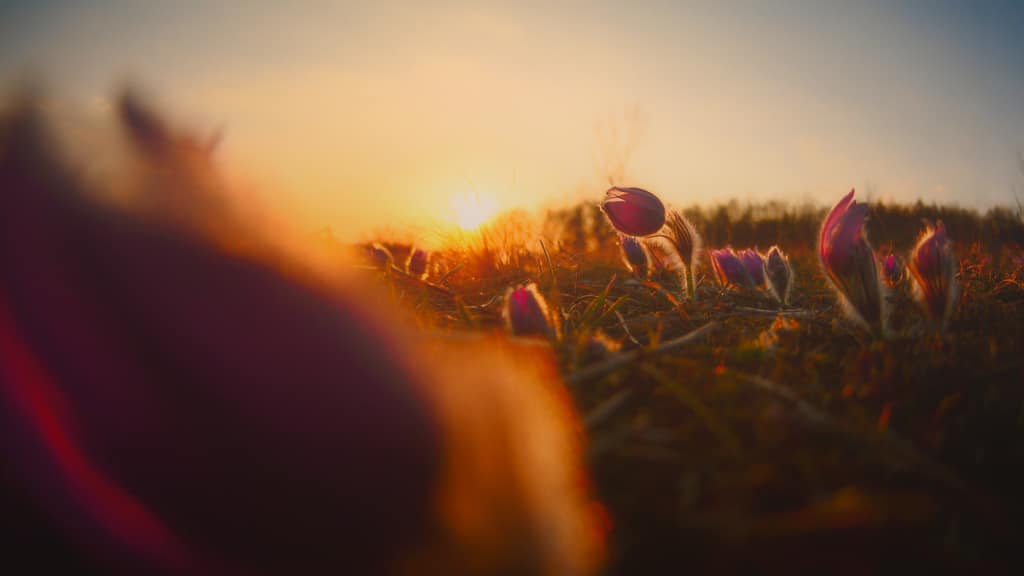 The sun has gone down, but as you can see from this JPG straight from the camera, no reflections are appearing. They also didn’t appear after the RAW was developed in ZPS X.

What interested me the most was the lens’s sharpness when using the shortest focal distance. That distance is a mere 3 centimeters from the front lens. I tested the short focal length the most heavily when taking pictures of some pasqueflowers. The 3 cm focal length seems small even when you first hear about it, but it wasn’t until I was actually taking pictures that I understood what an unbelievably short distance it is. 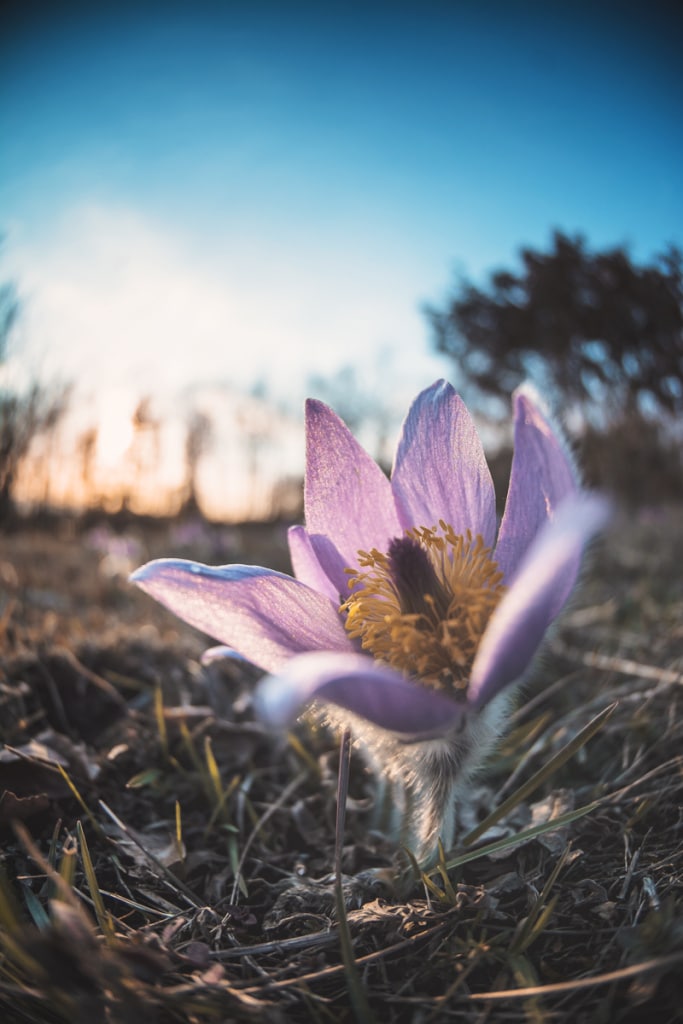 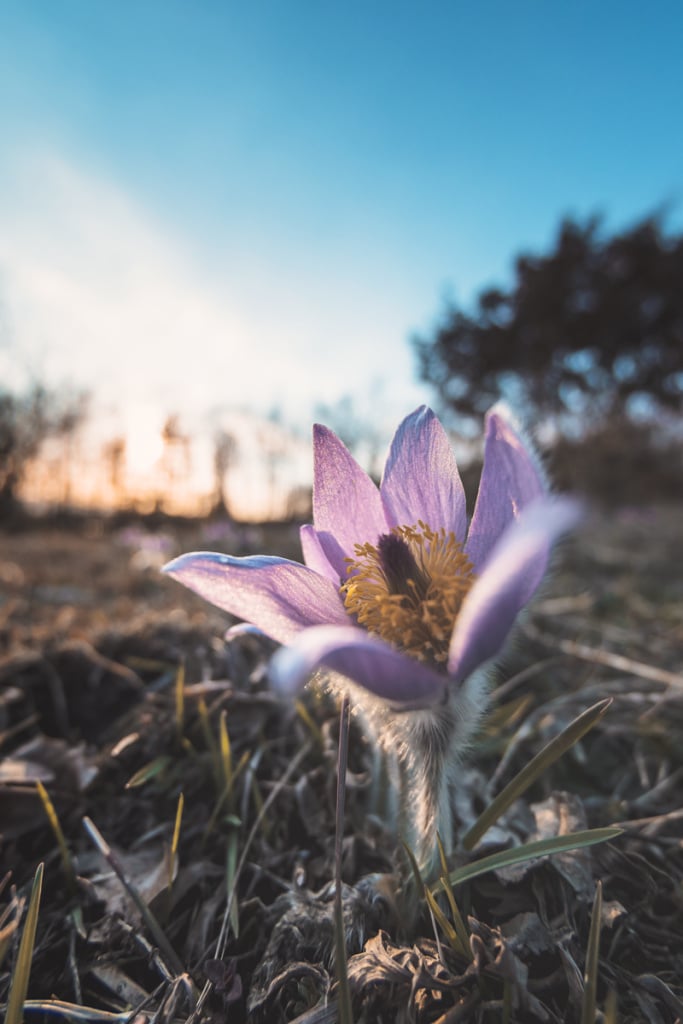 The pasqueflower’s leaves have gotten in the way of coming in even closer. On the other hand, getting up this close is the best way of showing how much distortion the lens produces. But this significant distortion can be removed fairly easily in ZPS X.

The pasqueflowers’ leaves, which I bumped into with the front lens, got in the way of my reaching the absolute minimum distance. At that point I sighed a bit, as a macro photographer, at the lack of the option to place a Reynox DCR-250 conversion lens on this lens. If I could mount one, I’d also be able to use it for photographing insects.

The sharpness of this lens was another surprise. It’s good throughout the entire frame at aperture numbers as low as f/2.8. But it doesn’t become literally perfect until f/5.6, where the sun took on a mild star shape due to the circular seven-blade aperture. From f/8 onward, the sharpness is still very good; the lens only starts losing detail at f/16, with this loss becoming very strong at f/22.

I wrapped up by testing this lens during star photography. Here the short focal length let me use longer exposure times and get a larger part of the sky into the frame. Unfortunately, the full moon got in the way of photographing the Milky Way. All the same, I was surprised by how the stars retained their relatively “round” shapes even at the edges of the picture; however, that only applied until I used distortion correction in the Editor in ZPS X; correction swiftly stretched them out, as you can see in the detail of the top left corner. 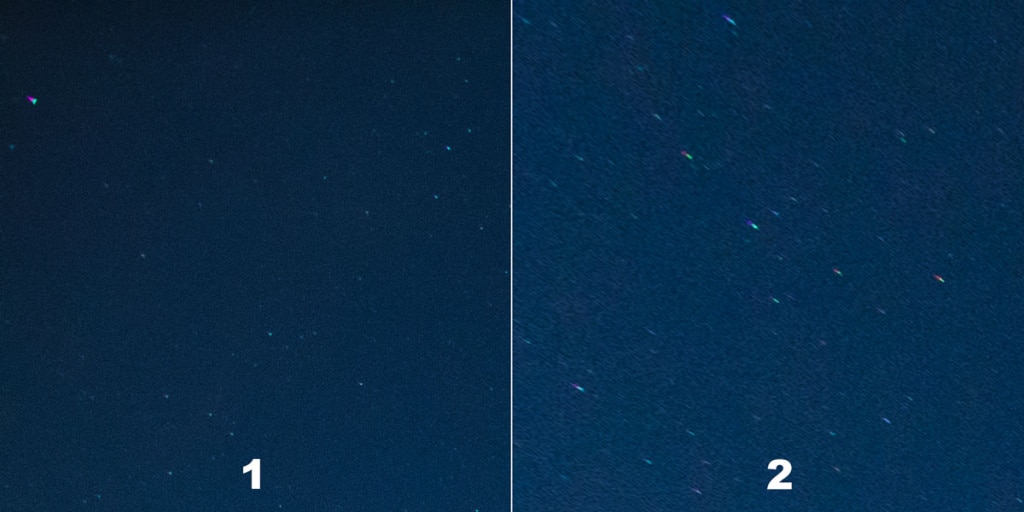 The Nikon 10.5mm f/2.8 Fisheye is definitely not a cheap acquisition. But I do have to say that the quality matches the price, and if you’re seeking a fisheye lens for your Nikon DX camera, you really can’t go wrong with this one.

– inability to use screw-on filters

– focusing only with cameras equipped with a focusing motor