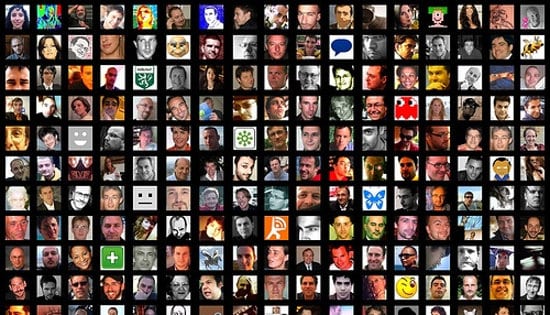 Photo based social media channels like Tumblr and Instagram are just two examples of how pictures are quickly becoming the tool of choice for communicating. The days of the long blog posts filled with paragraphs and paragraphs of text are numbered.

Back to the past

I fondly remember the days when e-mail was all the rave. I remember sitting in from of my Sun Workstation back in my engineering days in Piscataway, New Jersey just being amazed at the ability to send and receive email to someone halfway around the world. Then I was introduced to newsgroups where people like me who were in the science and engineering fields would engage in all types of debates on current events.

Then there was the ability to download audio clips. I think my first audio download was a clip from the Three Stooges where Curly did his famous “Whoop-Whoop-Whoop-Whoop-Whoop” expression. I was so amazed over the fact that I could download audio that I set that Curly sound as the sound for my incoming e-mail. And boy did I get a lot of e-mail (maybe that is why he decided to take an early retirement… hmmm)!

E-mail, newsgroups and chat (IRC–Internet Relay Chat) gave way to the ability to transmit pictures across the net in a much wider scale and the eyes of every techno-futurist really became open to the possibilities. We were on the dawn of a new and instant way of communicating.

No longer did we have to buy that 32 cents stamp to send a couple of pictures of the kids to grandma. Pictures could be scanned and attached to emails to her with ease. Pretty soon, camera manufacturers saw that value of electronic communication causing yet another industry to jettison us into what was once called “the space age”.

Now the reason why I took you through all of that history is because at the end of the day, social media is nothing more than a form of communication. I found this quote from author and humorist Mark Twain regarding the invention of the telephone amusing:

“If Bell had invented a muffler or gag, he would have done a real service. Here we have been hollering ‘Shut up’ to our neighbors for centuries, and now you fellows come along and seek to complicate matters.”

Photo based social media channels like Tumblr and Instagram are just two examples of how pictures are quickly becoming the tool of choice for communicating. The days of the long blog posts filled with paragraphs and paragraphs of text are numbered.

I truly believe that just as writing in cursive has gone the way of the do do bird, standard text is making its way to the plank. 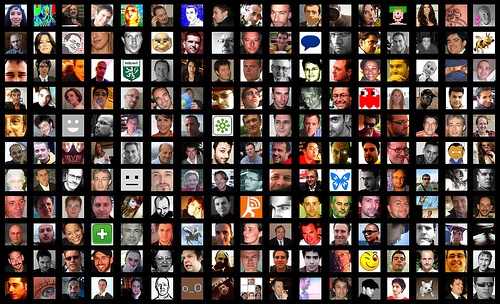 One of the biggest mistakes I have seen photographers commit is using their social space in places like Facebook, MySpace (about outta here), and even the blogosphere as a place to simply showcase their work.

“Uhh, isn’t that what we are supposed to do?”

Think about it for a minute. You set up a fan page on Facebook for your photography business and you tell friends about it. You get a bunch of “likes” from your friends and maybe a few comments. That’s nice. But are you really generating discussion or just a bunch of “atta-boys“?

Every conversation has a theme

Think about it. That radio talk show host you listened to on the way to work was following a theme in his conversation with his guests or callers. That phone call you just had about an hour ago followed a theme (what’s for lunch, plans for the upcoming party, fishing trip, etc.). Most of our conversations are not erratic, but follow a certain theme.

One way of generating discussion in your social media channels is picking a theme. Bike rides, picnics, and birthdays can all be considered themes. But oftentimes we may not pay too much attention to settings when taking pictures during those events. Think of a theme that will challenge your photography skills. Street photography is a great example. Lunch time in the park, weather, people at work are also great themes that are sure to generate conversation (This photographer chose a theme that centered around before and after shots of joggers). But a theme is something that will both help us to focus on the shot and to tell a story at the same time. They can be both fun and serious. While you are “conversing” through your pictures, you will also be showcasing your photo skills.

All three of these pictures came from a theme I shot on the church. It generated some interesting discussion on Facebook.

Twitter is FILLED with photographers who use their account to showcase some of their work from their webpage. Again, you have to make your photos part of the conversation. Posting links to some of your best work alone isn’t always enough to create any kind of real buzz. There is a huge chance that your next photo client isn’t going to find you in Twitter using just that approach. Think of some kind of theme and feed it to your followers one picture at a time throughout the day or week. This can be both engaging and have your followers looking for more.

Giving people a reason to notice you online

This is why I have told people for years that setting up a webpage isn’t enough. You have to give people who are constantly searching the web a reason to come to your page.

Have you ever just typed in the word “photography” in Google? Chances are, your website did not show up at all. But let’s say someone wanted to do a search on “downtown Fort Worth, TX”? You have just greatly increased your chances of being found. Limiting yourself to just “photography” and you have only increased your chances of being buried under pages and pages of search results.

As a photographer in this social media age you have to realize that while skill is important, being relevant is a great way of getting noticed online. And once you are noticed, you can lead people to your other work (portraits, weddings, etc.).

So just remember, social media is nothing more than conversation. And as I talked about earlier, we have been conversing well before the days of the Internet. Today, we just have more ways that we can communicate. As a photographer who wishes to use social media to promote your work, you have to figure out how to make your photos part of the conversation and not just a side item.

The Filter Brush: Get Perfect Control Over Every Part of Your Photo