What do you do if you’ve brought back beautiful photographic memories from your vacation, but they don’t look at all as lively and colorful on your computer as you remember them? If you need to add some shine to washed-out photos, try these four easy techniques for enlivening colors that are too pale.

There’s more than one way to add a touch of life to a photo, and each picture demands a slightly different approach. For illustration we’ll be looking at four different touch-up workflows used on four different pictures. But don’t take these workflows as dogma. Adjust them to suit your own needs and your own pictures. It often only takes a few simple, common-sense steps to spice up a dull picture.

Before we look at the edits themselves, I’d like to emphasize that it pays to shoot to RAW. Don’t be disappointed if your RAWs don’t immediately look perfect, however. Depending on what software you process them in, pictures in the RAW format can often start out showing very different colors on your computer that you’d see for JPEGs from the same camera, and they even can look more washed-out. That’s because the raw data in the RAW is pre-processed into the in-camera JPEG by the camera electronics, using algorithms that only the camera-maker knows. In short, RAW files remain “raw” and non-final until some software—like the camera software or a program such as Zoner Photo Studio—processes them. But meanwhile, they also contain much more information. Thanks to this, they make editing easier and let you make bigger edits. You can read more about this in our article on why RAW files sometimes have different starting colors than JPEG files).

Because I shoot to RAW, I work in the Develop section of Zoner Photo Studio. But most of the tools mentioned here are also available in the Editor.

>> Try Zoner Photo Studio and liven up your photos.

The first of our example photos is dark and dull. Even the histogram makes it clear that this picture lacks light. So I’ll add some light using the Exposure slider. The histogram is a very handy thing to know how to read—it enables you to quickly evaluate both a picture’s exposure overall, and its light and dark parts specifically.

But even after my Exposure edits, the picture is still washed-out. So I’ll help myself out by raising the Contrast. But Contrast needs to be used with caution—notice how strange it can make a photo look if you move the slider out to the edge values.

In the Color section, I raise the Vibrance to get fuller colors. Even though the picture is now noticeably more vibrant, it still feels a little “unfriendly.” It kind of reminds you of a rainy afternoon.

To fill in some atmosphere, I reach for a color-temperature edit. There are a few options here for how to set up white balance, including an eyedropper you can use to indicate the true white color, and a color slider. I go for the slider, and I push it over to the yellow part. At the end of an edit like this, you may want do some slight touching-up, add Vibrance, and fine-tune some details. But the main part of my editing work is now done—now this picture feels lively and welcoming and shows off the different colors inside itself. 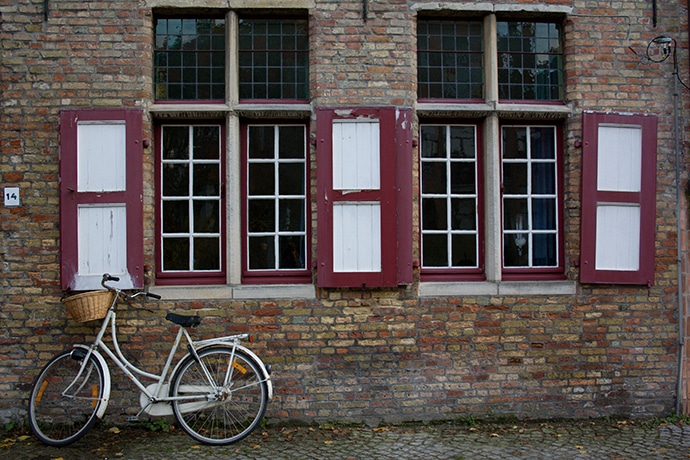 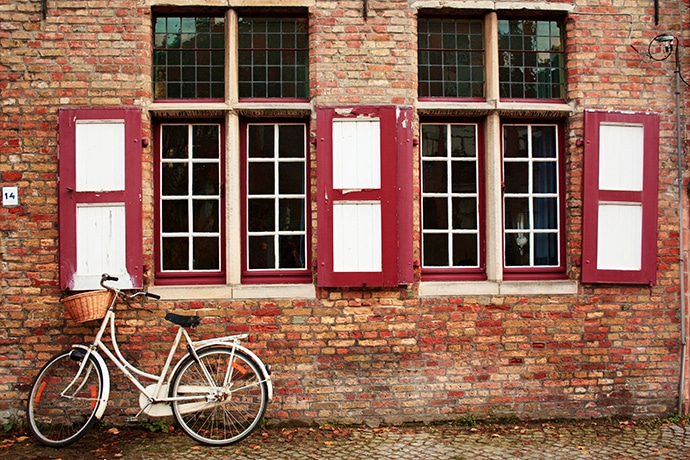 2. Work with lights, shadows, and the tone curve

For the following photo I’ll go a little bit further. This picture, taken in the evening twilight, visibly lacks light in some parts. The clouds, which should look white and a little pink, look gray instead.

So I’ll start once again with edits to exposure and contrast. To keep the sky from being too bright and losing its saturation, I’ll draw down the Lights. I’ll also draw up the White Point, so that the clouds can keep their light pearly color. This picture is practically begging me to draw attention to the church silhouette on the horizon, so I’ll also slightly darken the shadows.

At this point all that is left to do is to pump up the contrast. It looks like just moving sliders is not going to do the trick. The simple and effective way is to play with the Tone Curve (Shift+C). You can place any points you want on this curve and then move them around freely to darken or lighten certain tones. By drawing the curve upwards you brighten the picture, and by drawing it downwards, you darken the picture. These changes always affect a certain part of the histogram—the further left you on the curve, the darker the part.

I lift up the whites, add some darkness to the shadows, and last but not least I “crop” the shadows for a more matte look with less shadow detail. Pay attention here to how just a small shift to the curve can strongly change both contrast and colors. The matte black also helps the silhouette on the horizon to stand out more. 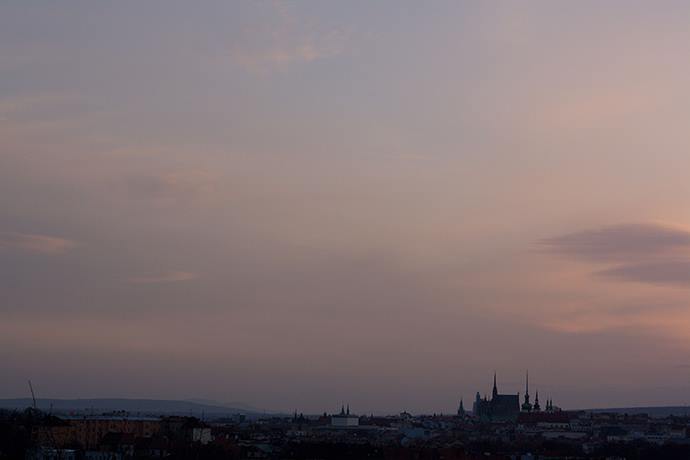 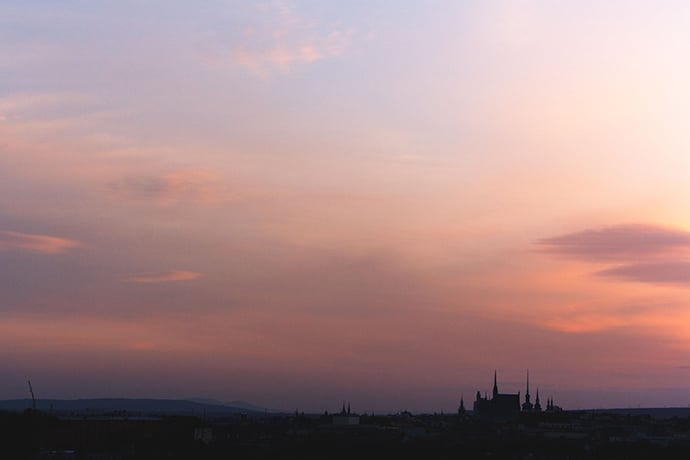 3. Selective work with a specific color

You can give pictures a livelier look using more than just edits to contrast, exposure, or overall color temperature. Sometimes you may want to alter just the places that have one specific color.

In the following picture, I’ll once again start by raising Exposure and Contrast. There’s not much I can do with the Contrast here, because with just a little push upwards, the light areas would suffer from blowout. Even though the brightness of the lights isn’t currently a problem on its own, it does make structure of the road hard to see, so I’ll draw them down anyway.

In the Color group, I visit the Color Shift controls. These controls have three “tabs”: Hue, Saturation, and Lightness. I don’t need to change the Hue, but Saturation and Lightness adjustments can help me out here.

I want to saturate the blue tones, and so I select some points corresponding to the color I want, and move them upwards. (I could also move the relevant slider rightward instead.) Meanwhile, I want to bring the brightness downwards, so I can highlight the sky against the sandy road. So I’ll work similarly to how I did just before—except in the opposite direction this time. Even though this is not a very large edit, it makes the photo significantly easier on the eyes. 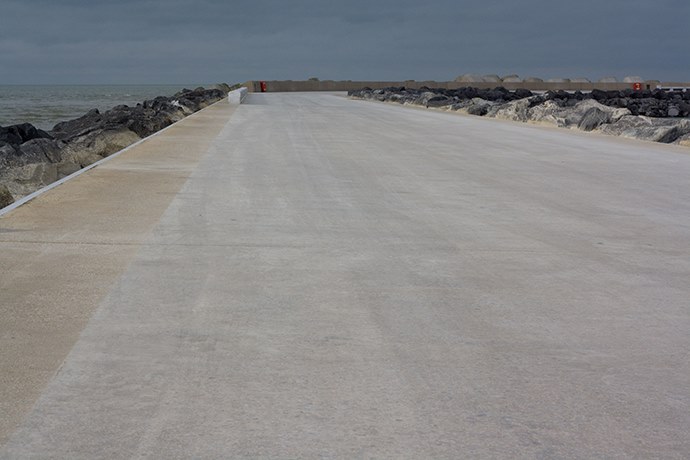 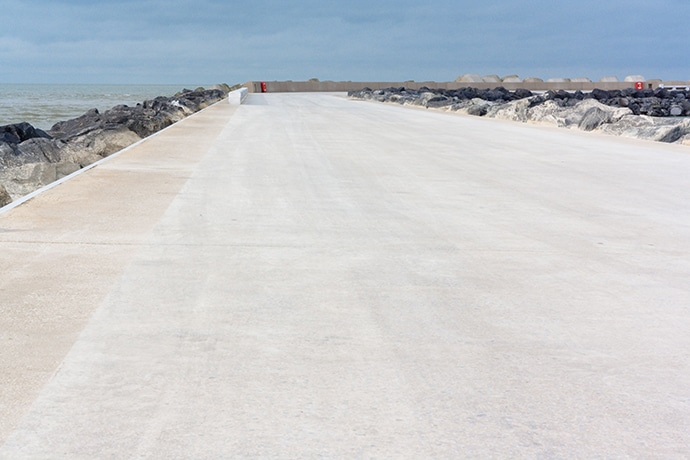 With one last picture, I’ll take a look at how to add life and colors to a picture using curves for individual color channels.

For this picture there’s no need to adjust the exposure per se. I’ll shift the lights a bit to the left, since the lawn feels a little too light. The same goes for the White Point; the white areas have an ugly “glow” in certain places in the original. Adding Vibrance or Saturation would make this photo feel unnatural, and without other edits it also still feels washed-out. The lawn has an unpleasant yellow tint, while the forest behind the houses needs more green.

But using the Tone Curve group, I can completely transform the picture’s colors. The drop-down channel picker here offers both the traditional RGB (all three channels together) and the individual Red, Green, and Blue channels. By adding points to individual curves and manipulating them, I can change the colors in the bright and dark parts of the picture.

>> For more about work with the curves for individual color channels, read our article on the unlimited edited possibilities opened up by work with Curves.

In my picture I’ll start with blue. For the dark parts of the picture, I move the points towards the yellows, and for the bright parts I move them towards the blues, to even out the unnatural yellowness of the lawn.

Then I move on to the red channel, where I push the dark parts of the picture even more towards green. As my last step here, I slightly pull down the whole center of the green curve. By doing this I remove the blue-green tint from the trees and let the brown and yellow-brown shine through in the colors of the lawn. 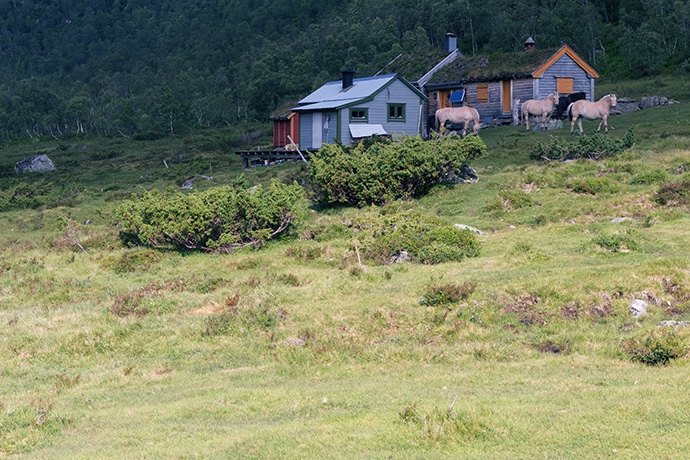 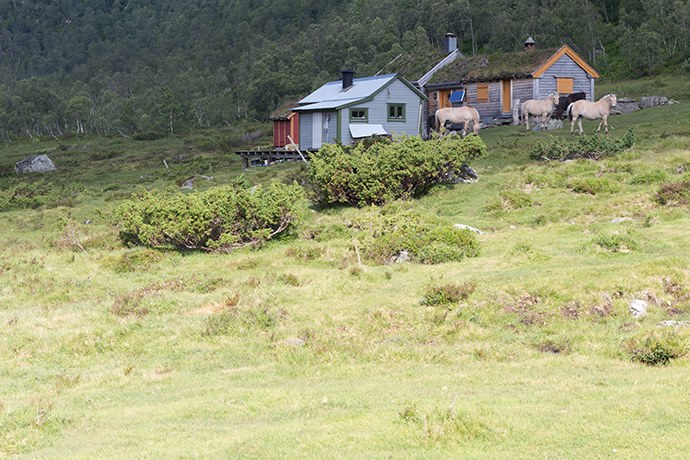 These four workflows are not the alpha and omega of bringing life to photos. As I mentioned at the start, for different kinds of photos, the series of edits could look completely different. Don’t be afraid to experiment and see what you can get done during different kinds of edits. And if one picture or another really turns out well, don’t hesitate to share it.

Got some washed-out photos in your archive? Download Zoner Photo Studio try it free for 30 days, and see how you can make improvements like these to your own pictures too.