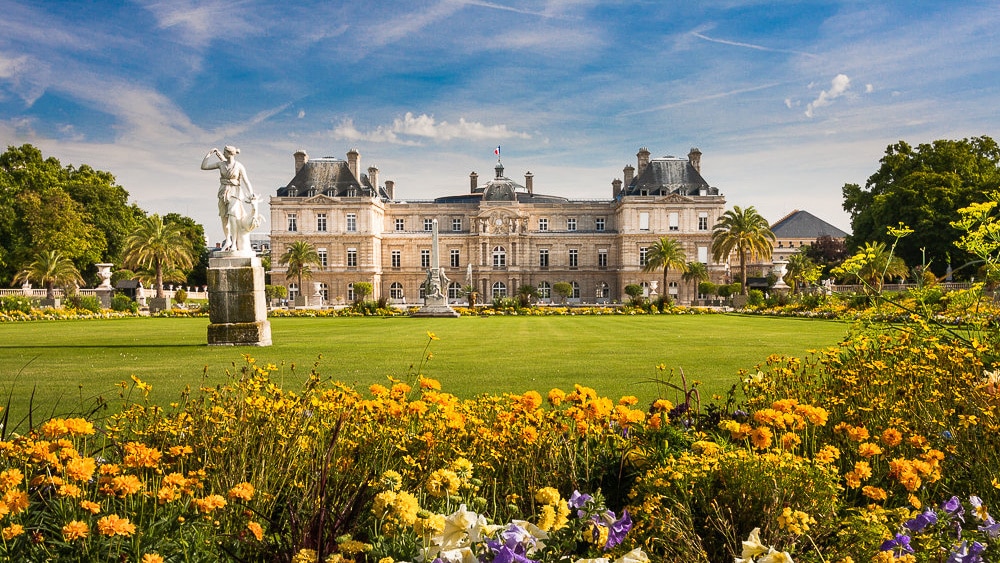 Castles and palaces are popular destinations for photographers and tourists alike. Europe offers an abundance of castles to choose from. There may also be historical buildings in your own neighborhood that you’ve walked by for years without a second thought. Read our tips on castle photography and perhaps you’ll get some new inspiration for these old and familiar buildings too.

Castle photography is in some ways similar to the photography of churches and temples which we covered in the previous article of this series on architecture photography. My goal is to highlight typical features of castles, though almost all the same concepts from church photography apply here too. For instance, common issues like correcting converging lines. I’m not going to repeat these tips, but instead, I will jump right into what makes castle photography unique.

Unlike churches, which are usually part of a town, castles and other royal buildings can be found in various settings: from the city center to hard-to-reach hilltops.

As for castles found in cities, they usually tower over neighboring rooftops and just like famous churches, it’s logical to photograph them in the context of the surrounding buildings. Their silhouette alone is distinctive, so don’t be afraid to make the castle a smaller part of the image and choose another nearby building for the foreground. For instance, compare the following two photographs. The first, a castle on a hill:

For the second photo, the entire hill is reduced to a fourth of the image, and the extra space is taken up by the wooden walkway:

Both pictures are usable, but in the second one, the viewer has a longer time to look and observe before noticing the castle. Nevertheless, the castle is still distinguishable in the image. However, the castle’s size may almost be too small for viewing on a small phone.

Many castles in towns are built not only on hills but are often part of the surrounding buildings, forests, parks, or gardens.

Now, for comparison of what a shot from the same place can look like with the surrounding buildings left out. It gives the impression of the castle standing alone amid the Alpine peaks:

We don’t have to travel far for more castle photography examples. The following photo of a castle surrounded only by nature can be taken on virtually any street in Vranov nad Dyjí in the Czech Republic:

Castles are usually surrounded by landscaped grounds which again provide plenty of photo opportunities. Some castle gardens are famous, but even smaller castle gardens have plenty of little details and hidden corners perfect for photography. If the flowers happen to be in bloom, you get lots of bonus colors to brighten up the architecture.

It’s up to you whether you use the gardens to add to the castle or emphasize a small building with the castle in the background (or completely on its own).

Details in the castle grounds

Even relatively small things can be of interest in the castle grounds. Since they tend to be large, with a bit of patience, you can create a series – flowers, windows, paths, or as in this case, sculptures of animals climbing over faces:

For very patient photographers, a series like this can stretch across several castles and give you plenty of interesting material to work with. It’s up to your imagination what form the results will take.

In the images above, I also tried to keep the following idea in mind: Not only are the statues shot similarly, but each statue is slightly “turned.” – I was hoping when putting the images together that it would result in an interesting effect, but it didn’t quite turn out. With a bit of effort, the series could be improved by adding smooth transitions and retouching in ZPS X. I evidently didn’t have the patience but give me some time – I’ve only had these photos for 11 years.

Reflections in the water

Castles and ponds are seen in castles more often than not and these places hold great photographic potential. If it’s not too windy and there aren’t ripples in the water, and the fountain isn’t turned on, you can easily get photos of the castle with its reflection in the water.

The size of the reservoir itself doesn’t matter. The one in Chvalkovice is quite large with a diameter of about 60 meters, but you can get just as good of a shot in Valtice with its 7-meter-wide fountain.

The key is to be low to the surface where the reflection is most pronounced. The higher you go, the more the bottom of the water starts to show. It also depends on the specific lighting conditions.

I’ve avoided taking photos with other people because the shots seem cleaner without them. Sometimes it is impossible to avoid photographing the castle without tourists. Their presence in the photograph can add a human element to the shot or be used as a scale for the castle.

The couple walking through the Ajloun Castle in Jordan adds an element of interest to the shot, which would have been a bit dull otherwise.

Views from the castle

Part of this article is devoted to castles on the hilltops which leads us to our next topic. If you venture inside these castles or even climb their tower, you’re in for a treat: A beautiful view of the entire surrounding areas. The already mentioned Vranov nad Dyjí Castle can be seen from practically anywhere, so you have a view of anywhere in the town below once inside it.

The same applies to castle ruins and buildings on hilltops outside of the city center. These often contain beautiful views of the surrounding countryside. From the castle atop the Palava hills, the Nové Mlýny reservoir, field, and vineyards stretch to the horizon.

How to Photograph Historic Churches and Temples