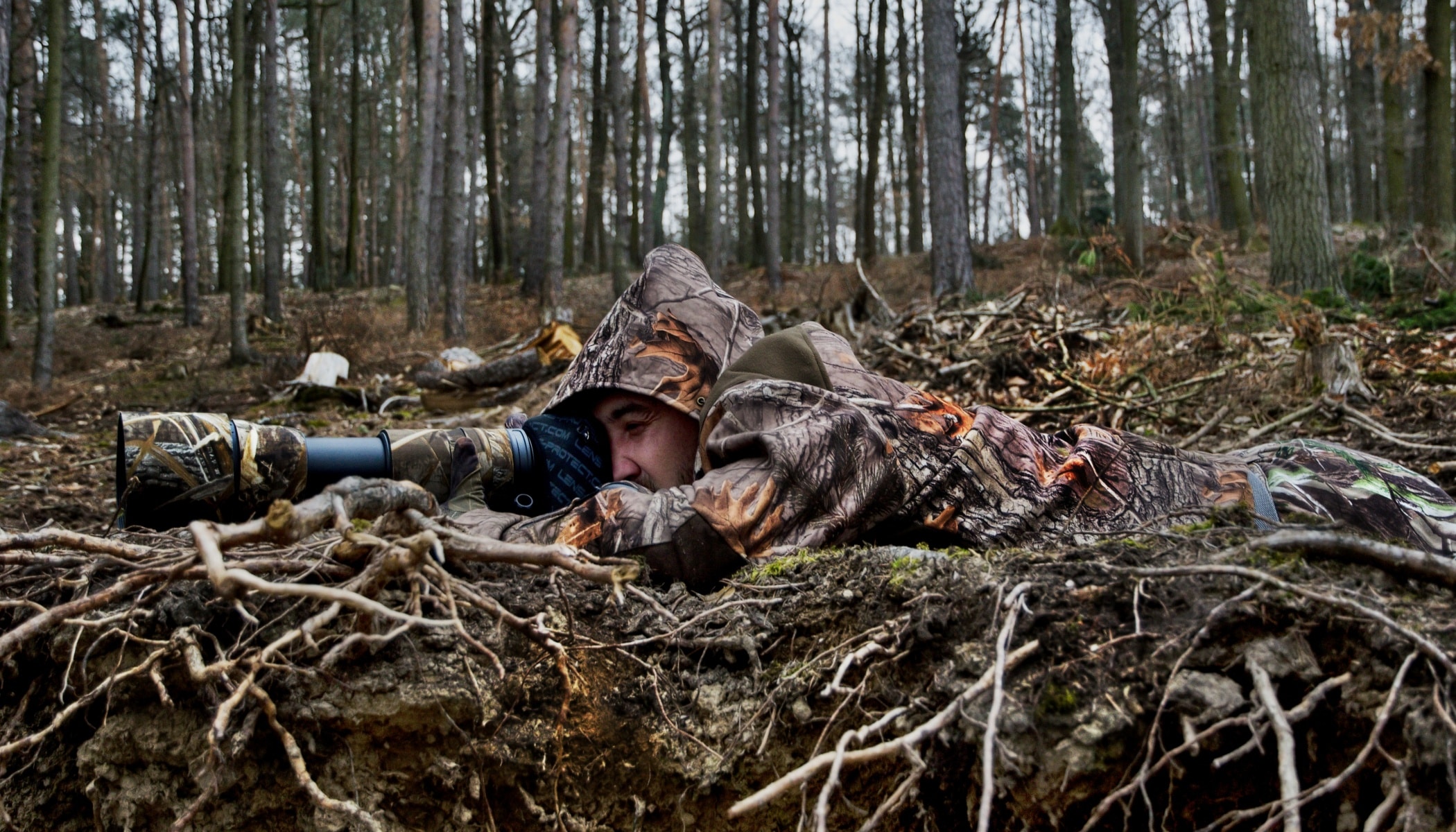 When he’s not on a mountain climbing expedition or tracking wildlife in their natural habitat, you’ll find him “hunting” for the right shot in the forest. Adam Simandel dedicates himself to a relatively nontraditional genre of photography – hunting photography. As he himself admits, he’s almost always one misstep away from danger. Despite that, he surprisingly compares hunting photography to wedding photography. Take a look at his intriguing images and allow yourself to be pulled into his story. Whether you call Adam adventurous or just plain crazy, one thing is for sure – there’s no place for boredom in his life.

Adam, on your blog and Instagram, you call yourself a hunter photographer. What does this mean?

I see hunting photography as a genre that is based on the concepts of hunting cynology, that is the training, trials, and competitions with dogs. It also includes an individual or group hunt and finally, sport hunting. Unfortunately, you don’t hear much about sport hunting these days. It includes conservation efforts for nature and animals, as well as education. Everyone has their own approach to each of these subcategories, but they share one common denominator – an emphasis on safety.

How did you discover such a nontraditional genre of photography?

I come from a family of hunters but I honestly don’t know when the turning point was. There just came a moment when I realized during the hunt that no one was taking pictures. At that time, I didn’t have a camera with me and the idea slipped my mind. After taking a new job as a land surveyor in Brno, I purchased a small Olympus point-and-shoot camera. I sometimes took a few pictures with it while working in the field. Then, I got the push when I was published in an academic magazine for the first time. Because of ultrazoom and some initial critiques, and later regional successes, I upgraded to a DSLR and my new phase of learning began. That was when I first came in contact with Zoner Photo Studio editing software. So far, I’d had successes overseas, but I still hadn’t photographed sport hunting itself. 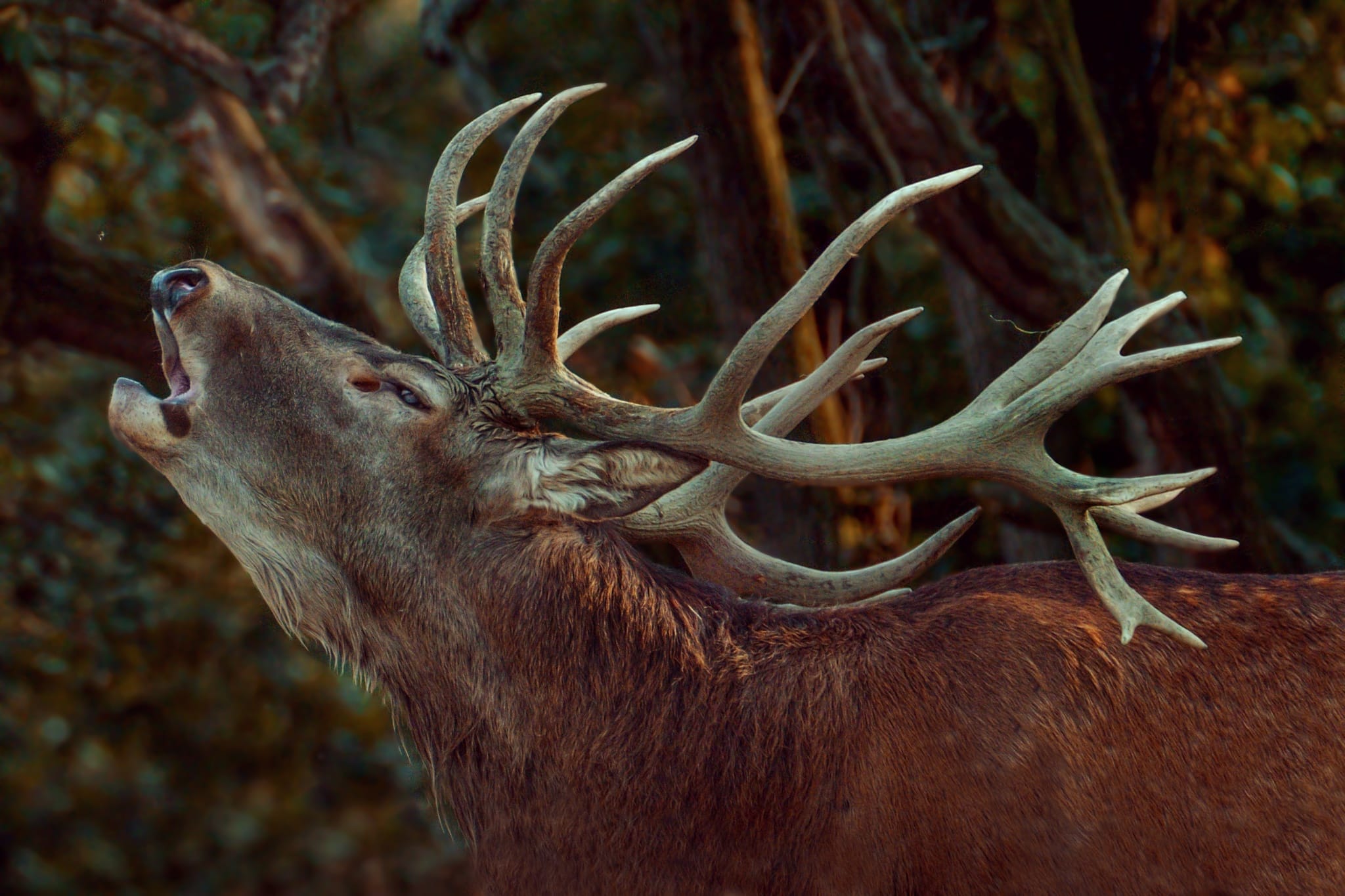 This begs the question, when did the turning point take place?

About five years ago, when I got a new camera. Around this time, I had some of my first successes and collaborations in hunting, and hunting photography itself was evolving. Today, I present Czech and Slovak sport hunting to the general public around the world and I try to create a positive connection for those that don’t know about it, but are open to learning new things. However, I’m not always successful.

You mentioned using Zoner Photo Studio. What functions are essential when editing? Is there something specific to hunting photography in post-production?

Since the hunting season is from September to January, there’s a bit of a problem with ensuring there’s enough light, particularly when the weather is damp and cold, or when we are hunting in the forest. For this reason, my most basic editing involves exposure, lights, and shadows. This is a great starting off point for my editing and gives me the chance to analyze what more there is to be done. Every photographer has a different vision, a different viewpoint. There’s no specific procedure to follow for post-production when it comes to hunting photography.

Hunting photography is quite action-packed. What is the key to success in the images you capture?

Without a doubt patience. The willingness to withstand a large amount of rejection, and an unbelievable amount of luck. Of course, you must have an abundance of information and the courage to leave your comfort zone. When I think about hunting photography at its core, I paradoxically imagine a wedding photographer and find the comparison quite fitting. With both, there are moments that don’t repeat themselves and there is not a chance to retake them. In hunting photography, you constantly have to be looking around, always alert. Not only because of the shot, but also because of your own safety. 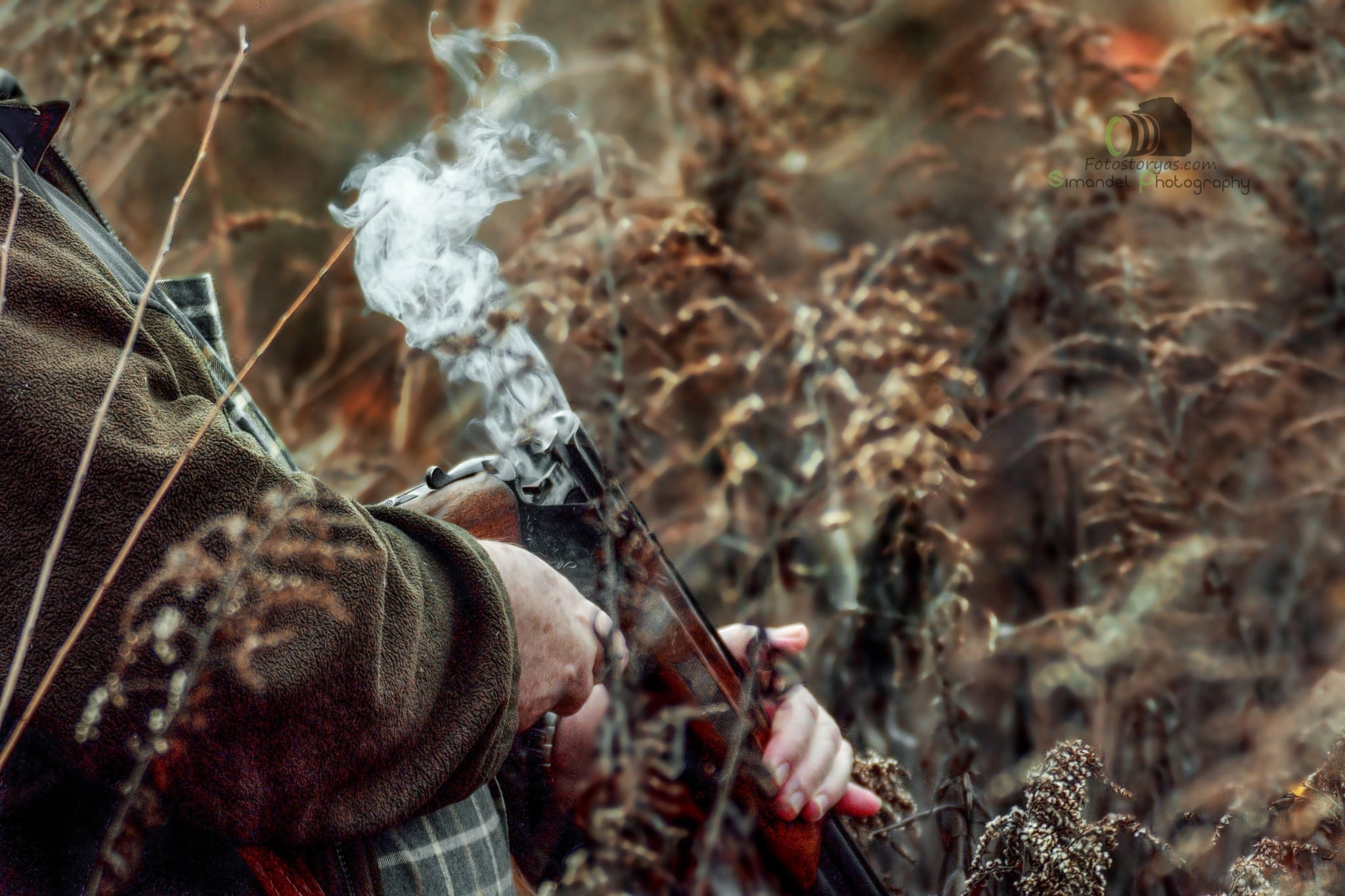 Your photography has brought you on various expeditions, including to Kyrgyzstan. What does an expedition of this type look like?

The expedition looks the same as if I were a hunter myself. Specifically, in Kyrgyzstan, the only thing I was missing was the weapon. I did everything with hunters and documented basically the whole expedition from camping to animal tracking and hunting. Kyrgyzstan was more challenging in that we travelled by horse on mountain switchbacks at an elevation of 3500m above sea level. So, getting down from the horse and moving quickly was extremely difficult. On another trip to America, while animal tracking, we fought with unforgiving terrain. Essentially, instead of carrying a weapon, I carried my camera backpack, instead of binoculars, my camera. Otherwise my equipment was identical: knife, headlamp, gloves…I personally use a mobile phone and GPS on such trips, which proved indispensable when I was lost in the Swiss Alps.

You’ve mentioned safety several times. Have you ever gotten yourself into a very dangerous situation in the field?

That depends on your point of view. Harsh terrain, a clash between animals, a stray or ricocheted shot can be considered dangerous. The hunter photographer is always one misstep away from danger. A time I personally consider dangerous was when I was just a few seconds from meeting my end during a close encounter with a black bear in the American wilderness.

In the middle of the night, around midnight, we heard a sound. Until that moment, I had never seen or even heard a bear before in my life. Somehow, I knew what was happening. My rifle was leaned against a tree and I probably wouldn’t have been able to run to it. I kept moving to the center of the tent as he walked around the outside in case he scratched through the tent and I wouldn’t be on the receiving end of his claws. I pulled my knife in its sheath from my pant leg and waited.

Black bears are well known for not being tricked by playing dead, unlike other bear types. If you play dead, the black bear will just start eating you. Luckily, this one was just curious, which is probably what saved me. In the morning, I came out of my tent and wondered if it was only a bad dream due to exhaustion. Unfortunately, it wasn’t. The footprints I saw in the snow confirmed what had happened. So, for the next several nights, I was unable to sleep. After three sleepless nights, I finally fell asleep. If the bear came back to eat me, I would have slept through it.

But as we say, “He who is afraid mustn’t go in the forest” (“If you can’t stand the heat, get out of the kitchen.”) So, in these types of situations the only thought running through my head is: “If I survive this, it’ll make one heck of a story!” 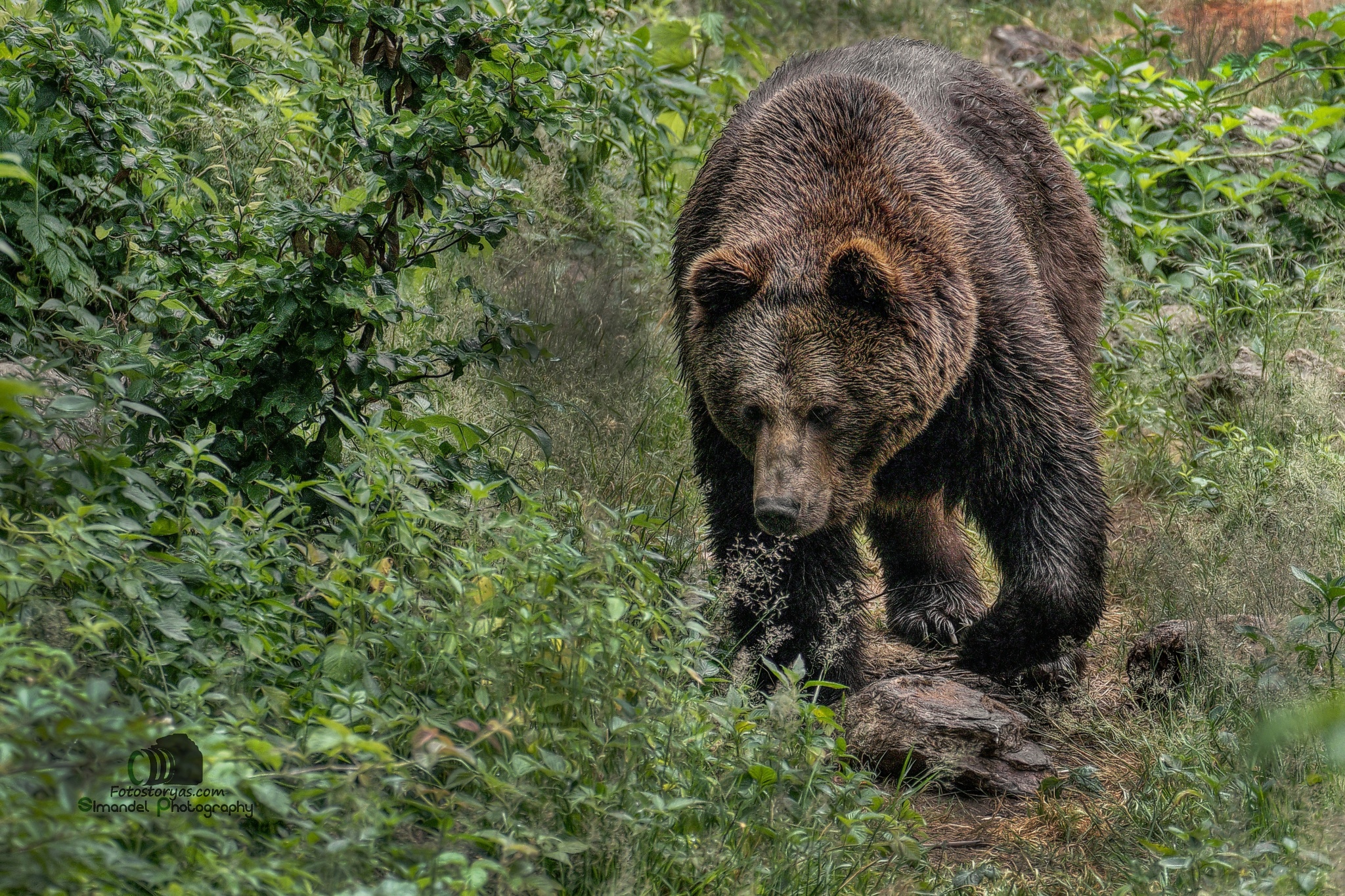 In your blog, you write that photography is not only your work, but also a lifestyle. Did you have to sacrifice something for your career as a hunter photographer?

I guess I wouldn’t call it sacrifice when you’re doing what you love and you see a sense of purpose in it. When I’m in the middle of photographing and especially when on an expedition, then I perhaps sacrifice a bit of comfort, but I don’t consider that a complete sacrifice. In the end, I am there of my own free will and I always have the right to say no.

What do you consider basic equipment for heading out into the field?

Whatever fits into my backpack. That usually includes a camera with a long lens, a camera with a short lens, lenses ranging from 16 to 300mm, battery packs, memory cards, non-slip gloves, neck warmer, lighter, power bank, chargers, headlamp, notepad, headphones, poncho, and a bolo tie – that’s what hunters wear to adorn their shirts. I don’t use tripods or monopods; they take up too much time. 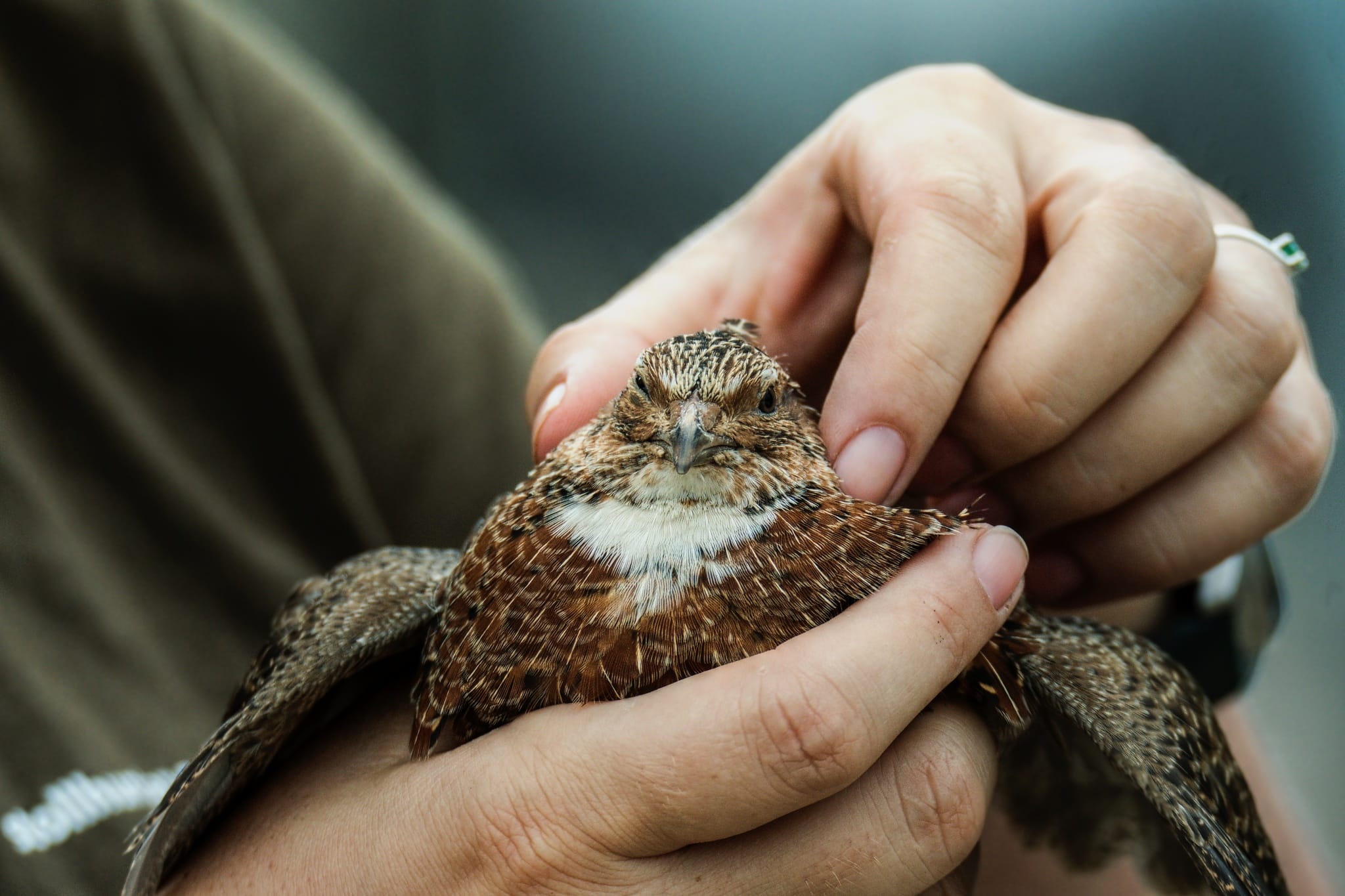 You’ve been in charge of the Workshop Dog (Wo-Do for short) project for several years, which on your blog you describe as a photography-training seminar.  What does this entail?

It caters to the interests of various groups. For one, hunting cynology, photography, and last but not least, education. More than anything, it’s about the safety of the photographer when hunting and the safety of the dog handlers. We also have a photography club which includes various seminars about cynology or sport hunting.

Finally, its purpose is to connect these groups to one another. It doesn’t matter to me if someone comes with a point-and-shoot camera.  The big idea of Wo-Do is to share experiences, not teach others to photograph like I do. 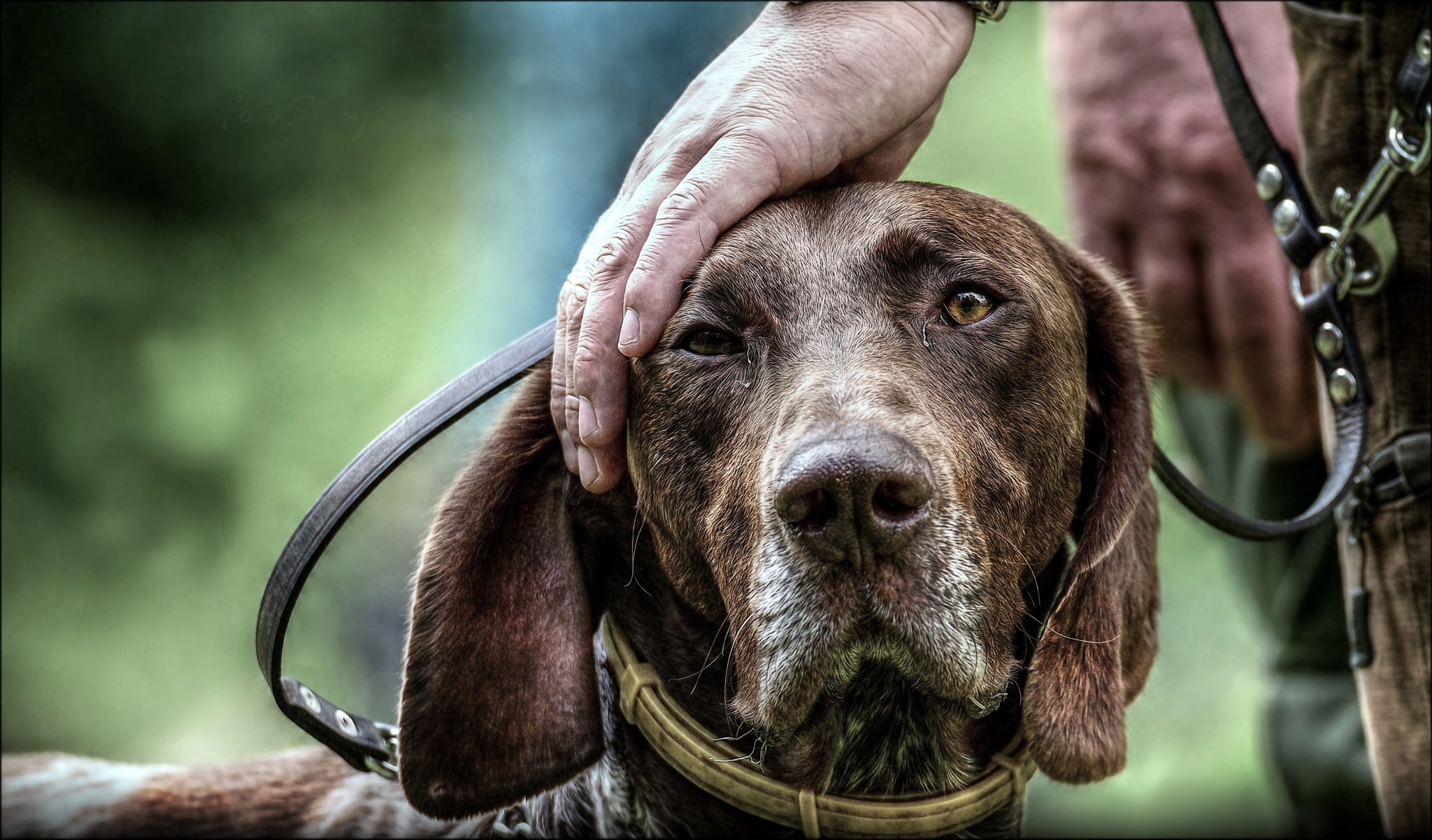 Your photographs regularly appear in the media and various publications, you’ve even had an exhibit of your work. What do you consider to be your greatest success to date?

That’s a difficult question. You were probably expecting me to start outlining the names of specific photographs. Yes, I was able to place quite well in several international photo competitions. But I probably consider experiences to be my greatest successes that I was fortunate to have thanks to invitations from people who follow my work. They are the small pieces that work to make up a bigger whole. When people are genuinely interested in your work and wonder what you’ll come up with tomorrow, or the day after that…

One last question: If you could photograph any animal anywhere in the world, where would you go?

There are so many places to explore and every hunt, every expedition is very different. Memorable and unique. Well, I haven’t been to New Zealand, Australia, or Africa. I planned to go to Russia, but unfortunately, Covid had different plans. And animals…well, after I’ve photographed one of those cliché images of a grizzly bear in a waterfall hunting salmon, I’ll probably go cage-diving with sharks. Or, more realistically, photograph a few surfacing sharks from the safety of a boat.

I love writing, and even more, I love speaking, especially with fascinating people. At Zoner, I have built upon my experience as a journalist and am currently responsible for PR and our Zoner ambassadors. In this manner, I am able to explore the world of photography while at the same time snapping increasingly more photos on my trusty mirrorless camera.

Not a Video, Not a Photo. What’s a Cinemagraph, and How Can You Make One?

[Infographic] How to Make a Panorama