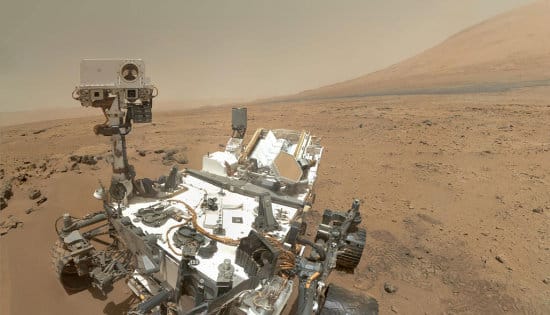 Curiosity—a robotic vehicle—landed on the surface of Mars at the beginning of last August. That means it won’t be long until the first anniversary of its arrival on the red planet. Since it landed, it’s been collecting a variety of data, including pictures. Let’s take a look at some of Curiosity’s first pictures from Mars.

The Curiosity rover has three types of cameras available (able to shoot in both black-and-white and color), and—importantly for tech fans like myself—it doesn’t just stuff the pictures in an archive somewhere.

On the contrary, NASA loves to show off their Mars photos, and even assembles panoramas from these photos, which it publishes on the Curiosity project’s website. One of the last such pictures is this self-portrait of the rover, taken at the end of last October:

However, the rover’s mission is not to take self-portraits. Here is a selection of the other pictures Curiosity took in its first quarter-year on Mars, courtesy of the NASA gallery:

A panoramic view of the rover’s location during the 59th Martian day. Photo: NASA/JPL-Caltech.

For more pictures like this, visit the web pages of Mars Science Laboratory.