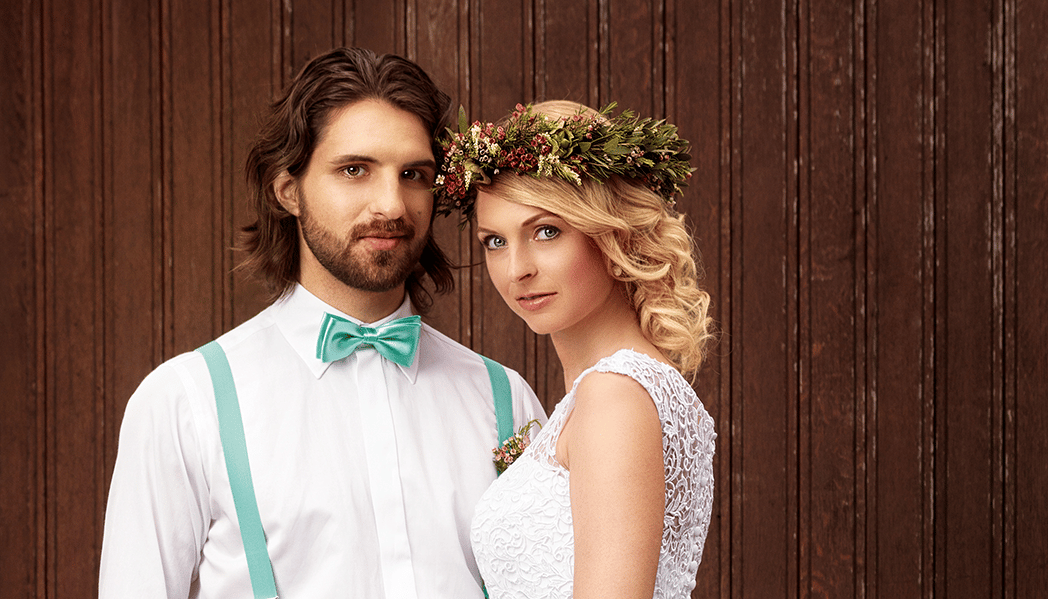 Even when you’re shooting portraits outdoors, you can still have your light under control. You just have to take advantage of combined light—that is, artificial plus natural light. It’s generally ideal if you can keep the two light sources in balance. It’s best of all if your audience can’t even tell that you used both types of light.

You’ll most often use artificial light in portraits to brighten face shadows. Direct sunlight works poorly for portraits, so that’s reason enough right there. The sun is a sharp light source that forms harsh shadows and forces your subject to squint.

The solution is to place the subject in a suitable position, e.g. with their back to the sun. The sun then works as an effect light that separates the subject from their background. You can also use a reflector to light your portrait; this reflects sunlight back at the subject.

Working with combined light can be as simple as just using a flash in a softbox instead of using a reflector. That gives you far more control over your main light source.

You’ll mostly encounter this style of photography, where the sun is at the model’s back, in morning and evening photos. Those are the times when natural light is highest in quality.

If you’re taking pictures during the day, you’ll need to place your subject in open shade or take your pictures under cloudy skies. The second of these two options, where the sun’s light is diffused by the clouds, is the simpler one.

You can position your subject anywhere you want in the scene. So you don’t have to adapt your composition to the sun. The diffuse sunlight will light the environment sufficiently, and then you can model your subject using a key light, in the form of a flash.

Even complete beginners will often run into combined light in photography—when they’re taking pictures indoors. That’s because if there’s some natural light, but not enough, a camera may automatically fire its flash.

However, when it does this, it generally uses exposure settings that leave the subject’s naturally-lighted surroundings underexposed. So in this kind of situation, it’s good to not rely on the camera’s electronics and set the exposure manually.

You can also, for example, set a longer time than what you’d normally need for a well-exposed background in a manual shot. Then set the intensity of the flash based on your creative goals. There may be a little motion blur in the final photo’s background, but this tends to be harmless in portraits; meanwhile, the subject will be receiving ideal lighting from the flash. They’ll also be perfectly sharp, because the flash will be fast enough to prevent motion blurring.

What Equipment to Use for Mixed-light Photography

For a primer on work with exposure settings when you’re shooting in natural light, see Portrait Lighting II: Master Portrait Photography Under Natural Light. Natural light has the properties that it has, and you have to adapt your exposure to them.

In Portrait Lighting III: Master Portrait Photography Under Artificial Light we discovered that flash photography is a whole different world than photography with natural light. You can use your own choice of exposure settings to meet your creative goals and then adapt your light to your settings.

When you’re shooting in combined light, you need to combine these two approaches. It’s actually fairly simple to do. Just keep in mind that each of the three exposure parameters affects a different aspect of the exposure.

Where To From Here?

There are several approaches to work with exposure settings that you can take here. But here’s the approach that’s worked best for me:

There are a few problems you can run into when you’re shooting this way:

Photography with a combination of natural and artificial light is a fairly advanced and complicated affair, and so many photographers prefer to just avoid it. But there’s no reason to avoid at least giving this technique a try. And it does give you much more control over your portraits.