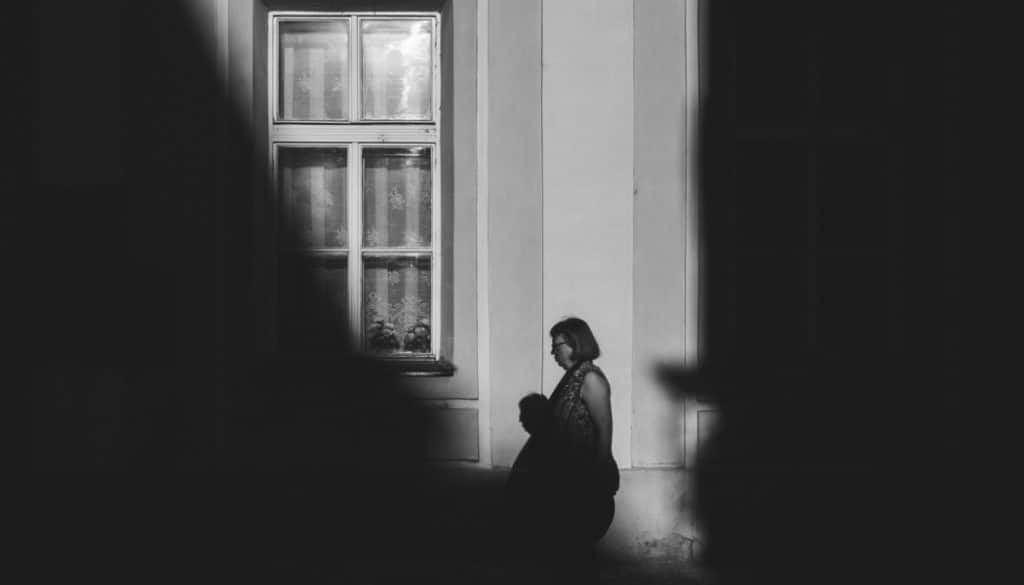 Street photography is my favorite genre. It’s dynamic and it’s full of surprises, once-in-a-lifetime moments, stories, and faces, as well as unexpected enchanting corners. It throws the cover off of day-to-day life and details that we normally overlook. And meanwhile you can do it practically anywhere. You just pick up a camera and head out into the street.

But taking a good-looking street photo is not quite as easy. Each day I carry around inside me all the moments that I simply missed, including several where I ended up taking shabby, uninteresting photos. In short, sometimes it just happens that you’re too slow or you don’t have the “right” shot angle. At first it can be pretty hard to just go and point a camera at someone. It’s always an intrusion into their privacy and their personal space to at least some degree, and a fear of bad reactions by the other people around is a classical barrier for both beginner and advanced street photographers. Even after two years of doing street photography, I still sometimes feel uncomfortable on the street.

To make sure that you enjoy your next trip out into the streets and come back with some great pictures on your card, I’ll share a few tips with you.

Leave Your Telephoto DSLR at Home

The most magical thing about street photography is that you can do it with practically any camera—even a compact or your phone’s camera. In fact, a small camera is an advantage on the street. It’s less conspicuous, you look a bit like a tourist with it, and the people around you aren’t as nervous. With a big DSLR, people will think you’re someone from a news team—a professional. They’ll avoid you, especially once you put your camera to your face, because they’ll immediately see you.

Not only are long lenses conspicuous, they’ll also make you look like a paparazzi out hunting for incriminating pictures of a pop singer. And to top it off, a telephoto lens only captures a small piece of a scene, while a wide lens puts your subject in context and frames the action. Lenses from 28 to 35 mm are ideal—but feel free to reach for a fixed fifty. Put it on a full frame and it almost corresponds to the human angle of vision, so you’ll also find it easy to compose with. On cameras with smaller chips, don’t forget to factor in the crop factor.

That means being constantly alert, but it also means more. It means knowing your camera so well that you can use it in a flash and half-blind. Action on the street can change in seconds. So knowing how to react, focus, and quickly set up everything you need is key. Shooting manually in this situation can add too much complication. So you should go for aperture or shutter priority instead—or for the mode traditionally called P (for Program). That mode is like Automatic, but smarter. You only set the ISO; the camera calculates the shutter/aperture ratio for you. The advantage is that if you don’t like the values it calculates, then you can shift them, and the ratio is recalculated automatically. So this setting gives you a lot of control.

The “decisive moment” is a myth. If you went and browsed the negatives of Henri Cartier Bresson—the epitome of the “decisive moment”—you’d find several photos in a row of the same scene. Bresson, too, always tried to photograph the same thing several times to make sure he had the best of all moments. There’s no reason to make things harder and wait for one exact correct millisecond. And then miss it. Continuous mode can give you these variants quickly and in one press. Then you just pick the variant where everything comes together best.

Be Patient and Think Ahead

Often you can run into a spot that would be great if only it had a few more people, or a few less. Or maybe the composition is ruined by a car starting off, or something temporarily blocking your view. There’s no reason to give up and leave right away. Hang around in the spot for a while; watch people’s motions and the changing conditions. Try to find another interesting view. Spend some time thinking about how you want to depict the site. Try to make an educated guess on where people will go and what they will do. And seek an opportunity.

When you’re taking pictures, try to keep in mind how a scene would look from a completely different perspective. Head to a place high up, or kneel to the ground with your camera. Try other points of view. This can often make a picture more dynamic and gripping.

Mirrors, polished windows, shop windows, puddles… these all can add a nice special touch to many photos. With reflections, you can create a doubled space, or some kind of parallel world. You can also photograph people without their even noticing.

Shadows can also have a lot of impact. People’s shadows in a picture give it a taste of abstraction. You can also frame your photos’ subjects using shadows from, for example, the surrounding buildings or trees.

A street photo doesn’t have to capture figures of people. I mean that in two ways. First, instead of full bodies, you can show arms or legs and their role in space. By showing just a part of a person, you can leave your audience to think up the rest for themselves. Stir up their imaginations.

My second meaning is: you don’t have to show people at all. The streets are full of dog-walkers and their dogs, stray cats, and pigeons and other birds all over. These are also part of the heart of the life on the street.

Opposites work well in street photography. Often they work out to be funny; at other times they can be a way to express things like the inequalities in today’s world or the differences among people. Try to use a picture to tell a little story and to place a little narrative within it.

Wear dark, indistinct clothing. Blend in with a crowd—ideally a crowd of snap-happy tourists. Walk calmly. Look like you’re photographing your surroundings “just because” (If, that is, you want to take pictures without other people noticing, instead of doing street portraits).

Would you like to be street-invisible too? Read our 10 tips on how to do it.

Don’t Worry What People Think of You

In the two years I’ve been doing street photography, I haven’t run into more than a few unpleasant looks. People generally go on about their business or just walk around you. Now, you can try to be as inconspicuous as possible and just be an observer of what’s happening, but even with this approach, sooner or later, you’ll be noticed. When that happens, you just smile, say hello, and thank your subject for making the picture possible. In the end this can end up turning into a nice chat. But in the opposite case—where you make someone angry—apologize and forget about it. Overcoming that feeling that you’re too shy and shameful for the street can be exceptionally hard—but you can be sure that in reality, people aren’t too obsessed with what other people are doing.

Street photography is one big game of moments. In the end there’s no better recipe than to just pick up your camera and head out. Don’t be afraid, and don’t shrink from taking pictures, even when fear and shyness are eating at you from behind. And keep your camera on you as much as you can—ideally nonstop.

How Do You Create a Photo Collage? Layers and the Create Module Will Help

7 Tips for Easier and Faster Work in the Editor