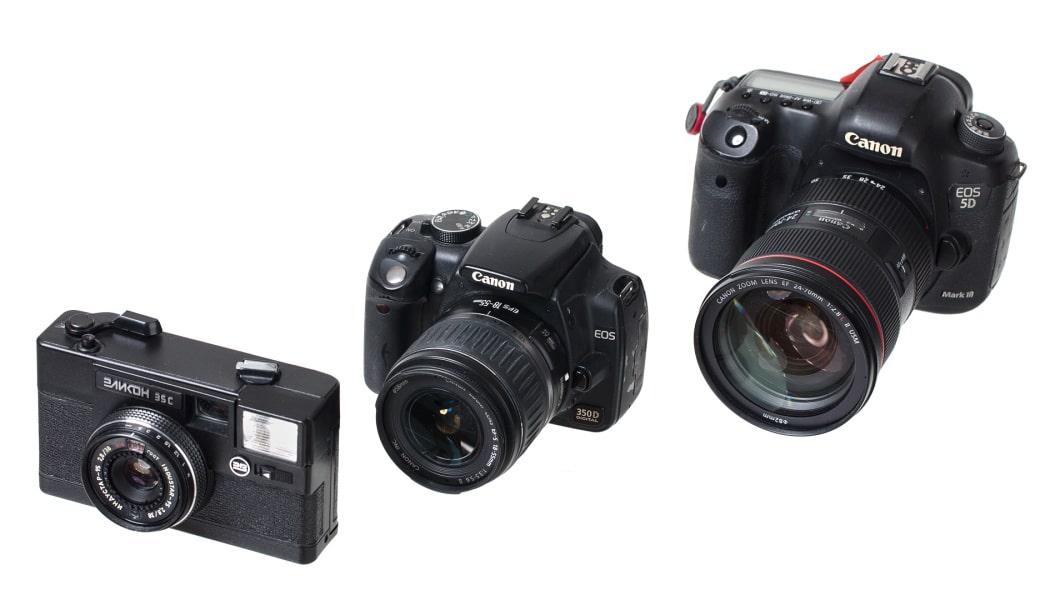 Photographic technology is evolving at an unbelievable speed, and it’s hard to resist the endless waves of new gadgets we’re subjected to each day. But when is really the right time to make that investment into better equipment?

Very few of us can just go and buy the best new version of the piece of equipment we need. That’s why it’s important to keep a few basic factors in mind to ensure that your equipment upgrade is worth it. The most frequent reasons for upgrading are:

Your Current Equipment Is Limiting

When you first got started with photography, you probably bought cheapish equipment to try it out and to see if you wanted to continue. Everyone does this, with everything from badminton rackets to sewing machines to cameras.

It’s OK to start out with out-of-date equipment. It’s still enough for basic photography, and it still takes a while for a beginner to truly master it. But eventually you realize that some of its features don’t suit you.

Now keep that exact realization in mind. That way, you can ignore the marketing slogans and instead focus on whether or not the new equipment you’ve picked addresses the limitations that your current equipment has.

When Should You Replace Your Camera?

It’s surely nice that new cameras are pushing the limits for resolution and shots per second. But will you ever really put that to use? The only time when you’ll care whether your camera takes three or seven photos per second is when you’re photographing sports or hummingbirds. If you’re photographing landscapes or shooting in a studio, you have other things to worry about.

Resolution—and related factors such as noise and dynamic range—is important if you use pictures at their actual sizes, or sell them. But a decent phone is enough if they’ll be put on Facebook.

You may have various reasons for thinking about getting a new camera: new functions, better controls, or faster handling. But if none of these are bothering you right now, it’s better to save your update for later. Or invest your money into different equipment that needs it more.

When’s the Right Time to Replace Your Lens?

If you own a DSLR or mirrorless camera, the lens is the main thing to care about when it comes to upgrading, since they nearly always have areas to improve and expand. You can even use the Statistics function in Zoner Photo Studio to see how your lens is limiting you. You can also check how many of your pictures hit your lens’ limits for focal length. If there’s a lot of them, then you probably need a longer lens—or a wider one.

Aperture statistics can also help you out. If all of your photos are taken at your smallest aperture, it might be time to buy a faster lens.

Your Current Equipment Is on the Brink of Death

Most gear doesn’t have a clear expected lifespan, so this is easier said than known. But some things do stop working gradually.

When it comes to cameras, you can mostly watch the expected lifespan for the shutter. While this is a very rough guide, and you can get it repaired, it’s not wise to invest into too many such repairs.

That’s why replacing your equipment even while it’s still usable makes sense here. It’s better to buy something new while selling the old item than to get into the situation where the new gear is now cheaper, but the old gear is unusable, and no-one wants it.

Your Current Equipment Is Unreliable

For example, if you get a cheap flash made in China, it initially doesn’t really matter if it doesn’t flash once in a while, or if it freezes in the winter. But if the problems become more frequent, the flashes don’t work, and the camera’s focus becomes random, it’s time for  a replacement.

Your Current Equipment Is Hard to Use

Some parts of your kit might be quite handy, yet hard to use. Let’s take as an example the extension tubes that I still sometimes use when shooting macro.

They’re original, they were very cheap, and they work, but they don’t transmit the signal between the camera body and the lens. So changing apertures with them is a hassle. When I realized I was using them often, I bought a slightly more expensive version that doesn’t have this drawback.

Sometimes the biggest temptation for buying new things is the opportunity to broaden your shooting possibilities! And that’s OK. This may be a drone, a flash, a fish-eye lens, a super-macro lens, a 360° degree camera, or anything else imaginable. It depends on which new functions you value the most.

It’s hard, though, to predict how useful an item will be. If you’re not sure, visit a photography equipment rental outfit and give it a test run first.

Actually, downgrading your equipment can also be handy sometimes. Usually you’ll do this reduce the weight, or at least size, of all the things you have to carry around.

This is also common when switching to mirrorless cameras like the Micro Four Thirds system. Their electronics are modern, and they’re light. Now, that’s in large part thanks to their slow lenses. But slow lenses don’t really matter when you’re shooting a landscape.

(Personally, I’d be glad if Canon were to make a full-frame telephoto lens equivalent to to the 70–400/8–11 and 16–35/8 types. I want to keep my full-frame camera body with me on the road because of its high dynamic range.)

You Don’t Need the Latest Equipment

Even though most of the internet is trying to convince us otherwise, the latest equipment doesn’t guarantee good photos. And it usually isn’t even needed. Although… there are always exceptions. If you want to take photos zoomed in to the molecular level, you really do need special equipment. And there are more areas of photography like that.

But for usual uses, the usual equipment suffices. After all, what’s really important is to be at the right place at the right time and to capture an emotion or express an idea. That’s what photography is all about.

Drone Photography: Everything You Need to Know Before You Start