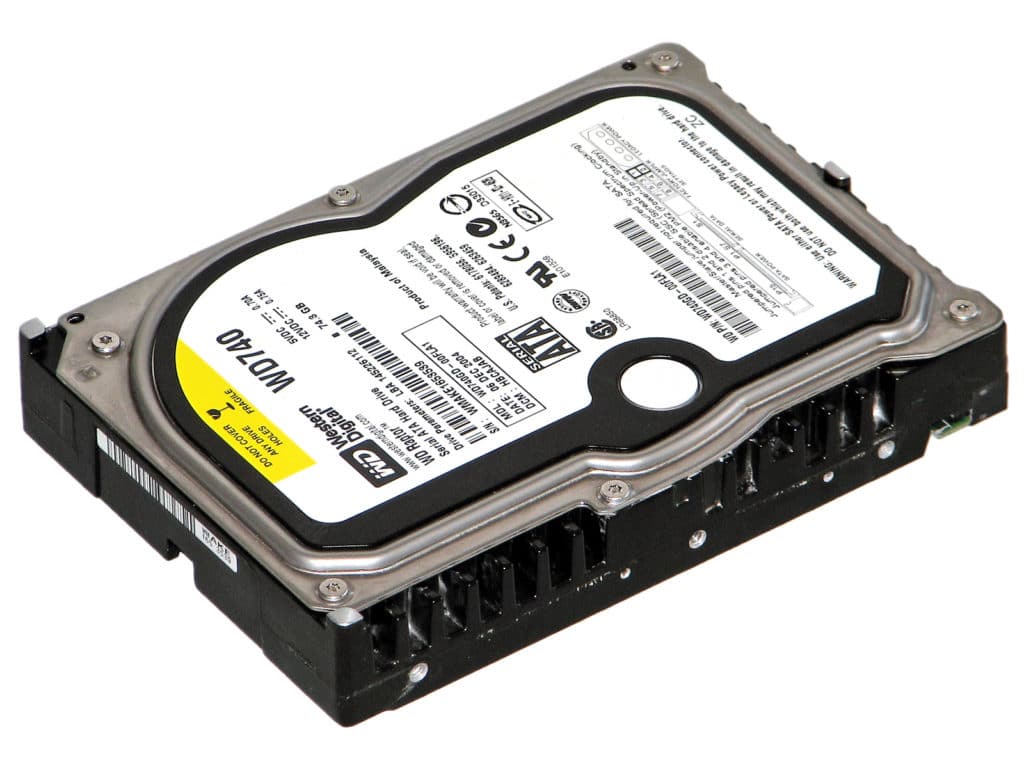 Hard drives are the heart of our digital lives. They house all of our precious data. When they fail, as they inevitably will, the results can be catastrophic, wiping out years worth of digital photos and videos.

That’s why it’s important to have an accurate understanding of just how long a given hard drive is likely to last — the better to anticipate the moment when it will fail.

While there’s no simple formula for knowing just when a drive will fail, a study from the online backup service Backblaze has helped shed some light on just how long hard drives last.

Backblaze has used over 25,000 “consumer-grade” hard disc drives in their data center. That gives them a fairly large set of hard drives to test. And here’s what they’ve found: 26 percent of those drives failed in the first year while 74 percent of them are still up and running after four years of continual use.

It’s worth reading Backblaze’s study (linked above) for the full technical details, but the short version is that they found that the failure rate of hard drives tends to increase after the third year in use. The company estimates that the median lifespan for a hard drive is probably six years (meaning that half of all hard drives will fail before the six year mark, half will fail after).

One critical component of hard drive survival is how they’re used. Backblaze’s drives are in constant use as consumers upload and back-up their data. As their study notes, the failures that generally impact drives over the first two years tend to be things like faulty construction or a random issue, but beyond that hard drives (which consist of moving parts) simply start to break down from repeated use.

That means you’re likely to enjoy more than the median life span of six years if you use an external hard drive that’s mostly disconnected and powered off when not in use.

Then there’s the related question of which drives tend to survive the longest. In a separate study, Backblaze found that Hitachi drives had the lowest failure rate after 36 months in use, followed closely by Western Digital (incidentally, Western Digital has purchased Hitachi’s hard drive business). Seagate, their third most popular hard drive brand, experienced more failures though the vast majority (73.5 percent) of their drives also survived the 36-month mark. (An important caveat here: Backblaze didn’t test every drive from each manufacturer, only certain models that could keep pace with their unique demands, so the sample pool is more limited than all the possible hard drives you could purchase.)

Unfortunately, not all hard drives give you a warning that the end is near. Failures can come on suddenly, wiping out your data before you’ve had a chance to migrate it to a newer drive. That’s why it’s important to use a cloud service, like Zonerama, to back-up your photos. This way, when disaster strikes your drive you’ll still have your photo collection secure in the cloud. It also makes sense to track just how old your computer and any external hard drives are — as they edge toward the six year mark, you’ll need to think seriously about migrating your photos to younger drives.

How to Turn Your Photos into an HD Video

6 Edits You’ll Do Better to Avoid

Great Ideas for Those Holiday Photos